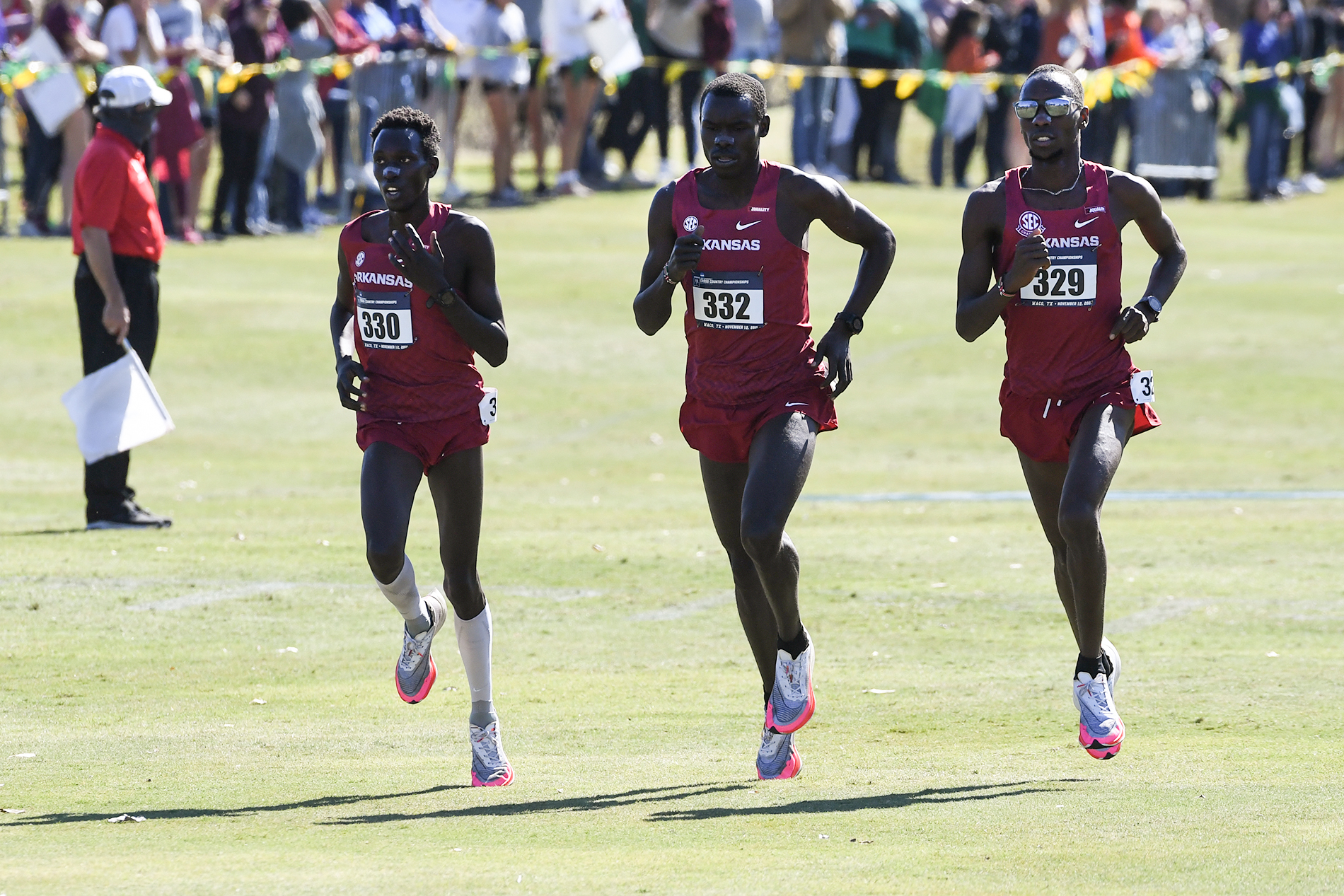 WACO, Texas – Arkansas scored 39 points as runner-up in the NCAA South Central Region, racing over the 10,000m course at Cottonwood Creek golf course on Friday, to secure an automatic qualification to the NCAA Championships.

Texas (1-3-4-9-18) won the team title with 35 points to edge the Razorbacks (5-6-7-10-11) by four points. Arkansas State finished third with 166 points. This marks the 17th time Arkansas and the Longhorns have claimed the top two positions in the region since 2000, with the Razorbacks holding a 14-3 edge between the two schools.

“We worked together and talked along the way, just carrying each other throughout the race,” said Kamboi. “That was the plan from the start. It’s fun to finish a race together, working up front during the race to make it easy. That is something that is nice, working as a team.

“It was a little bit windy today, you notice it more on the uphill portions of the course and that’s when it takes something out of you. We worked through it and it felt easy all the way.”

The Razorbacks compete in the NCAA Championships on Saturday, November 20, in Tallahassee, Florida.