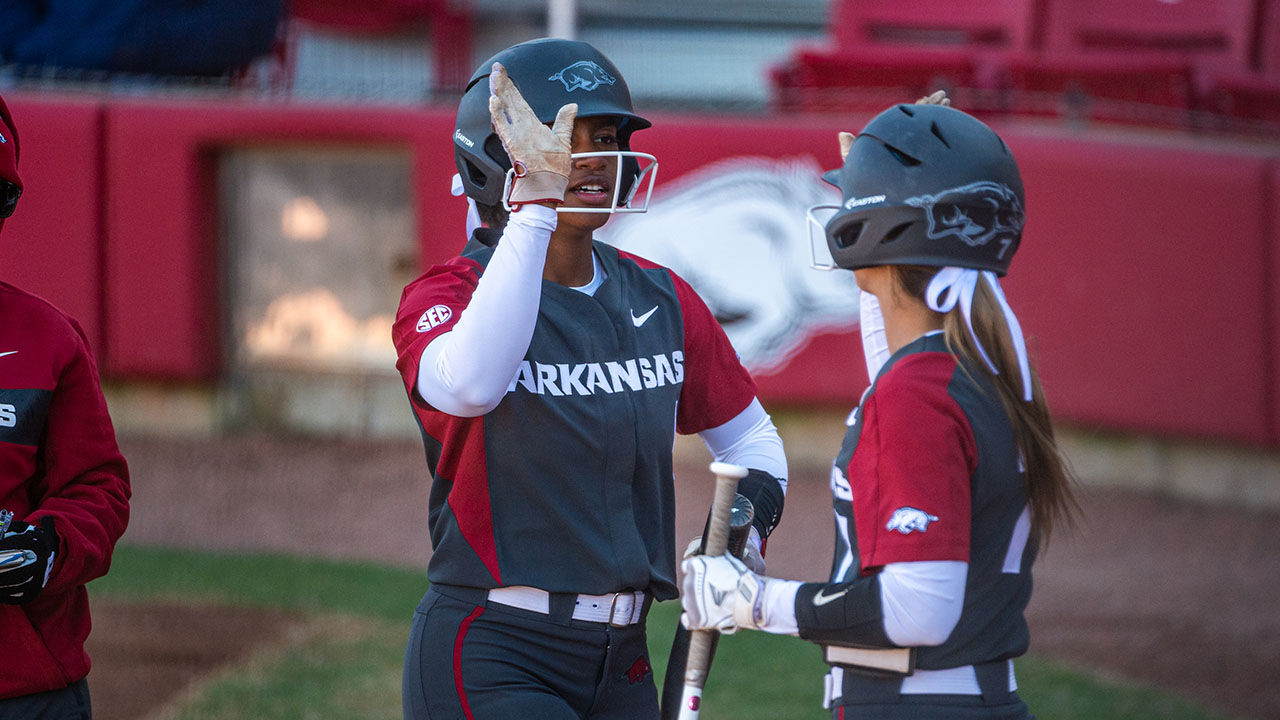 FAYETTEVILLE, Ark. – The University of Arkansas softball team (19-6, 1-2 SEC) earned a No. 19 ranking in the final NFCA (National Fastpitch Coaches Association) Coaches’ Poll. The Razorbacks moved up one spot from the previous poll after they won a pair of walk-off games against Kansas to close the shortened 2020 season. The final ESPN.com/USA Softball Poll credited Arkansas with a No. 21 ranking.

Despite only playing a single SEC series this season, the Razorbacks made it a memorable one winning their first game in Tuscaloosa since 2000 with a 1-0 triumph over No. 9 Alabama. Junior catcher Kayla Green garnered SEC Player of the Week recognition in the third week of the season, hitting .667 at the FGCU Invitational. Junior outfielder Hannah McEwen earned Softball America Shortened Season All-America Third Team honors after ranking third in SEC in on base percentage (.565) and seventh in batting average (.418). Senior pitcher Autumn Storms won the most games in the SEC (11) and became the third winningest pitcher in program history (59).

The Razorbacks were ranked in all seven releases of the NFCA and ESPN.com/USA Softball polls this season.