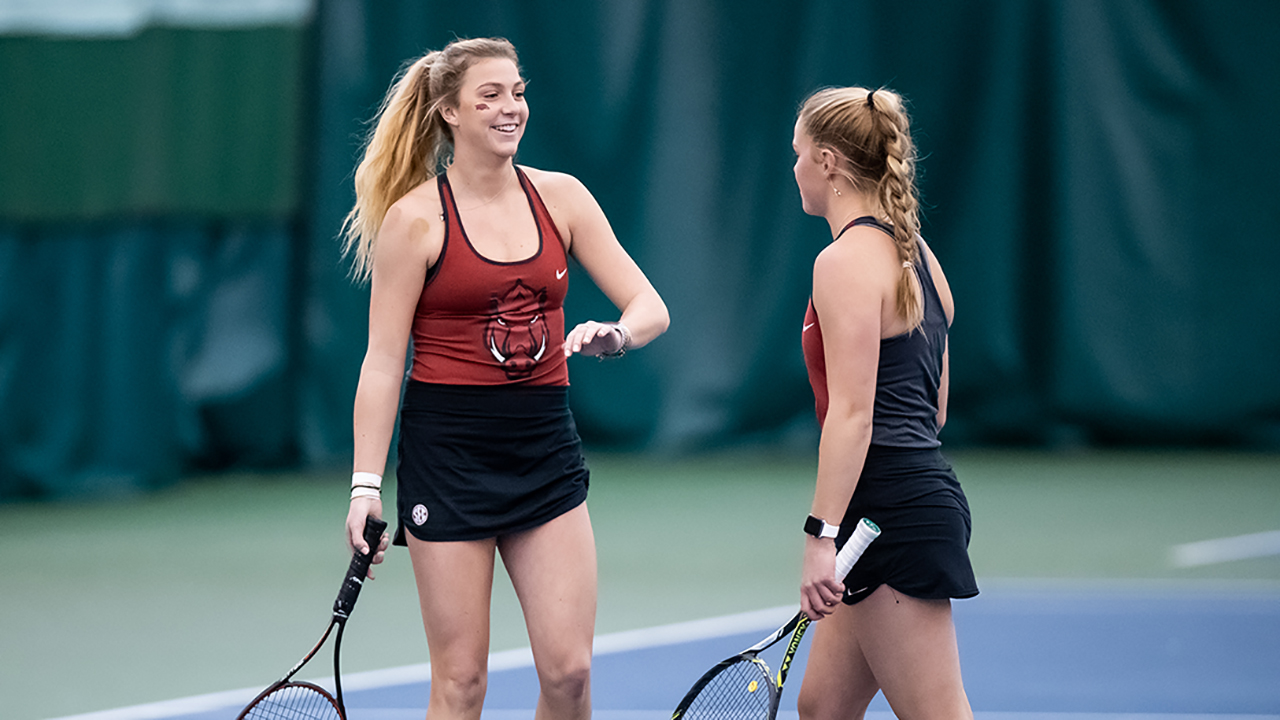 The successful summer started with Rijkers who competed at the MLTC Meppel NRT 2019. The Sophomore from Veldhoven, Netherlands has claimed four doubles victories this summer with her most recent being this past weekend at the Mijn KNLTB REO StaanArbo NRT Open with doubles partner Jasmijn Gimbrere.

South of the Border
Martina Zerulo and Myrna Olaya will represent the Razorbacks at the ITF Pro tournament in Cancun, Mexico. Zerulo beat Kendal Woodard 6-1, 6-4 in her first-round match yesterday, and will also compete in the doubles draw. Earlier this summer Zerulo played at Kansas ITA Summer Circuit in Lawrence, where she defeated Kansas’ Sonia Smagina to take home the title. Olaya is scheduled to take on Aiko Yoshitomi today at 12pm in her first-round match.

Summer Circuit
Four Razorbacks have been very active on the ITA Circuit this summer. Carr, Zerulo and the Rice sisters have represented the Hogs at Kansas, OU and The summer championships at TCU.

Carr and Zerulo had a strong showing at the Kansas ITA were they fell to Nebraska’s Reifis and Aragon in the Quarterfinals of doubles. In singles, Zerulo continued to excel as she powered all the way to the final and defeated Kansas’ own Smagina to take home the title.

The duo Tatum and Thea Rice did not disappoint taking the doubles title at the OU Summer circuit, along with Tatum winning 2nd place in singles. The Rice sisters recently competed at the ITA National Summer Championships in Fort Worth, Texas on the campus of TCU. Both Rice sisters won their first-round singles matches, and advanced to the Round of 16 as a doubles pair, and Tatum found herself advancing to the round of 16 in singles.