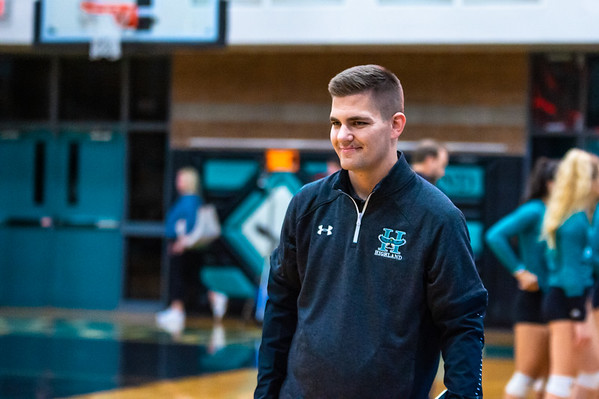 FAYETTEVILLE, Ark. – Ahead of his sixth year as the skipper of the Arkansas Razorback volleyball team, head coach Jason Watson has added Jordan Neal as the team’s new volunteer coach.

“The addition of Jordan serves to enhance our staff and the coaching we will provide our student-athletes,” Watson said. “Jordan is an accomplished coach, one that seeks to further his knowledge and teaching of the game.  I’m looking forward to work alongside him as we continue to build upon our most recent season.”

Neal comes to Fayetteville after serving as the head volleyball coach for Highland High School in Gilbert, Arizona for the previous seven seasons. At Highland, Neal holds the record for win percentage, state ranking and number of final four appearances. Under Neal, Highland had 11 All-State athletes and 21 All-Academic Team members.

“I am honored to accept a coaching position at the University of Arkansas,” said Neal. “A school with rich tradition, dedicated fans and the highest quality of people. I believe the hard work of the players and staff has positioned this program to compete at the top of the SEC. I look forward to joining that work, building relationships and facilitating even higher levels of performance. Go Hogs!”

A 2013 graduate of Ouachita Baptist University, Neal has degrees in both secondary education and mathematics. Neal and his wife Audrey met while attending Ouachita Baptist and moved to Gilbert, Ariz. after graduating to start his teaching and coaching career. The couple has one son, Carson and a new addition due in late October.