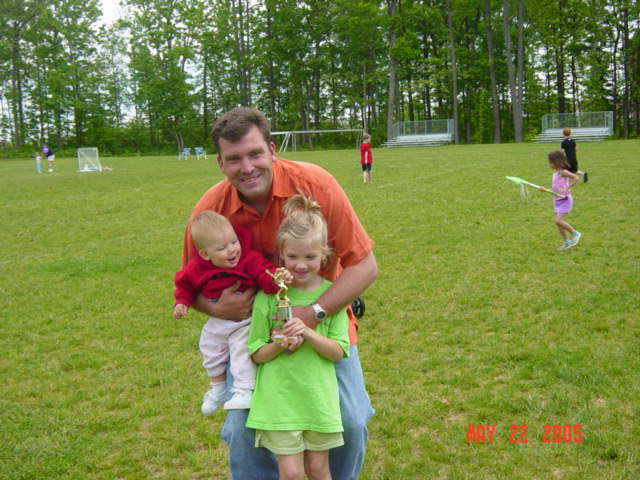 This time of uncertainty is tough for everyone, but getting to spend it with our dads makes it a little bit better. Last fall, we got a chance to sit down with Klaire Trainor, a current Arkansas volleyball player and her dad, Kendall, an All-American place kicker for the Razorbacks in 1987-88. The duo share a special bond, grown from their love of sports. Over the next few weeks, we will highlight more stories like Klaire and Kendall’s, featuring Razorback volleyball players and their dads, doing life together as current and former college athletes.

Bill said that Hailey made the decision when she was young that sports were important to her. “It has been fun watching her compete and work. My wife and I are very lucky. We’ve never had to tell her to study and when it comes to athletics, I’ve never heard her once say she doesn’t want to practice or put the time in. She’s always asked, ‘how can I get better’.”

Hailey’s dad, Bill was a captain for the 1988 Syracuse lacrosse team, helping guide the Orange to a 15-0 record and a national title.

“My favorite memory as an athlete is when I was a senior at Syracuse, I was fortunate enough to play in the final four and win a national championship,” said Bill Dirrigl. “The men’s lacrosse tournament is played over Memorial Day weekend and the championship is played on a Monday. At the conclusion of the game and everyone had left the locker I just sat there. My head coach came over to me and I told him I didn’t want to leave. And he said you’re an All American, you’re the team captain and you just won the national championship… go enjoy your family.”

“For me growing up with a collegiate parent was no different than any other parent for the majority of my life because my dad is a very humble man,” Hailey Dirrigl said. “He rarely talks about his collegiate days and the mounds of success he had, from when he was young all the way through adult years and playing in the pro league.”

“It wasn’t until I became serious with recruiting and wanting to play at a very high level myself that he shifted gears into a former athlete mindset. He had firsthand insight into what it is like being a student-athlete and the demands that come with being a collegiate athlete. He helped guide me to be in the right mindset throughout high school and prepared me as to what was about to happen come college. So, while I hadn’t gone through all the same things he went through, I had a good idea of what college would be like and how I would need to mentally prepare for certain challenges and obstacles along the way.”

“My favorite memory of Hailey is not a funny story but one that started to define her as a person. We moved from Maryland in the summertime of her sixth-grade year and she wanted to try out for a local club volleyball team, up until this point, all Hailey knew was lacrosse, playing it for the five or six years prior to moving. Honestly, she probably had a stick in her hand by the time she could walk.”

“As a parent I didn’t know any better and wasn’t too familiar with the sport of volleyball and Hailey showed up to tryouts with high-top basketball shoes and basketball shorts. By the end of the tryout, she was told she didn’t make the team. That night my wife and I spent time speaking with her because she was upset. The next day we spoke, and she made it quite clear that the next time she tried out for something she’d be good enough to make the team.”

“When I was cut from my first club tryout and I was devastated and embarrassed,” said Hailey. “All my friends at that time made the team and I was one of only a couple girls that got cut. That night as I was crying on my bed, my parents came into my room and all I remember is my dad telling me that if this is something I truly want to do, he will do everything he can to help me reach the highest level of competition. And he has kept his word to this day.”

"Truthfully, volleyball is one of the main reasons why we are as close as we are," said Hailey." "Since leaving for college I still call and talk to him every day. I let him know how I feel practices are going for me and how I’m improving in the weight room. And he always gives me a little bit of advice. We have an amazing bond and I think we both can thank the sport of volleyball for that." 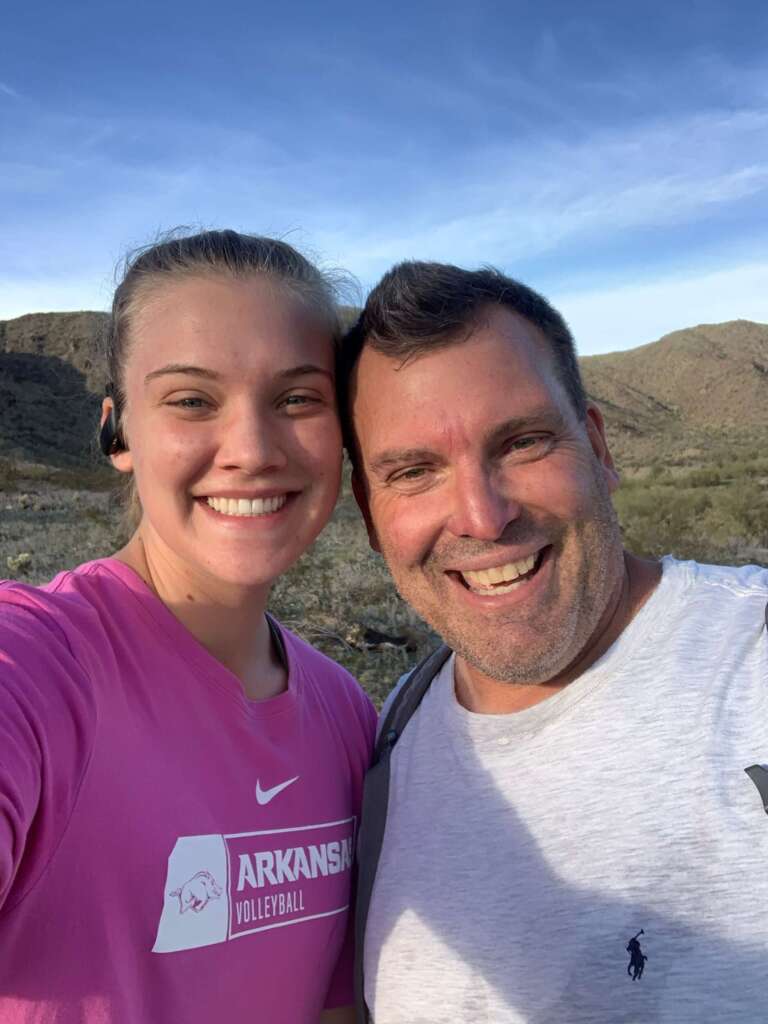 “I could probably write a novel with all the knowledge I have learned from my dad, in not only sports but also in life,” Hailey said. “He has been through many different situations and has experienced so much in athletics alone that he is one of my most valuable resources when it comes to looking for advice or input.”

“He has always told me that if I outwork everyone, no one will ever doubt me. I have carried that mindset ever since, staying with me from when I played lacrosse to now. To keep that mindset I do extra workouts, I go to Barnhill when no one else is there, I watch film on myself, all so that I can get better every day. I want to be the best player I can possibly be for Arkansas and I will do all that I can to accomplish that goal.”