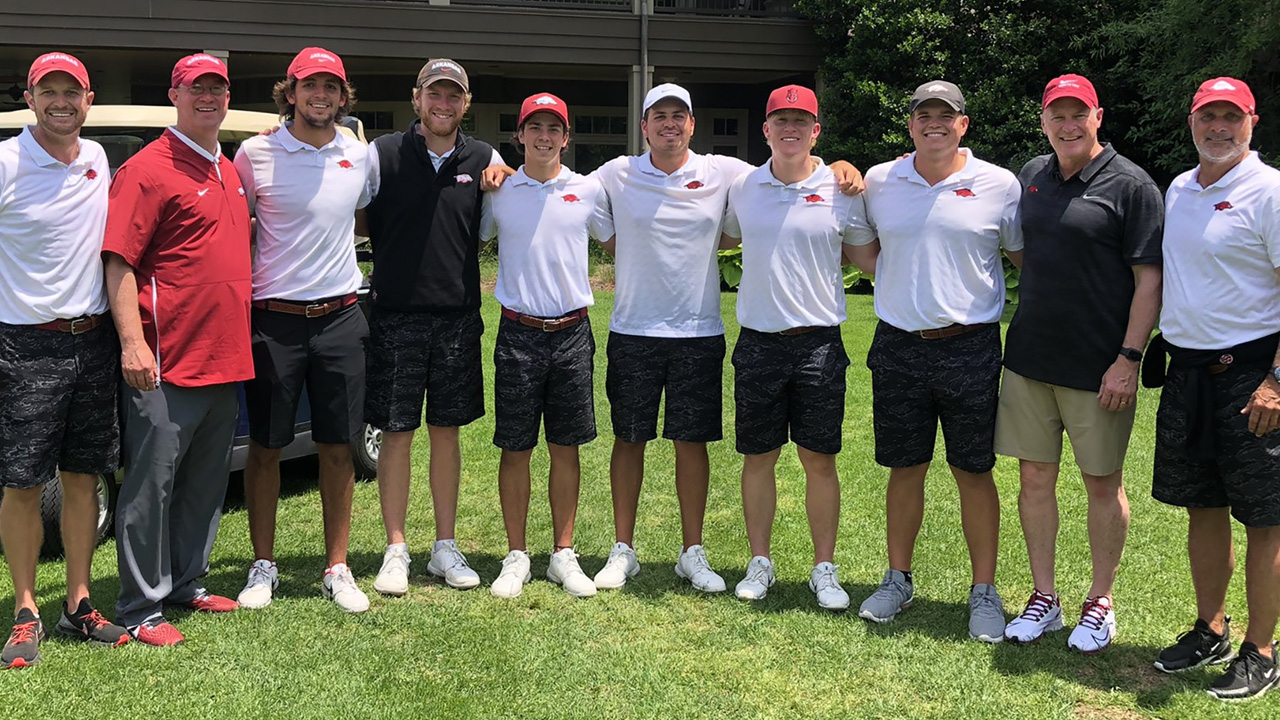 KINGSTON SPRINGS, Tenn. – On the strength of a record-setting round by Tyson Reeder, Arkansas moved up one spot to finish runner-up at the 2021 NCAA Kingston Springs Regional and to earn a berth to the 2021 NCAA Championships, held May 28- June 2 in Scottsdale, Ariz., at Grayhawk Golf Club’s Raptor Course.

“We are really proud of this team,” head coach Brad McMakin said. “Our veteran leadership and experience were the contributing factors for punching our ticket to nationals. Tyson had a phenomenal last round. We are excited for this group and look forward to the opportunity to compete for a national championship in Arizona.”

William Buhl, who shot a final-round, even-par 71, finished eighth for his first career top 10 at a Regional and his 54-hole score of 209 ties for the third-best total by a Razorback at a Regional behind Reeder’s 206 and three at 208.

Reeder and Buhl mark the first Razorback teammates to record top 10 finishes in the same Regional since Austin Cook (2nd) and Taylor Moore (8th) led Arkansas to a runner-up finish in 2013 at the NCAA Fayetteville Regional.

Reeder, tied for 14th after 36 holes, charged out of the gate with birdies on two of his first three holes. Then, the graduate senior eagled the par-5, 7th hole to get to -5. After three pars, Reeder had a birdie on the par-5, 11th then birdied the par-5, 17th to sit at -7 and had a share of the lead with Puwit Anupansuebsai, who had a double bogey on the 14th. A bogey on the 18th, which played as the second-toughest hole in the final round, and four straight pars by champion Anupansuebsai forced Reeder to settle for the second.

Buhl returned to his All-American form prior to back surgery this past fall. The fifth-year senior held the lead during each of the first two rounds and carded an even-par 71 to finish in a tie for seventh (69-69-71=209/-4) and four strokes off the lead. Buhl posted 16 pars in the final round and offset a double bogey with two birdies for his even-par round. 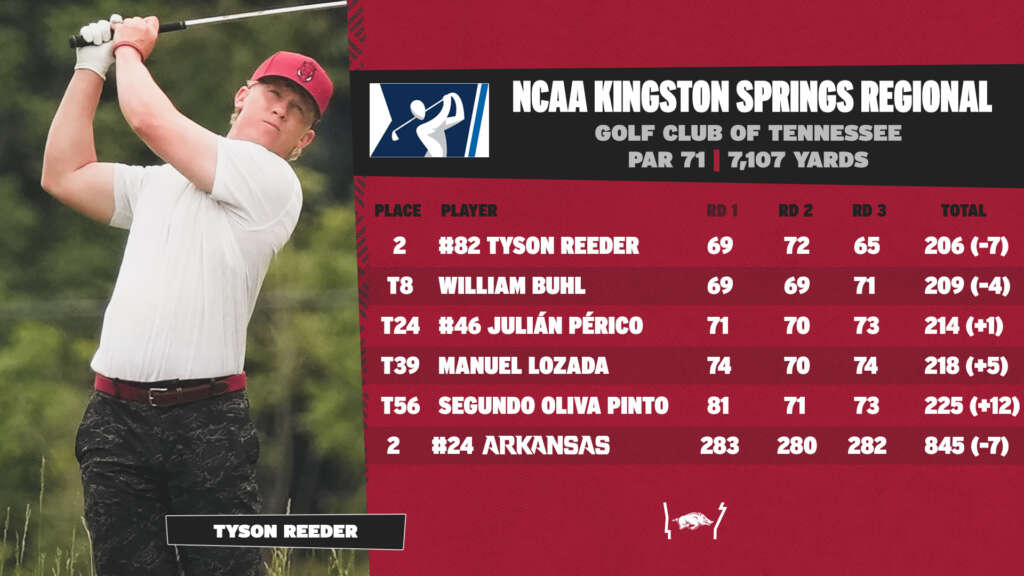