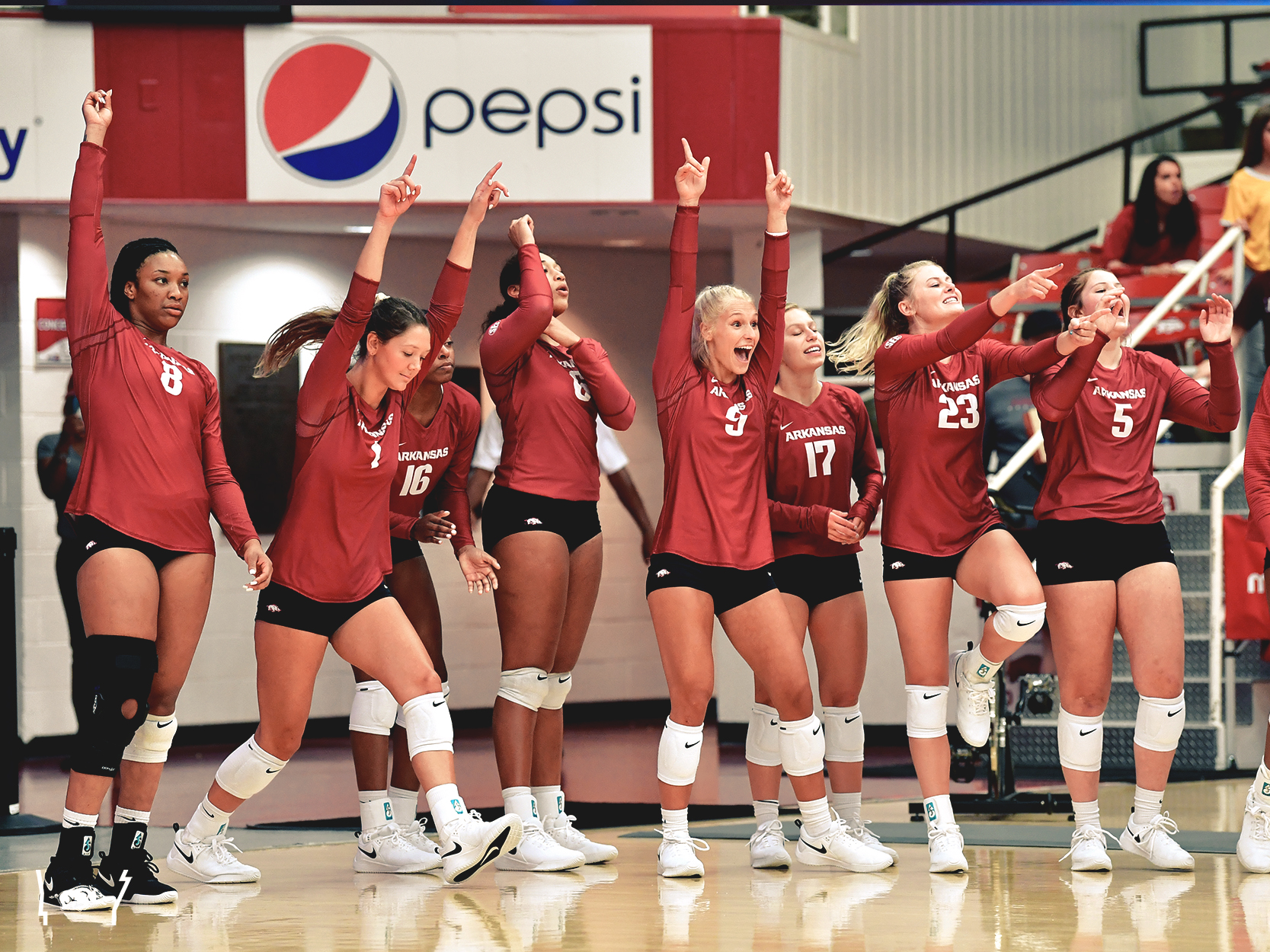 FAYETTEVILLE – Trailing by two sets in its final match of the Arkansas Classic, the University of Arkansas Volleyball team ignited a fire and battled back to win the final three sets and defeat opponent Montana State, 3-2 on Saturday morning. The Razorbacks’ win helped them claim the tournament title for the second consecutive year after defeating Northwestern State and Little Rock on Friday.

Notables
Freshman Jillian Gillen joins the elite list of 25+ kill performances, she is one of 22 players all-time at Arkansas.
Sophomore Ellease Crumpton posted 11 kills behind a match-high .688 hitting percentage.

It was a slow start for the Razorbacks on Saturday morning, always within a few points of the Bobcats, Arkansas just couldn’t manage to pull ahead of Montana State. MSU dominated the entire first set as Arkansas was unable to make up for its errors, both offensively and defensively. Eight service errors and double-digit attack and reception errors would prevent the Hogs from ever starting a rally.

Things began to turn in favor of the Hogs in the third set, as Arkansas recorded 16 kills and a .367 hitting percentage. Arkansas took the first two points of the set with back-to-back kills from Gillen and freshman Maggie Cartwright. Gillen and Cartwright would each contribute four kills apiece in the third set and the Razorback defense held Montana State to only five kills total in the third, hitting only .030 at the net.

Arkansas kept the pressure on the Bobcats, throwing down 17 kills and recording four service aces, one each from Rippee, Crumpton, Gillen, and Cartwright. After jumping out to a 4-0 lead, the Hogs looked to have the fourth set in the bag, but five unanswered points by Montana tied the score at 16-16 late in the set. Arkansas maintained its composure and closed out the set on a 9-2 run.

The Hogs and Bobcats went back and forth in the fifth set with Montana State holding onto an 8-6 lead at the break. Leading 14-13, down to the wire, Cartwright served up the only Razorback ace in the set, helping the Hogs secure the 15-13 final set win.

Arkansas will practice early next week as they prepare for a trip to the west coast for the SDSU/USD Challenge in San Diego, Calif. hosted by San Diego State.