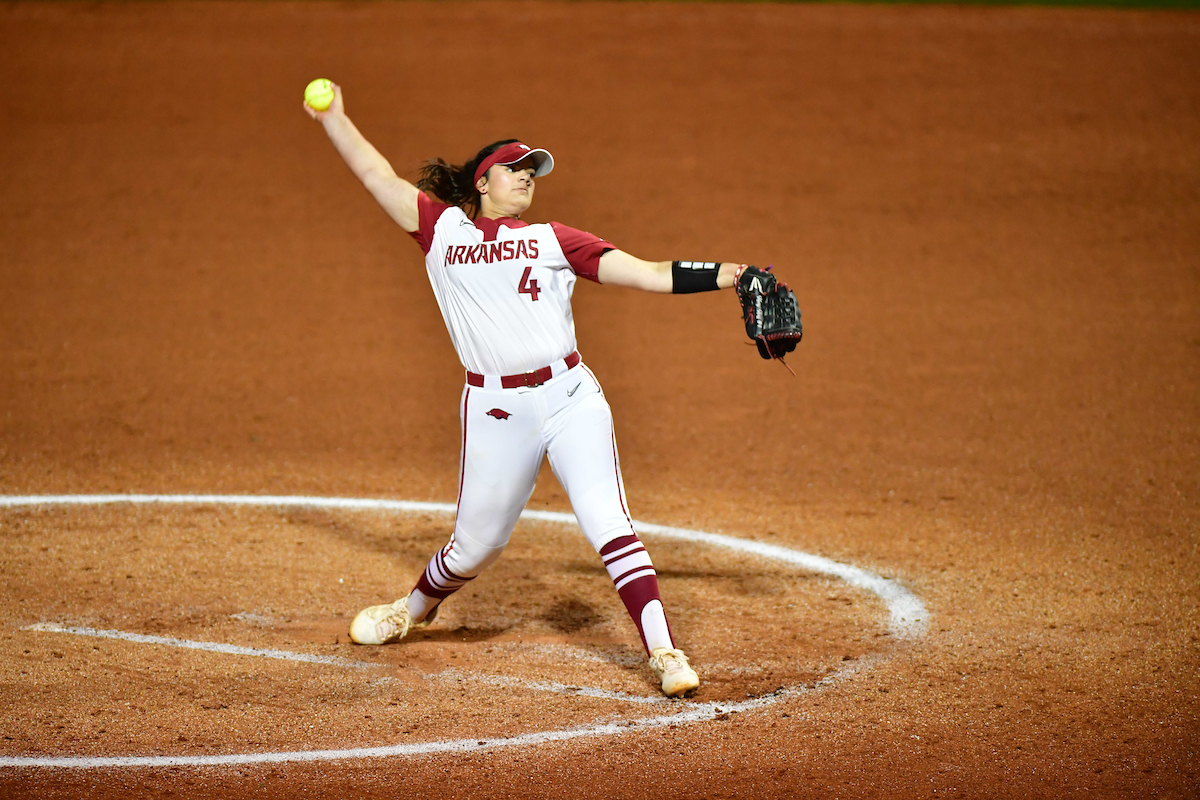 GAINESVILLE, Fla. – Linnie Malkin set a new program record in home runs and Mary Haff spun a complete game shutout to propel No. 5 Arkansas to a 3-0 win against Ole Miss Thursday night at Katie Seashole Pressly Stadium. The Razorbacks advance to the 2022 SEC Tournament semifinals and will face No. 13 Florida at 4:30 p.m. CT Friday.

Arkansas improves to 42-9 on the season while shutting out its 11th opponent.

Haff (18-4) dealt nine strikeouts to become the second Razorback to surpass 800 career strikeouts. The righthander worked one 1-2-3 frame and allowed just two extra base hits in seven innings of work to cruise to her third solo shutout and sixth complete game of the season. Additionally, Haff picked up her 26th career shutout to tie the program record.

Sides began the bottom of the first with a walk and eventually moved to second on a ground out. Next, Sides prompted an Ole Miss error by tiptoeing just enough off second to draw a throw that went back into the outfield and allowed her to score.

Arkansas strung together its second run in the second frame on Malkin’s solo homer to left.

Hoffmann tattooed a solo shot to right in the fifth to extend the lead to 3-0.

Arkansas and Florida square off in the 2022 SEC Tournament semifinals at 4:30 p.m. Friday on ESPN2.