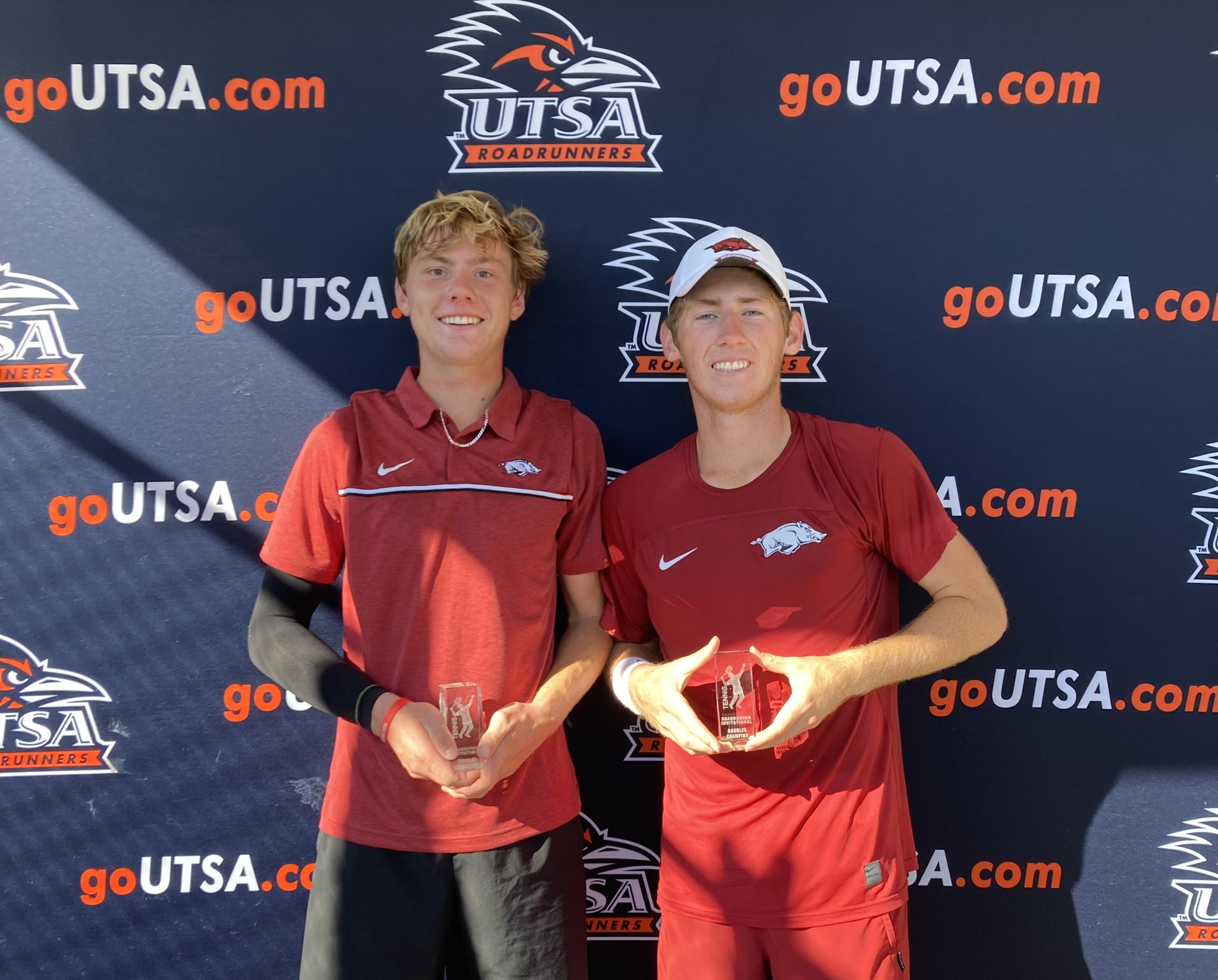 The fall season continues to see Arkansas Tennis stack results, as the Razorbacks won two draws this weekend and placed second in another in the ITA Roadrunner Invitational held by UTSA in San Antonio. Freshman Jake Sweeney had a big weekend, taking home two first-place honors, winning in singles as well as his doubles draw with Razorback sophomore Avery Zavala.

Arkansas brought four Hogs to San Antonio for the ITA tournament: Sweeney, Zavala, freshman Foster Rogers and sophomore Riccardo Trione. Sweeney and Rogers both made the final of their singles bracket, winning three matches each en route to the final, and Sweeney prevailed in the championship over his teammate Rogers in a tight match, 7-5, 3-6, 10-4.

Sweeney and Zavala won all three of their matches in the main draw of the doubles, claiming the title after beating Ryuya Ata and Kyohei Yamanaka from Texas A&M-Corpus Christi, 8-6.

Trione and Rogers made it to the quarterfinals of their doubles side after beating Daichi Akiyoshi and Miguel Cabrera from the University of Texas-Arlington, 8-6.

The Razorbacks will be back on the court starting Oct. 2 when they travel to Tulsa to compete in the ITA All-American Championships in Tulsa, Okla.