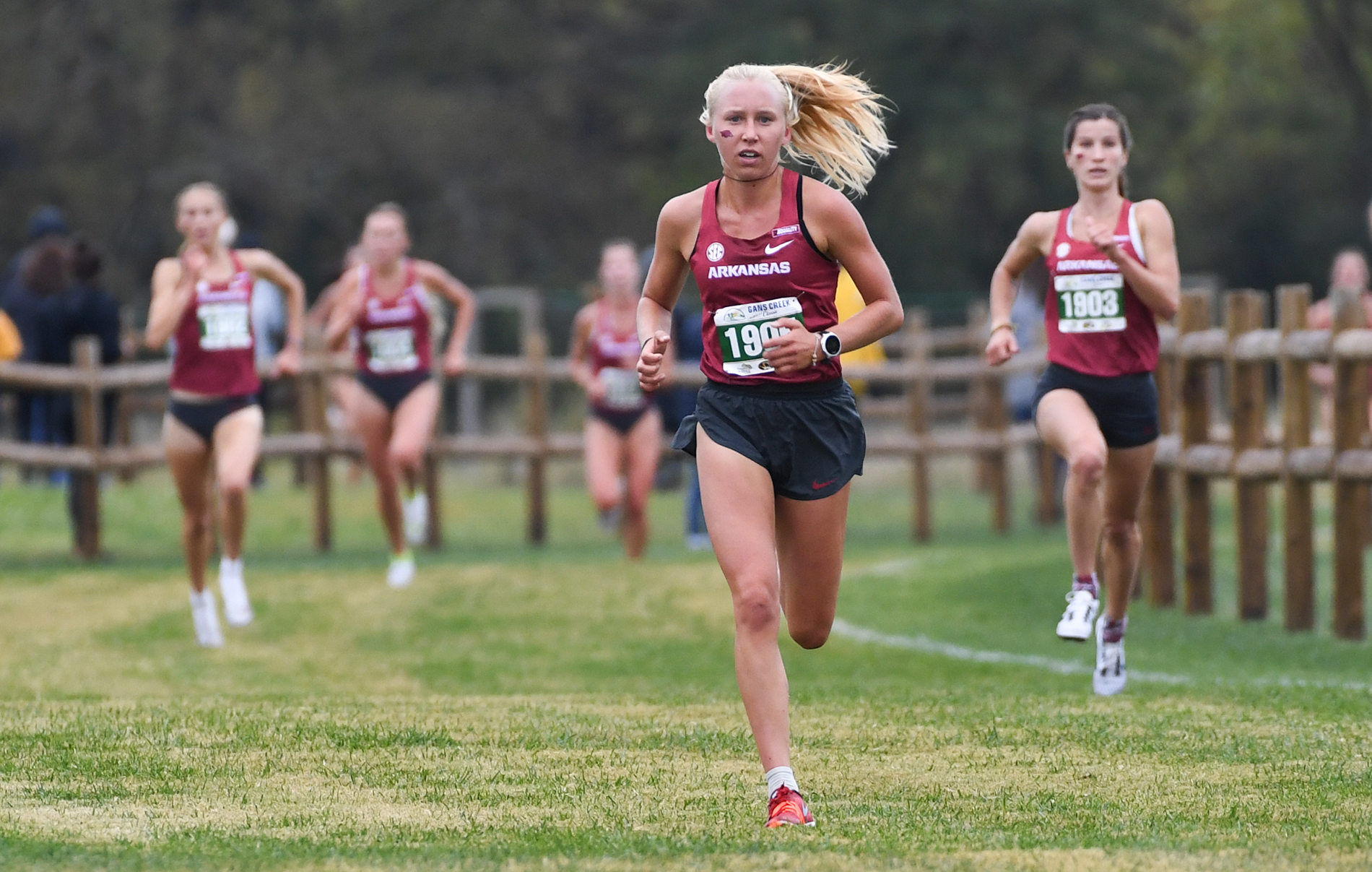 COLUMBIA, Mo. – Lauren Gregory led the Razorbacks to a team title in the Gans Creek Classic, placing second overall in a time of 20 minutes, 6.2 seconds over 6,000 meters, as Arkansas scored 20 points for the victory.

The Razorbacks occupied places second through ninth, the crew of eight separated by 35.5 seconds. Arkansas’ first five finishers were separated by 18.9 seconds.

“It was great to have a total team effort and have everybody on the line for the first time,” said Arkansas women’s head coach Lance Harter. “This turned out to be an absolutely beautiful course that I think deserves to be a national championship site. We’ll be here next year for the SEC Championships, so this was an opportunity for us to preview what it’s all about.

“Lauren Gregory is starting to show her experience and, obviously, her talent. She led the way but was followed closely behind by a mass of Razorbacks. We’re super excited and in two weeks we will have another opportunity when we go to Texas A&M and see some new faces.”

“It was a fun course,” stated Gregory. “It reminded me of past courses in Wisconsin or Terre Haute a little bit. We had a plan to just run with a group of Hogs and it worked out. We had a large squad racing today, it’s always fun to run with this many girls.

“We’re all just getting back used to racing. That first race was just a bit of a shock to everyone’s system. Now it’s like kind of refining it and we have something to base it off of, so we’re just working together and getting better.”

“We had a great effort today,” noted Harter. “Again, our depth rings through and had exceptional depth across the board, in our front group and then in our second group they had a great race day.

“We had big PRs across the board and that’s what we’re super excited about. These kids are really coming on.”