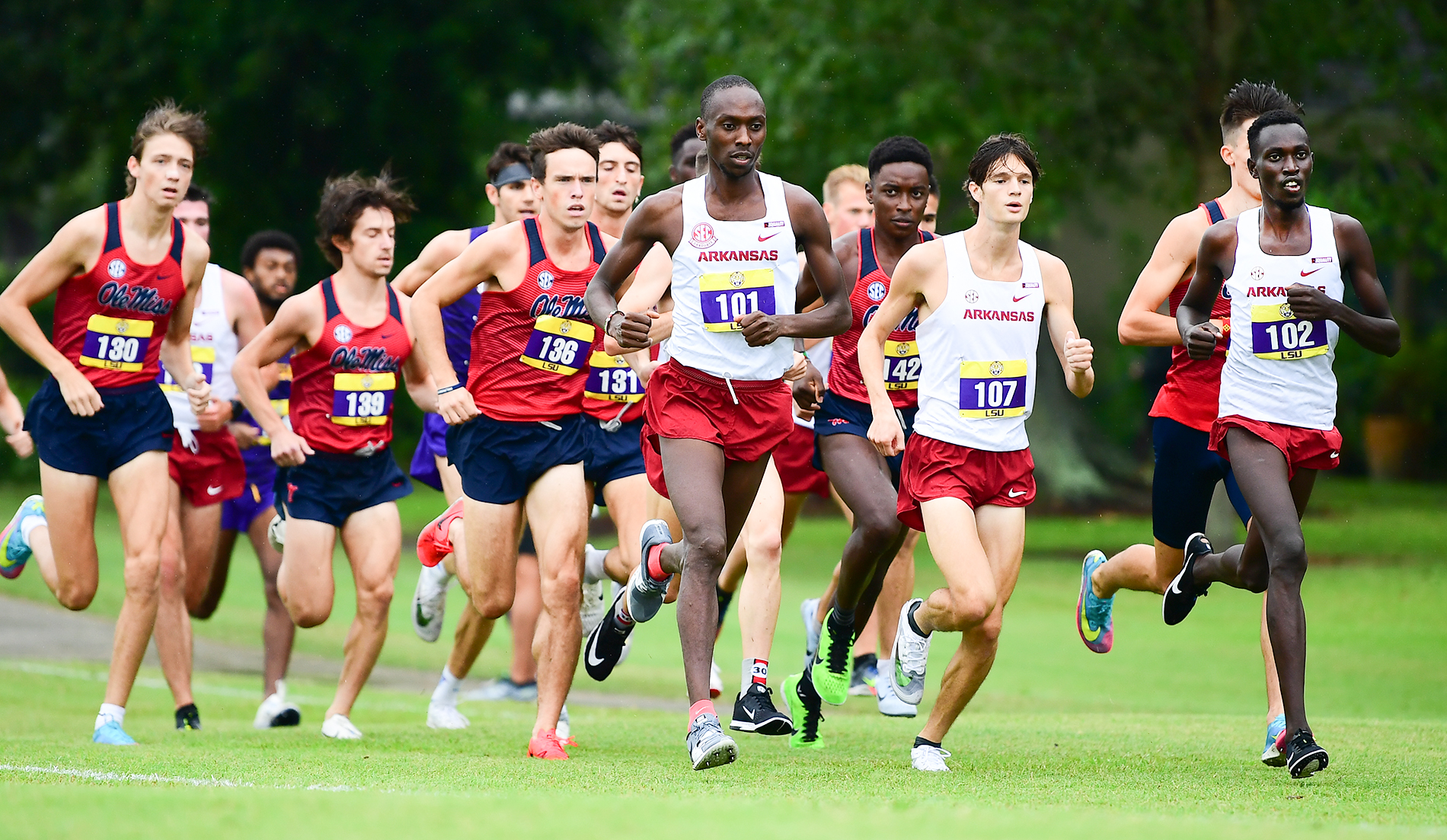 BATON ROUGE, La. – An early season race between Arkansas and Mississippi to open the 2020 cross country campaign was won by the Razorbacks with a 29-37 outcome during the SEC Preview meet hosted by LSU on the University Club course.

“It was a good day to race and we accomplished a lot today,” said Arkansas head coach Chris Bucknam. “Mainly getting on the course that will host the SEC Championships, and also just getting back to racing again.

“I don’t look too deep into the team victory because we were missing some guys and maybe Ole Miss was as well. For the most part it was a chance for us to measure our guys and see where we’re at in starting the season. That was the main thing.”

Racing a 6,000m distance, Emmanuel Cheboson led the Arkansas squad with a time of 17 minutes, 24.9 seconds to finish as runner-up behind the winning effort of 17:23.3 by Mario Garcia Romo of Mississippi. Razorback Jacob McLeod placed third in 17:26.3.

“Emmanuel and Jacob both put on a singlet for the first time in cross country for us,” noted Bucknam. “Both of them ran very well today. Emmanuel had a six-month head start on Jacob in regards to being familiar with the training, coaching and the team. Jacob had a short learning curve and did a great job this weekend.”

“It was nice to win, but we realize it’s going to be a whole different level in a month and a half when we return for the conference meet,” said Bucknam.

Finishing behind the Razorbacks and Rebels in team scoring were Texas A&M (85) and LSU (96).