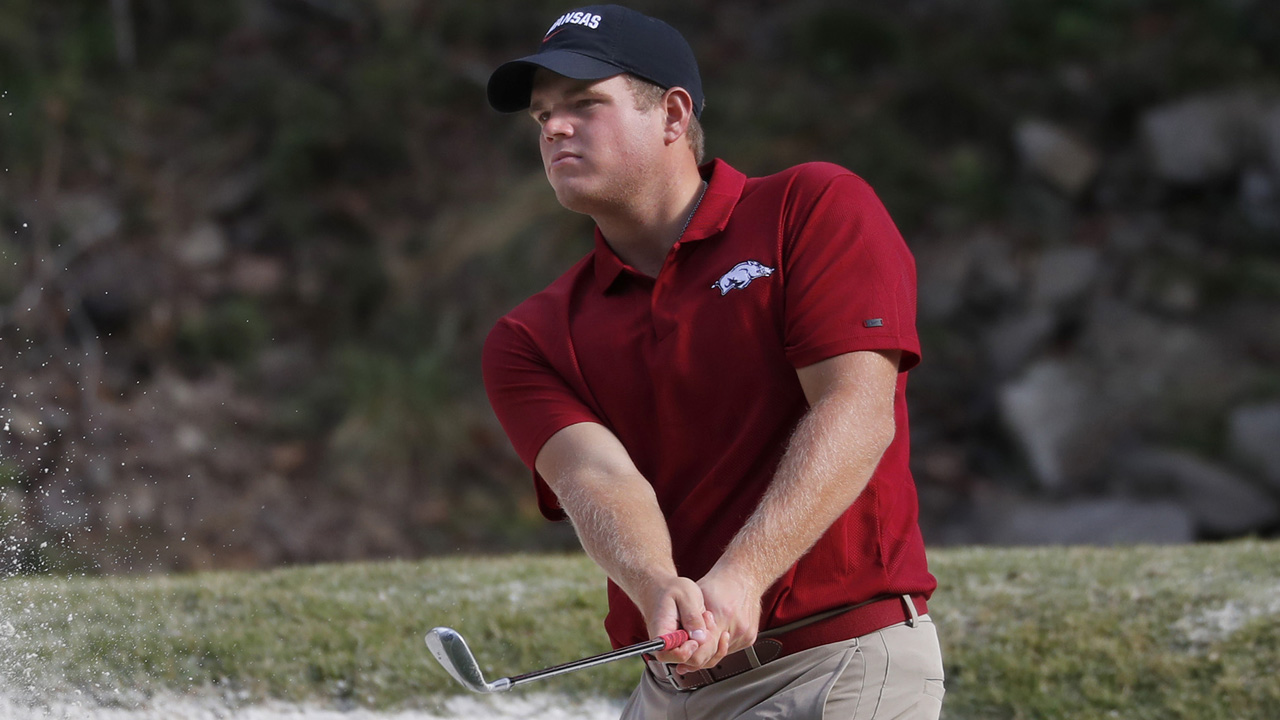 VESTAVIA HILLS, Ala. – For the second straight day, Arkansas posted an even-par round of 280 and moved up two spots into a tie for seventh at the Jerry Pate National Intercollegiate, played at Old Overton Club (par 70, 7,204 yards).

Overall, Arkansas continues to trail only Georgia (41) for most birdies with 40.

The Razorback had a pair of eagles on Monday. Tyson Reeder ended his day by holing his second shot on the 494-yard, par-4, 18th from the fairway. Reeder has turned in back-to-back rounds of even-par 70 and is tied for 29th. Julian Perico recorded his team-best fourth eagle of the season with a 3 on the par-5, 16th. Perico is tied for 39th with consecutive rounds of 71.

The third and final round is set for Tuesday. 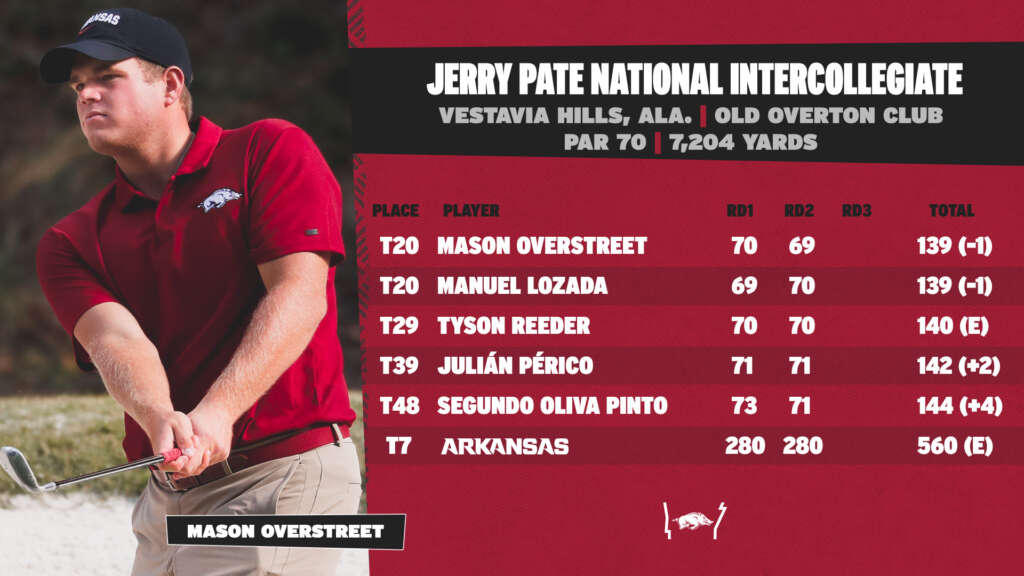