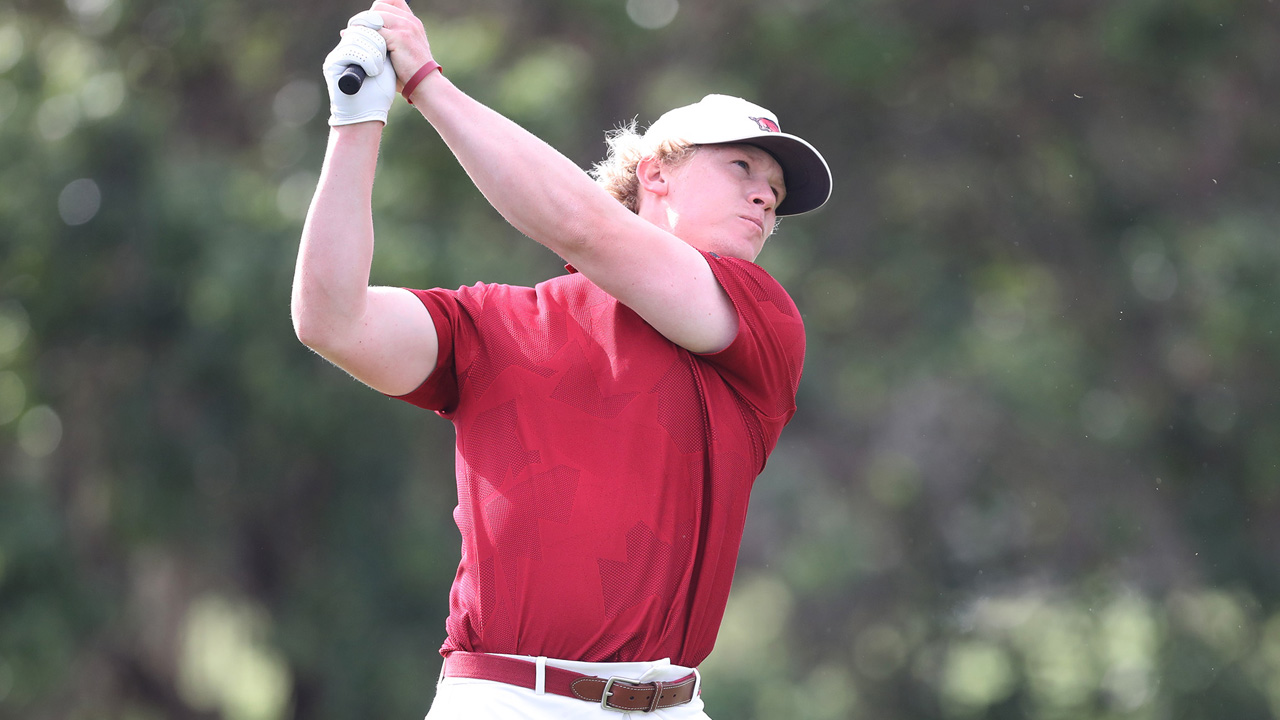 KINGSTON SPRINGS, Tenn. – Tyson Reeder and William Buhl are tied for eighth while Julian Perico is tied for 19th to lead #24 Arkansas after round one of the NCAA Kingston Springs Regional, played the Golf Club of Tennessee (par 71, 7,107 yards). Thanks to a strong finish by the trio, the Razorbacks are in sixth with a 1-under-par round of 283.

Reeder, starting on hole 10, was even par after 11 holes. However, he had birdies on back-to-back holes and finished with four pars for his 2-under round of 69. Buhl, who was tied for the lead after nine holes at -3, fell back to even par due to a bogey and a double bogey. The fifth-year senior rallied to birdie two of his last three holes to card his 2-under 69.

Perico started with six straight pars before going bogey-birdie-bogey to close his front nine at +1. The junior fell to 4-over after a triple bogey on his 12th hole. Perico immediately responded with a birdie, had an eagle and closed his round with a birdie for an even-par round of 71.

Round two of three is set for Tuesday. 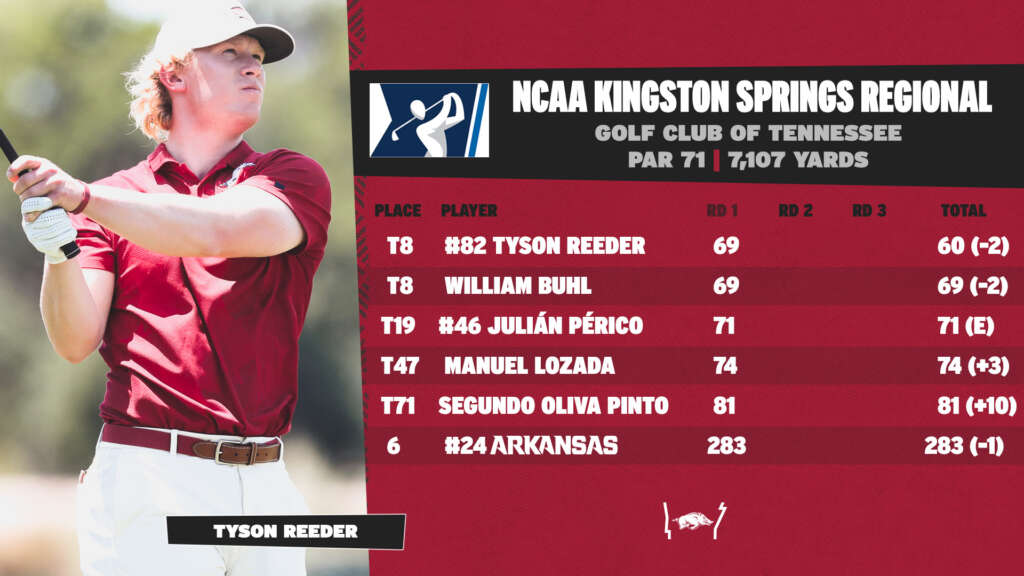