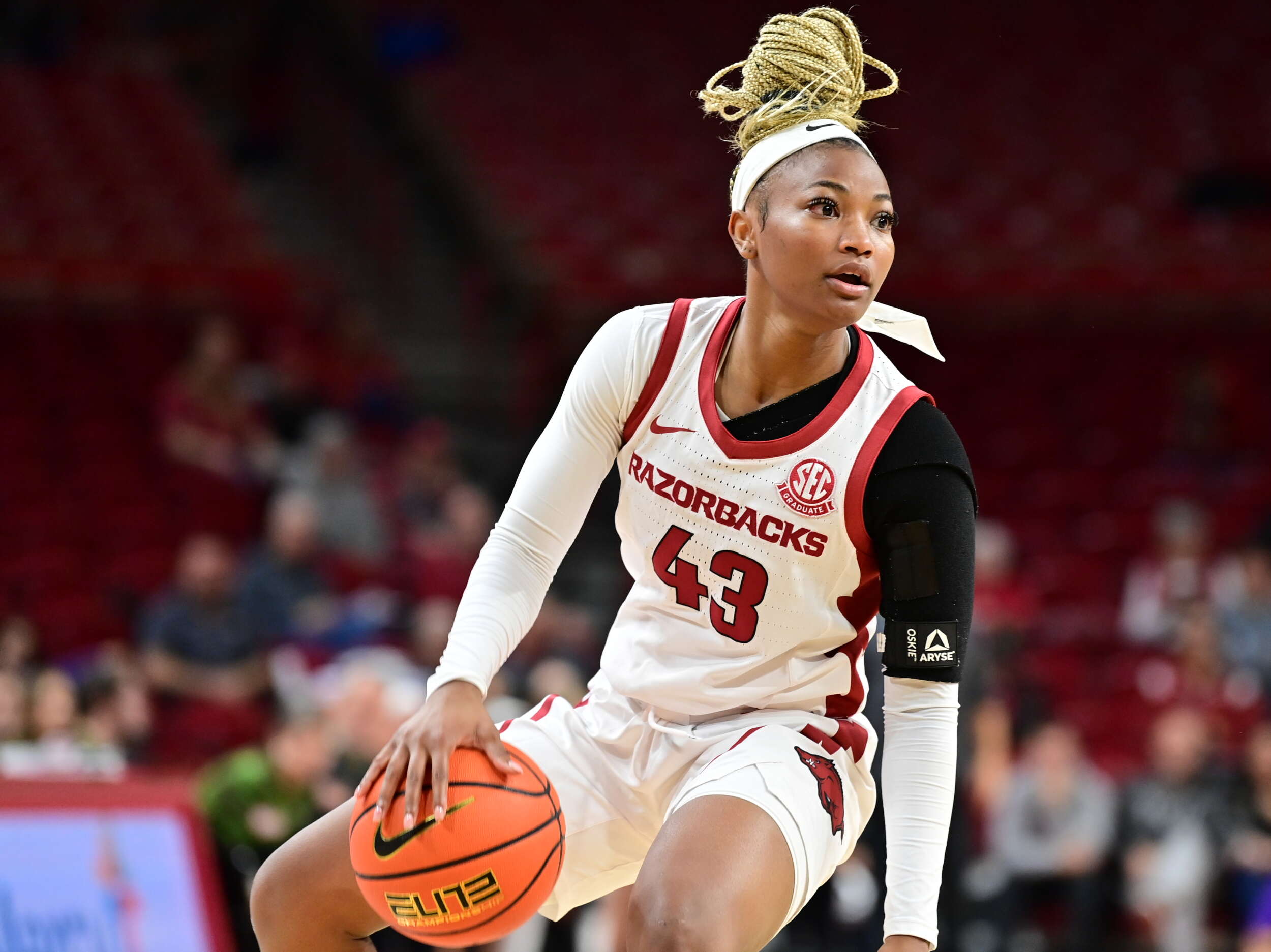 FAYETTEVILLE – In front of an energetic, loud crowd of 7,410, Arkansas women’s basketball (2-0) showed out in its home opener with a 72-34 victory over Central Arkansas (0-2). On the first Elementary Day since 2019, the crowd filled of screaming kids from local schools and the Hog faithful cracked the top-15 in best home attendance in program history. Erynn Barnum led the way with a near double-double of 19 points and nine rebounds, while going 9-for-9 from the free throw line.

The Razorbacks began the game with turnovers on their first two possessions, allowing UCA to get on the board first after going 2-for-3 from the free throw line. That lead UCA took was their lone of the game, as Arkansas led for the remaining 39:09 of the contest. To get the Razorbacks’ offense going, Makayla Daniels fed Barnum underneath the basket and then Daniels made a layup of her own, as Arkansas led 8-3 at the media timeout taken with 4:32 left in the first quarter. Although it took some time for Arkansas to get rolling offensively, UCA had more trouble, as the Sugar Bears didn’t log a field goal until 3:36 left in the first quarter. Jersey Wolfenbarger logged a 3-pointer at the buzzer to put the Razorbacks up, 16-9.

Arkansas tallied its first four points of the second half off free throws. Carr helped the Razorbacks extend its lead to 26 points off a 3-pointer with 6:44 left in the third. Off the bench, Maryam Dauda started to heat up, making a layup, as Arkansas was ahead 48-20 with 4:27 left in the frame. Arkansas outscored UCA 17-10 in the third quarter to lead 52-24 going into the final 10 minutes of action.

UCA opened the fourth quarter with back-to-back 3-pointers, but still trailed 54-30 with 9:02 left in the game. Saylor Poffenbarger showed she can defend as well, tallying back-to-back blocks to then set up Langerman for her second 3-pointer of the game. Barnum began to heat up, scoring nine of her career-best 19 in the fourth. Arkansas went up by 40 points off a driving layup from Wolfenbarger with 56 seconds left, but UCA was able to break its nearly seven-minute scoring drought with less than a minute left in the game. Arkansas still cruised to a 72-34 win.

Arkansas will continue its homestand, as the team hosts Tulsa on Monday, Nov. 14 at 7 p.m.