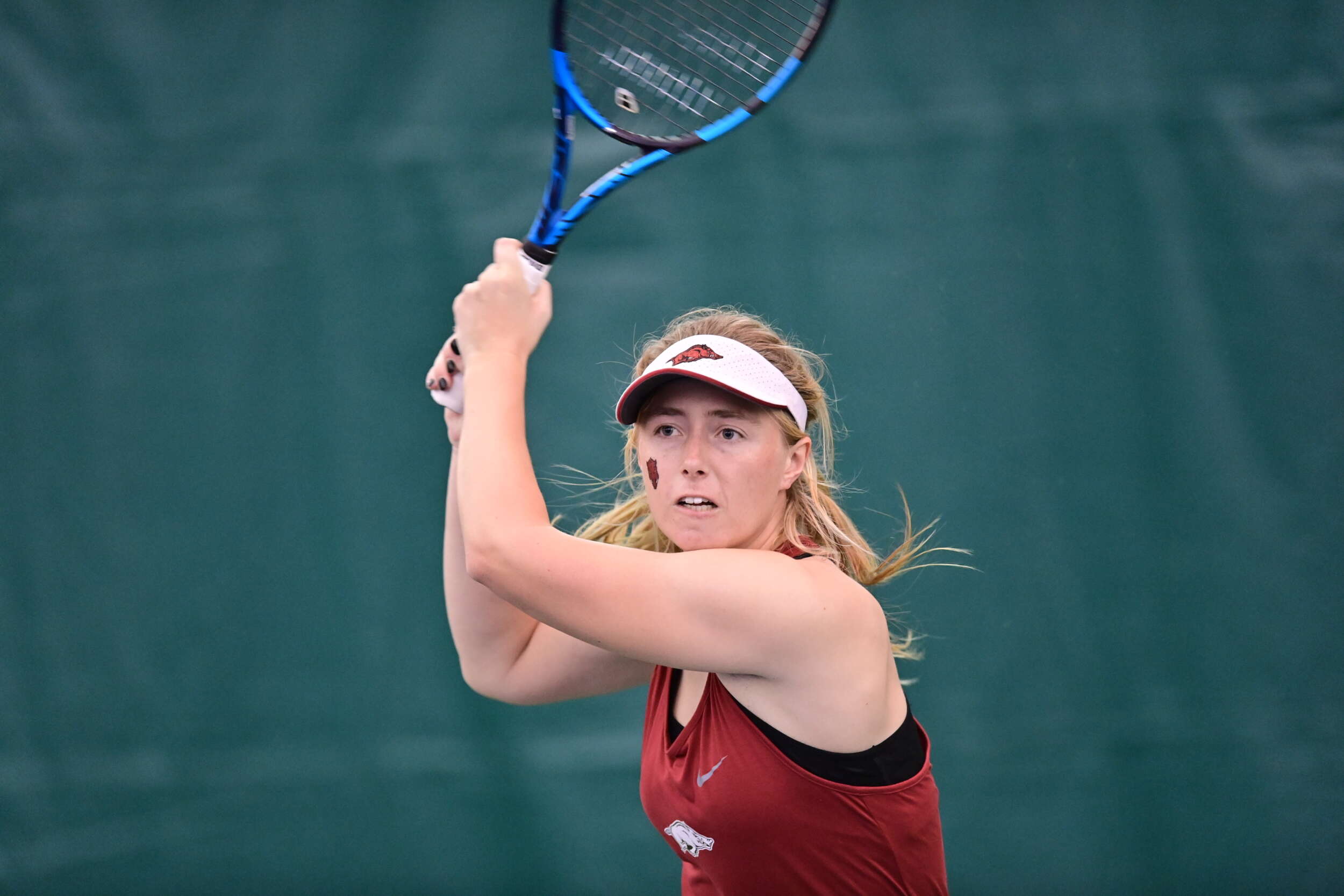 FAYETTEVILLE, Ark. – The No. 57 University of Arkansas women’s tennis team opened SEC play with a 5-2 win against Missouri on Saturday afternoon. The Razorbacks improve to 8-3 overall and 1-0 in conference play in their fourth straight win.

The Razorbacks jumped out to an early lead, not losing a single game in doubles to claim a 1-0 lead. On court two, Lenka Stara and Laura Rijkers had a decisive 6-0 win to get things started. Sophomores Kelly Keller and Indianna Spink followed with their own 6-0 win on court three to claim the doubles point. On court one, No. 46 duo Tatum Rice and Morgan Cross were up 5-0 before the point was clinched.

In singles play, the Tigers and Razorbacks went back and forth in tight first sets. Sophomore Morgan Cross claimed the first singles victory in a 6-2, 6-2 win on court five. The SEC Player of the Week wins her fourth straight match at the No. 5 position to improve to 5-1 in singles.

Sophomore Lenka Stara struck next for Arkansas on court four. Stara won in straight-sets 6-4, 6-4 to win her 11th straight match and continue her undefeated singles streak.

The match was at 3-0 when Indianna Spink clinched the match win at the No. 3 position. Spink battled through the first set to claim the tiebreaker 7-5 and come back with a 6-4 second set win to win her match. Kelly Keller continued the wins for the Razorbacks on court two, with a straight-set 7-5, 6-2 win over Missouri’s Ellie Wright.

The match continued to play out with both Tatum Rice and Laura Rijkers going to a third set on courts one and six respectively. Graduate student Tatum Rice put on a tough battle, falling 5-7, 6-3, 1-0 (10-3). On court six, Laura Rijkers bounced back from a 0-6 sweep in the first set to take the second 6-4, ultimately falling in the third 3-6.

The Razorbacks continue conference play next weekend when they travel to take on Vanderbilt on Friday, March 11, and Kentucky on Sunday, March 13.