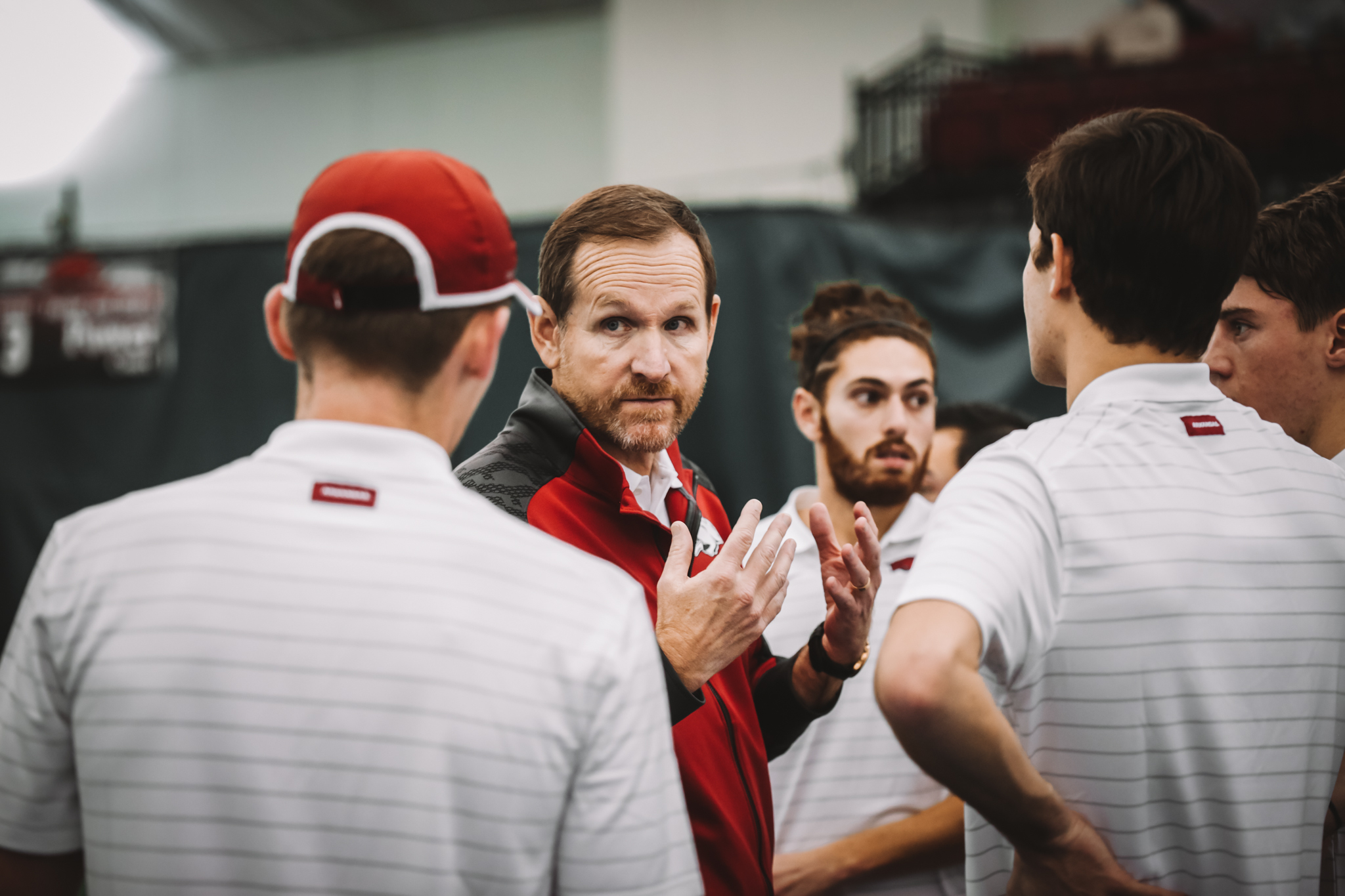 Drake came into the match expecting to make a breakthrough after losing in back-to-back 4-3 matches to Nebraska and Wisconsin. The Bulldogs showed why they’ve kept it close with some bigger opponents, pushing Arkansas to a few close sets in both doubles and singles. But Arkansas remained steady and looked like the more composed team down the stretch.

“Again, it was a very hard-fought close match that could have gone either way,” Arkansas Head Coach Andy Jackson said.

Arkansas clinched the doubles point after Nico Rousset and Alex Reco took their doubles set, 7-5, and the No. 46 combo of Adrien Burdet and Melvin Manuel swiftly moved through the doubles set, 6-2.

The Razorbacks showed up for singles play, as four Hogs won their singles match in straight sets, including redshirt junior Hunter Harrison who took his court-six match, 6-4, 6-3, to clinch the win for Arkansas. Freshman Oscar Pinto finished the night with a three-set win, taking the third-set tiebreaker, 10-2.

Arkansas will look to build on Friday’s win when the Hogs travel to their neighbor to the west to take on the Tulsa Golden Hurricane.

“We will have to play and fight like today at Tulsa on Wednesday night to have a chance to win,” Jackson said. “They already have a top 20 win at home against Pepperdine, so we know that they are really good.”

The Hogs and Golden Hurricane will face off on Wednesday at 6 p.m. CT.