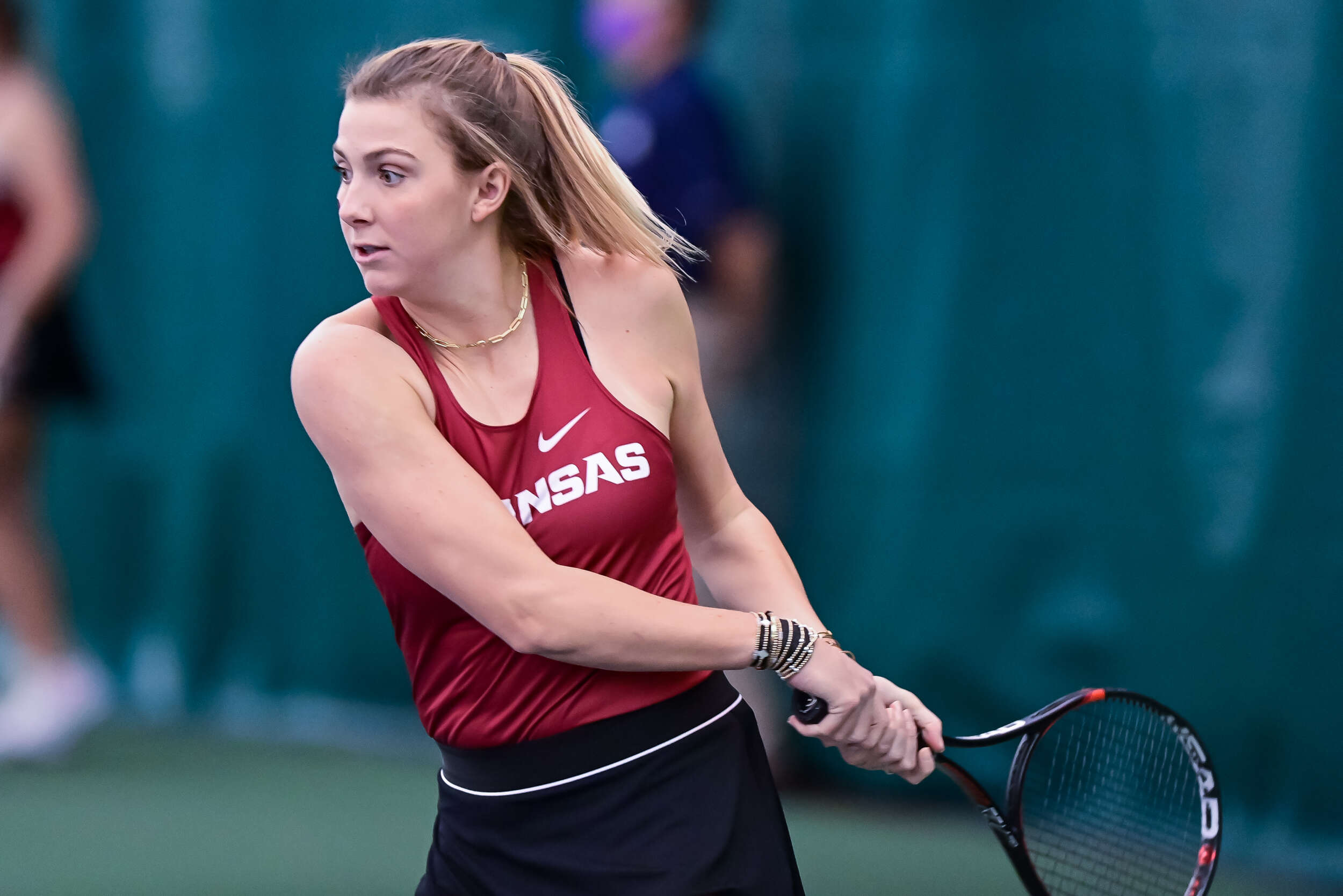 Razorbacks Down UCA and Kansas City in Season Opener

Starting out the day against their in-state foe, the Razorbacks quickly took the doubles point with a sweep on all three courts. The doubles tandem of Tatum Rice and Morgan Cross continue to dominate, defeating their Bears opponent 6-2 on court one. Sophomore Lenka Stara made her dual season debut as a Razorback with partner Laura Rijkers playing in the No. 2 slot with a 6-2 win. On court three, Indianna Spink and Kelly Keller delivered the doubles sweep, earning a 6-1 victory over the duo from Central Arkansas.

In singles play, the Razorbacks continued to roll with four straight-set wins to secure the match win. Graduate student Tatum Rice earned her first win at the No. 1 spot, defeating Central Arkansas’ Xin (6-4, 6-0). Sophomore Indianna Spink battled in a tight three-set win (6-4, 5-7, 1-0 (10-8)) to finish out the match for Arkansas.

The Razorbacks changed up the doubles lineup against Kansas City but were still able to earn the doubles point. On court one, Lenka Stara and Laura Rijkers came out on top 6-2. The tandem of Kelly Keller and Indianna Spink brought home the doubles point for the Hogs with a 6-2 win in the No. 2 spot.

Rijkers posted the first singles win for the Razorbacks, quickly taking down her opponent 6-1, 6-2 on court five. Kelly Keller followed, only dropping two games in a 6-1, 6-1 win at No. 3.

On court two, Indianna Spink clinched the match win for the Razorbacks in a 6-0, 6-2 win over her Roos opponent. Tatum Rice closed out the win at the No. 1 position with a 6-0, 6-1 win.