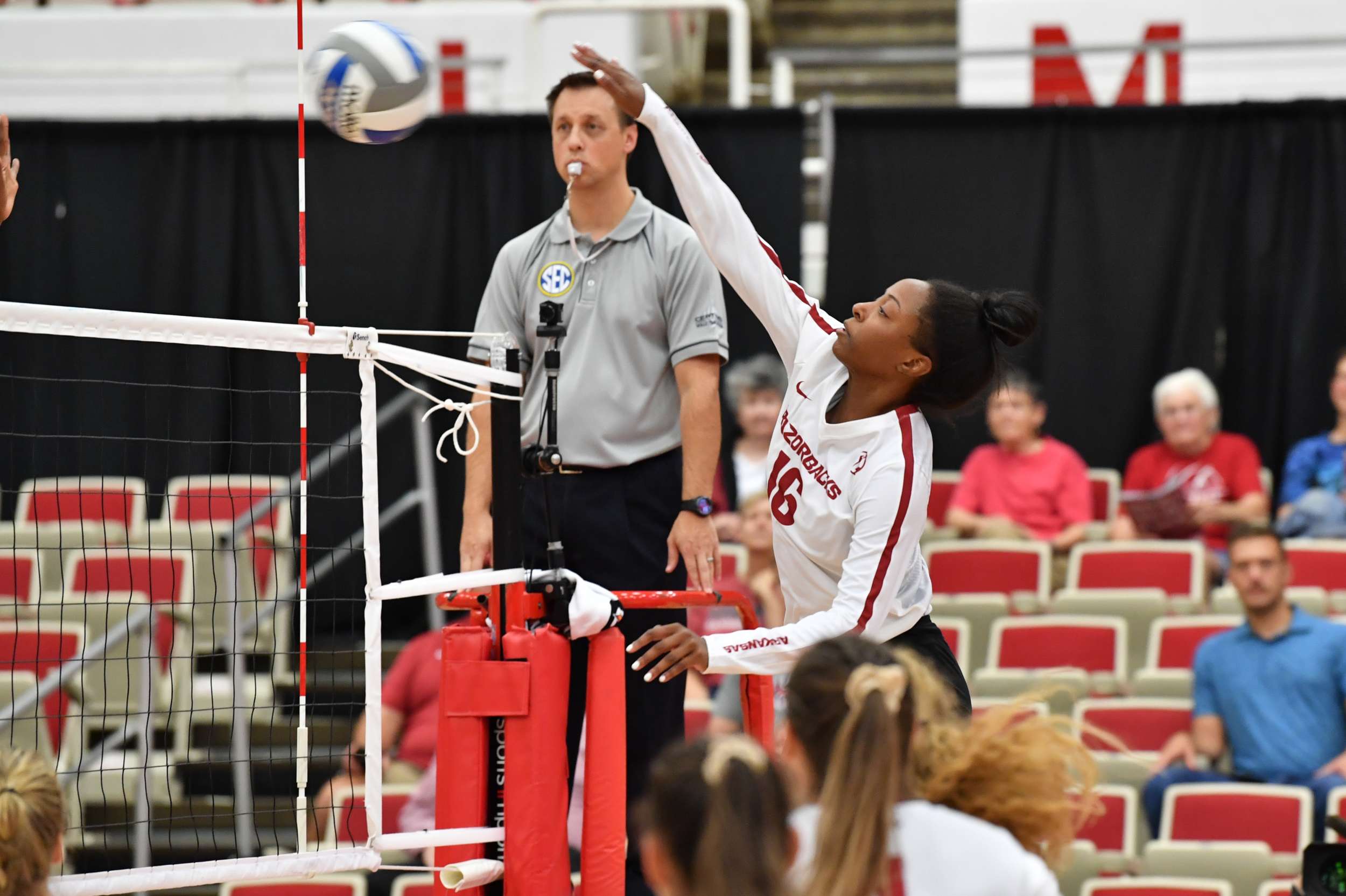 COLLEGE PARK – It was back and forth all night in College Park as the University of Arkansas volleyball team dropped its first match of the Maryland Invite to the Terrapins, 3-1.

The Razorbacks had a dominant second set after dropping the first to tie the match at one set apiece, but an efficient third and fourth set by Maryland would give them control of the match and the win.

Trailing 2-1 in the match, Arkansas called its first timeout of the fourth set as Maryland led 12-11. The Razorbacks and Terrapins went point for point and the Hogs took an 18-16 lead after a service ace by Rippee. Maryland responded with eight consecutive points to take a 24-18 lead. The Hogs would score once more to end the run by the Terrapins, but the deficit was too much to overcome and dropped the final match, 25-19.

“Solid performance after our match with UAPB. I really felt like we competed and gave ourselves the chance to win. The learning curve is steep on the road, but we continue to improve and gain precious experience. We have a group of athletes with strong resolve and a true willingness to learn and improve.”

Arkansas will be back in action on day two of the Maryland Invite tomorrow (Saturday, Sept. 14) and will play Princeton and George Mason with matches at 9 a.m. (CT) and 3 p.m. (CT) respectively. Both games are available to watch online only with a subscription to FloVolleyball. Fans can find both live scoring and live streams links here.