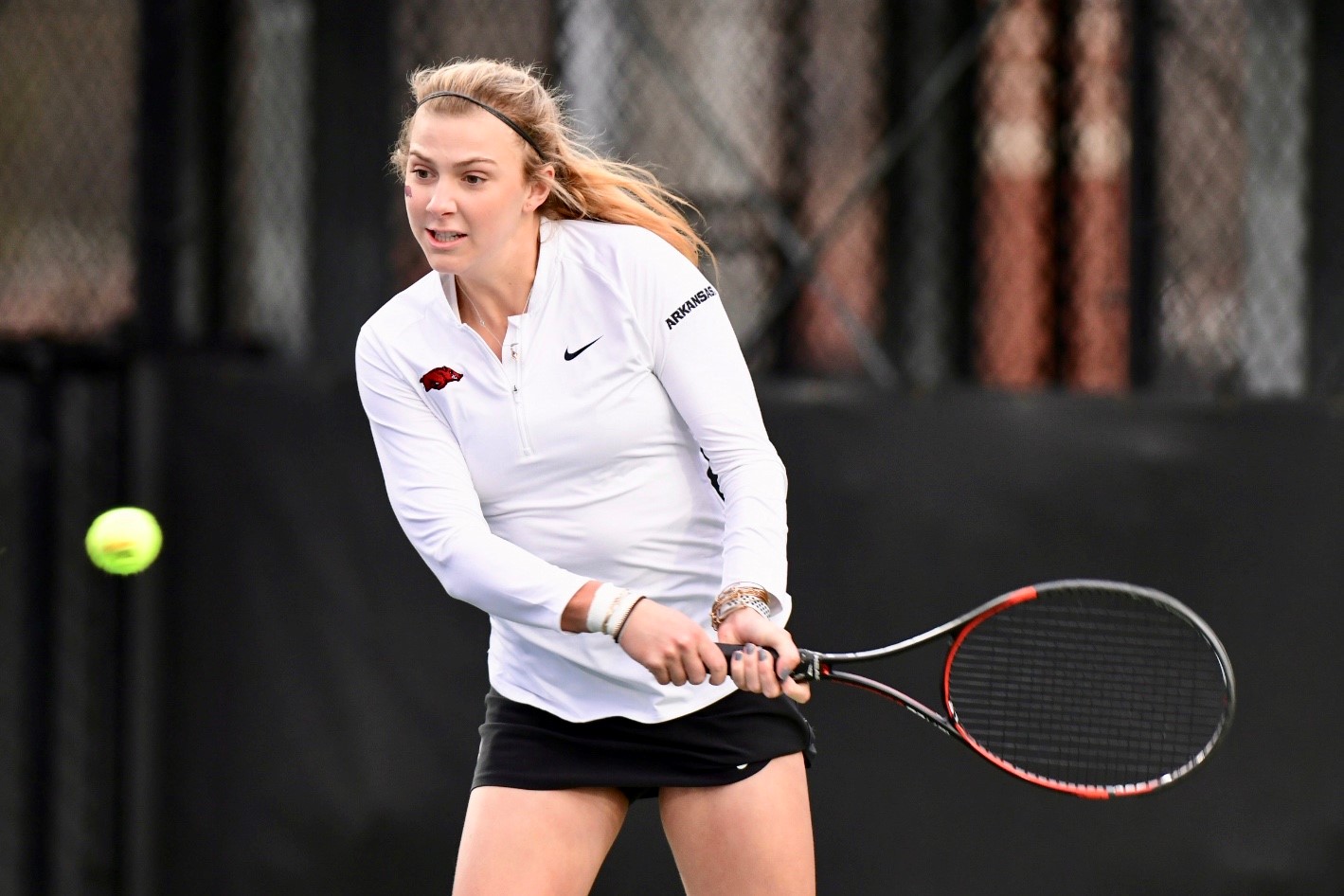 FAYETTEVILLE, Ark. – The No. 44 Arkansas women’s tennis team was edged out by No. 45 Florida, 4-3, in a three hour and 47 minute battle on Friday night at the George Billingsley Tennis Center.

The Razorbacks dropped the doubles point on a pair of 6-3 decisions on courts one & three. Lauren Alter and Tatum Rice fell to Victoria Emma and McCartney Kessler on court one, while Miruna Tudor and Jackie Carr followed with a loss to Anastasia Kharitonov and Marlee Zein on the third court.

Martina Zerulo and Thea Rice held a 5-4 advantage before the Gators clinched the doubles victory.

The Gators tied the match at two behind a court three finish for Victoria Emma. Laura Rijkers dropped the contest 5-7, 0-6 to pull the score even. However, it wouldn’t stay tied long as Lauren Alter claimed court five after a 7-5 tiebreak-win in set one and a 6-3 victory in the second frame to push the Razorbacks ahead, 3-2.

Florida sent the match into its third tie of the night after claiming court six in a three-set affair. Miruna Tudor picked up a 6-4 set one win, but dropped the next two 1-6, 5-7 to pull the score to three-all.

On court four, Jackie Carr and Marlee Zein battled in a three-set showdown to determine the winner of the over three-and-a-half hour match. Zein took the first set in a 7-6 tiebreak, then Carr cruised to a set two victory at 6-2. The third frame saw tied scores at two, three, four, five and six, sending the set into a tiebreak, where Zein would claim a 7-4 score to push Florida to a 4-3 win.