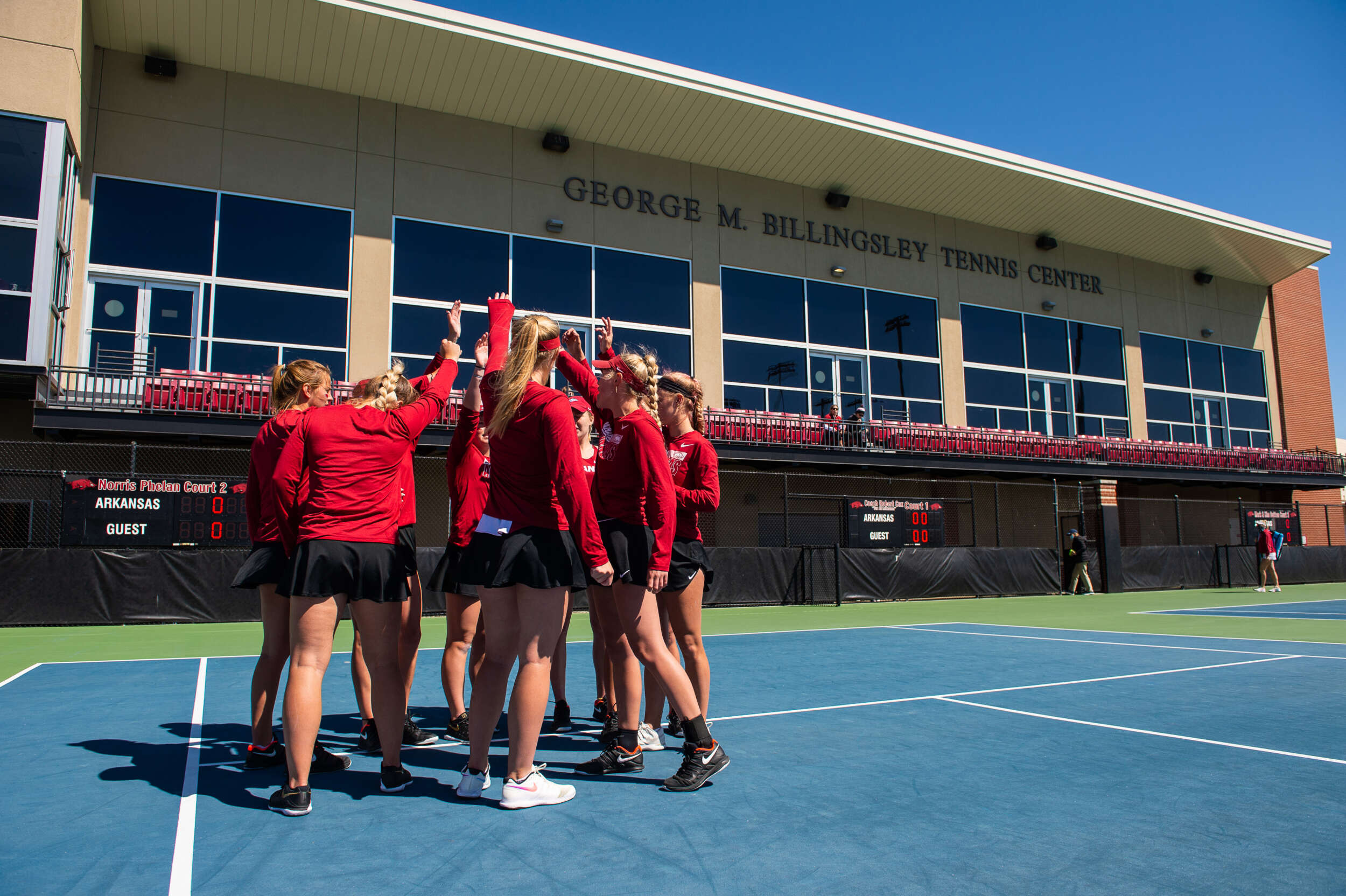 BATON ROUGE, La. – The No. 28 University of Arkansas women’s tennis team dropped a 4-0 decision at No. 11 LSU on Thursday. With the loss, the Razorbacks fall to 10-8 on the season and 4-8 in Southeastern Conference play.

LSU claimed the doubles point with wins in the number two and three spots. Razorbacks Lauren Alter and Indianna Spink were the first to fall, losing 6-1 to No. 73 Nina Giessler and Eden Richardson. Kelly Keller and Laura Rijkers then dropped a 6-2 decision to Maggie Cubitt and Anna Laughlan.

Working from behind, Arkansas battled across all six courts but couldn’t overcome the Tigers’ attack. Rice fell to LSU’s highest-ranked singles player, No. 40 Paris Corley on court three 6-2, 6-3 and shortly after, Alter dropped a 6-2, 6-2 match to Samantha Buyckx on court six, giving LSU a 3-0 lead. The Tigers clinched the win on court five with a 6-4, 6-1 win as Rijkers fell to LSU’s Geissler in straight sets.

Arkansas visits Texas A&M on Saturday for the regular-season finale before the SEC Tournament, set to begin on Monday, April 19 in Tuscaloosa, Ala.