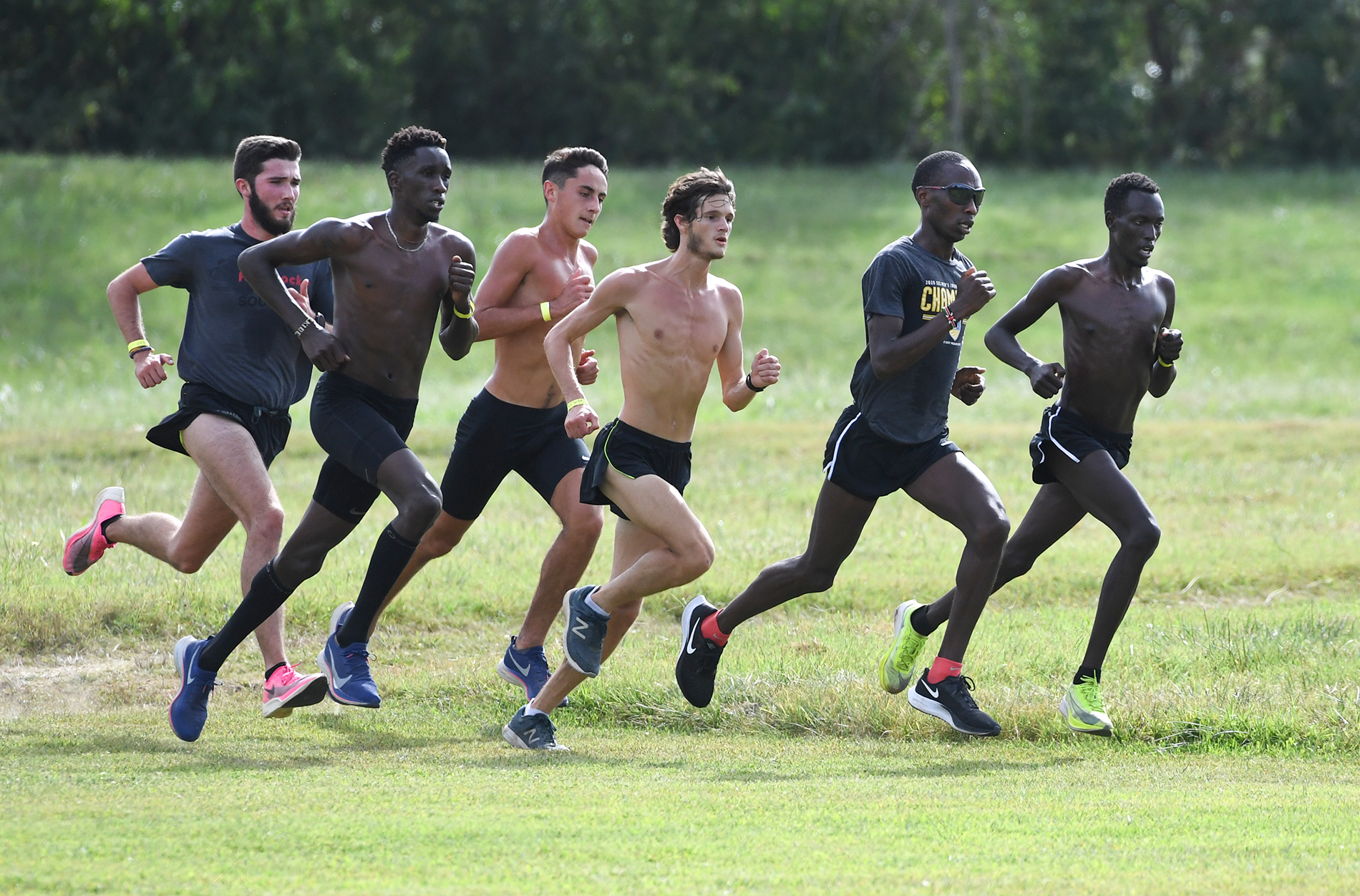 Following a layoff since the indoor season due to the coronavirus pandemic, the Razorbacks return to a competition mode with the cross country season this fall. Arkansas will race in three meets, with the SEC Championships completing the campaign.

“We’ll take some baby steps this first month,” stated Arkansas men’s head coach Chris Bucknam. “We chose to compete in two regular season meets out of the three that were allowed, and the SEC Championship.

Gilbert Boit, the 2018 SEC champion, returns to cross country racing after a red-shirt season in 2019 and is joined by Emmanuel Cheboson, who became a Razorback in January and won the SEC Indoor 5,000m title.

“Gilbert and Emmanuel bring a lot of experience and they’re very fit right now,” noted Bucknam. “They had a great summer of training. They might be ahead of the rest of the group, but you never know until you get in there and race.

“It’s great having Gilbert back. He’s such a great leader for us and is always ready to race with a great attitude. A lot of that is based in the fact that he does everything right. He takes care of his body, is consistent with his training, and has had large blocks of training time.

“Emmanuel coming in at the semester break made a wonderful impact on our program. Having Emmanuel in the program has been a big boost for Gilbert as well, because they are pushing pretty hard in practice along with the rest of the team. That’s how you get better, by having great teammates and taking care of yourself.”

Kemboi is a three-time All-American in cross country, placing among the top 10 twice in 2018 and 2019 while at Campbell. Kibet claimed the 2018 NJCAA cross country title as a freshman and placed fourth in 2019 while at Hutchinson.

“Andrew Kibet has shown a lot of promise in the middle distance races as well as cross country, where he was a former junior college champion,” said Bucknam. “He has great range all the way down to 800m. Amon Kemboi is another great addition to our program and has been beset with some foot issues. We’re just being real cautious with him. He’s a special talent.”

Meade won the 2020 Southern Conference indoor title at 3,000m at Furman while McLeod was a double indoor champion at 3,000m and 5,000m in the 2020 Ohio Valley Conference for Belmont.

“Jacob McLeod is another outstanding addition,” said Bucknam. “He’s a young man who did a great job for Belmont and I just love how he takes care of business. You can tell he’s been well-coached. So, I think he’s going to be an impact runner for us, not only in cross country, but on the track as well.

“Luke Meade, a grad transfer from Furman, comes in from an outstanding distance program and knows what it takes. Now he’s in with a different group of runners and the training is a little different. He had an outstanding career at Furman and I’m excited to watch him compete at the SEC level and see what he can do.”

“Matt Young is at the top of the list among the group we have returning from last year’s team,” Bucknam noted. “He kind of held down the fort for us in cross country last season. He’s coming off a really good indoor season last year and was really on a roll. He’s been a really important guy for us and over the past couple of years has improved tremendously.

“He hasn’t hit his stride in cross country yet, I don’t think he’s had his best race or best season. I think he’s ready to make a breakthrough on the grass.

“Myles did a great job, especially towards the end of the season at the conference meet. Youth took over after that in stringing those three post-season races together. He looks good and I expect him to be a lot stronger this season.”

A pair of freshman newcomers in the program are Sam Hall, from Dowling Catholic in West Des Moines, Iowa, and Tommy Romanow, from Flower Mound, Texas.

Hall, a member of a three-time state championship team in cross country, was a silver medalist in the 2019 State meet. Romanow was a member of team that twice earned a bronze medal in the State 6A meet.

“I’m really excited about Sam and Tommy,” said Bucknam. “They have a lot of potential. They mean business and want to be good. They are in a whole different world than they were in high school, but their holding their own in practice. I think they are going to be players for us down the road.”