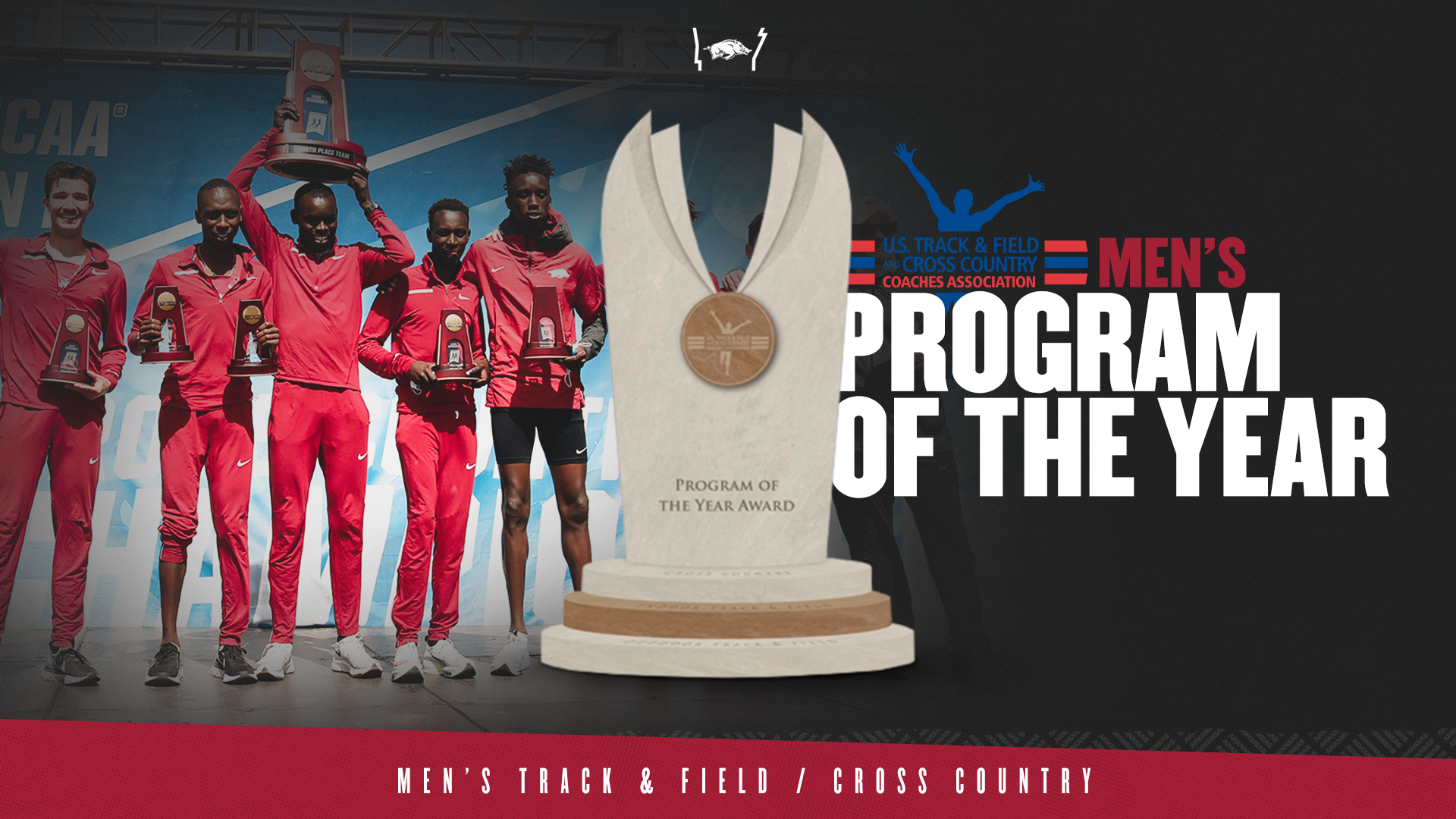 NEW ORLEANS – The Arkansas Razorbacks earned the 2021 John McDonnell Program of the Year award, presented by the United States Track & Field and Cross Country Coaches Association, based on its finish at the three national championship meets held this season.

This is the third time for Arkansas to receive the honor since USTFCCCA started the award in 2008-09, and it’s the seventh time to place among the top three over the past eight seasons.

“It’s a reflection of the hard work our athletes and coaches put in all year from day one,” said Razorback men’s head coach Chris Bucknam. “I’m very proud of them and their efforts. It’s also a reflection of our commitment, as a program, to the total development of our student athletes.

“We feel each season is meaningful and adds to their overall development. It’s also in our DNA, since the award is named after John McDonnell, that we strive to win this award every year. Our ultimate goal is to bring a national championship triple crown back to Fayetteville, which hasn’t been accomplished by any school since Coach McDonnell’s last triple crown in 1998-99.”

Arkansas completed the season tying for 28th place at the NCAA Outdoor Championships, which gave them a total of 40 among three championship placings.

The John McDonnell Program of the Year Award is named after USTFCCCA Hall of Famer and former Arkansas head coach John McDonnell. McDonnell’s Arkansas teams won a combined 40 National Championships and finished in the top ten in cross country, indoor and outdoor track & field in 24 of his 36 seasons in Fayetteville.