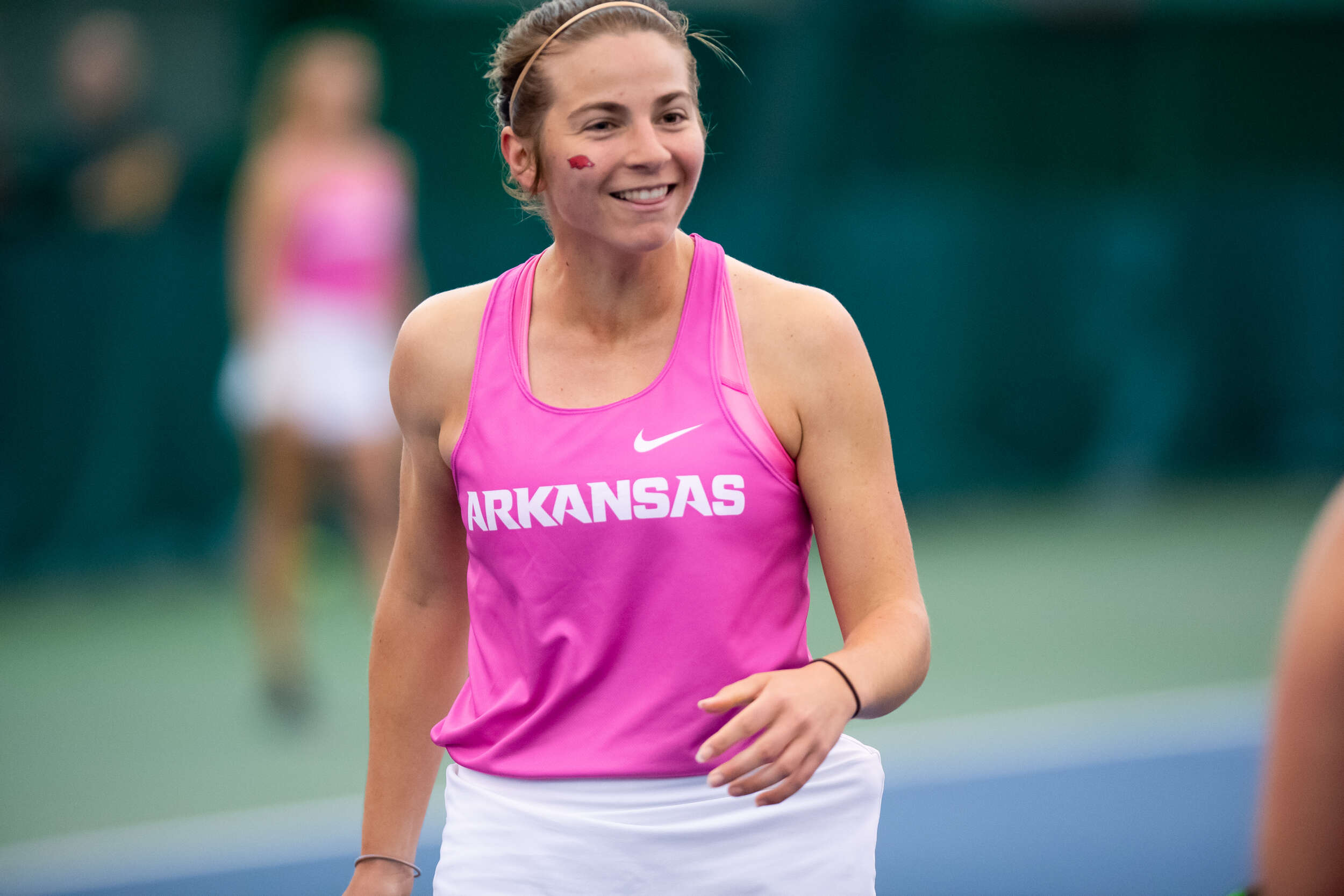 FAYETTEVILLE – The University of Arkansas women’s tennis team was honored as an ITA All-Academic Team for the sixth consecutive year, dating back to 2015.

“The Intercollegiate Tennis Association is proud to announce the 2020 Division I Women ITA Scholar-Athletes and All-Academic Teams,” the association announced on Monday. “Academia is a key aspect of the college tennis experience. Collegiate tennis players add to the rich intellectual community found on college campuses across the nation.”

“Our student-athletes continue to exceed expectations in the classroom and on the court,” announced the ITA. “In 2020, 1430 Division I Women student-athletes were named an ITA Scholar-Athlete and 244 women’s tennis programs were awarded the All-Academic Team distinction.”

Visit ArkansasRazorbacks.com for the latest information on all things Arkansas Women’s Tennis. You can also find the Hogs on social media by liking us on Facebook (Arkansas Razorback Women’s Tennis) and following us on Twitter and Instagram (@RazorbackWTEN).