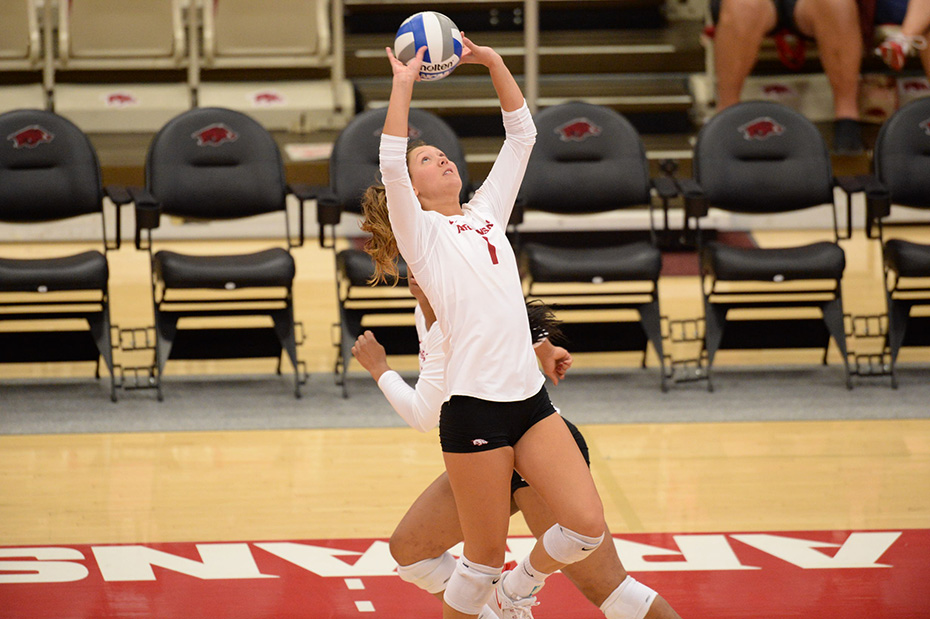 Razorbacks Fall at No. 19 Kentucky

LEXINGTON, Ky.- Despite a strong performance on the road, the Arkansas volleyball team fell to No. 19 Kentucky 3-0. Junior Rachel Rippee had a milestone match, moving to fifth place in program history for career assists. With the loss, the Razorbacks fell to 6-7 on the season and 0-3 in conference play.

Both teams played close in the third set until the Wildcats pulled away and won the match.

The Hogs will return to the court Sunday afternoon, ending their weekend road stretch at Tennessee. The match will stream on the SEC Network+, with first serve set for 12:30 p.m. (CT).