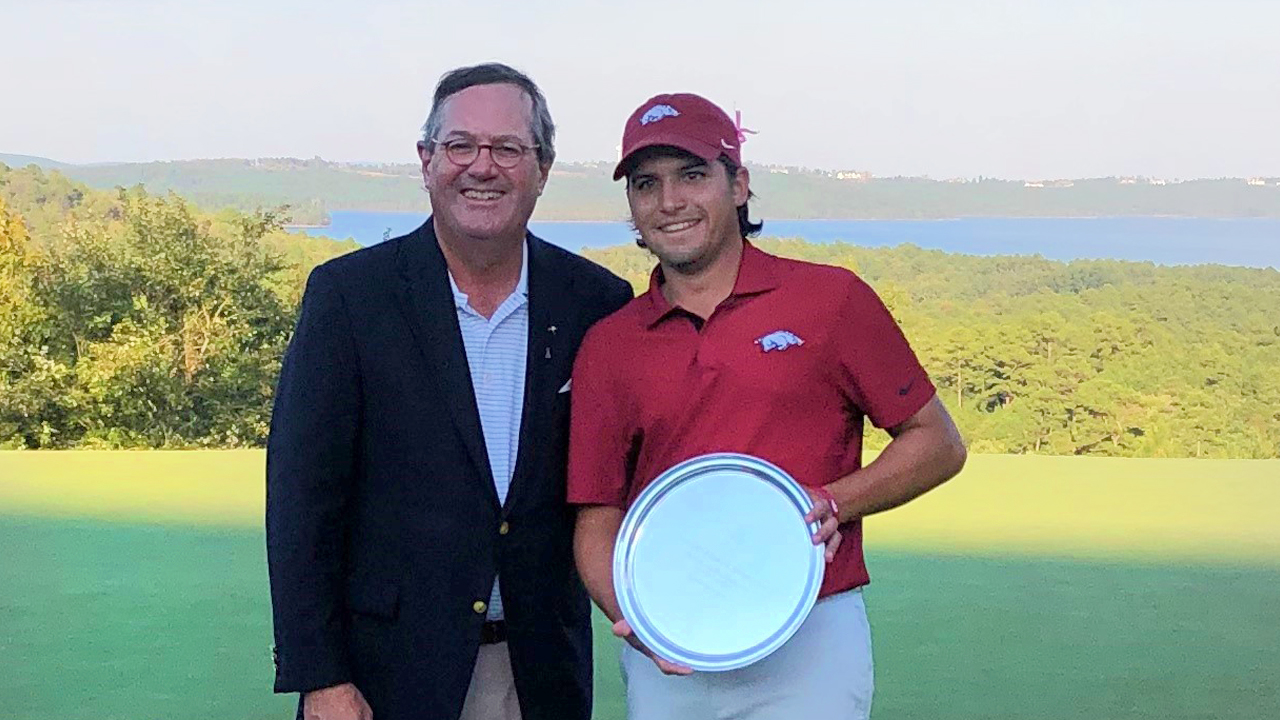 ROLAND – Arkansas ended the fall portion of its 2021-22 schedule with a 4-1 loss to Notre Dame in the Jackson T. Stephens Cup Match Play Championship Wednesday at the Alotian Club.

In four matches this fall, Arkansas was third at the Carmel Cup, won the Blessings Collegiate Invitational, won the SEC Match Play and was runner-up at the Stephens Cup.

Notre Dame and Arkansas were the top two seeds after three rounds (and two days) of stroke play with the Fighting Irish winning stroke play and the Razorbacks coming in second.

While the match play final score was strongly in the Fighting Irish’s favor, the matches were much closer with two matches being decided on the 18th holes and two on the 17th.

Notre Dame put two points on the board early to take a 2-0 lead.

In the first match, Notre Dame’s Taichi Kho won the first hole and was 5-up through nine holes. However, Segundo Oliva Pinto fought his way back to tie the match after winning six of seven holes on the back nine. The match came down to the 18th green with Kho winning with a bogey for a 1-up decision.

Davis Chatfield defeated Luke Long, 6&4, in match three to give the Fighting Irish a 2-0 cushion.

Juan Camilo Vesga, playing in the second match, put Arkansas’ first point on the board with a 2&1 victory over Patrick Kelly. Neither player led by more than one with six ties through 14 holes. Vesga won the 15th then closed out the match with a par on the 17th to cut the Razorback deficit to 2-1.

There were two matches on the course to decide the champion.

In the final match, Wil Gibson fell to Palmer Jackson, who was runner=up to Fernandez de Oliveira for stroke play medalist. Gibson stayed within one most of the match. Jackson then won holes 10, 14 and 15 to lead by three with three holes to play. Gibson flushed a 28-foot putt on the par-3 16th to extend the match before Jackson won the 17th for the 2&1 win. 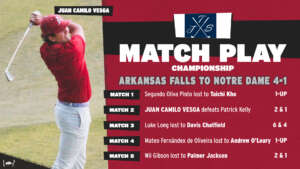