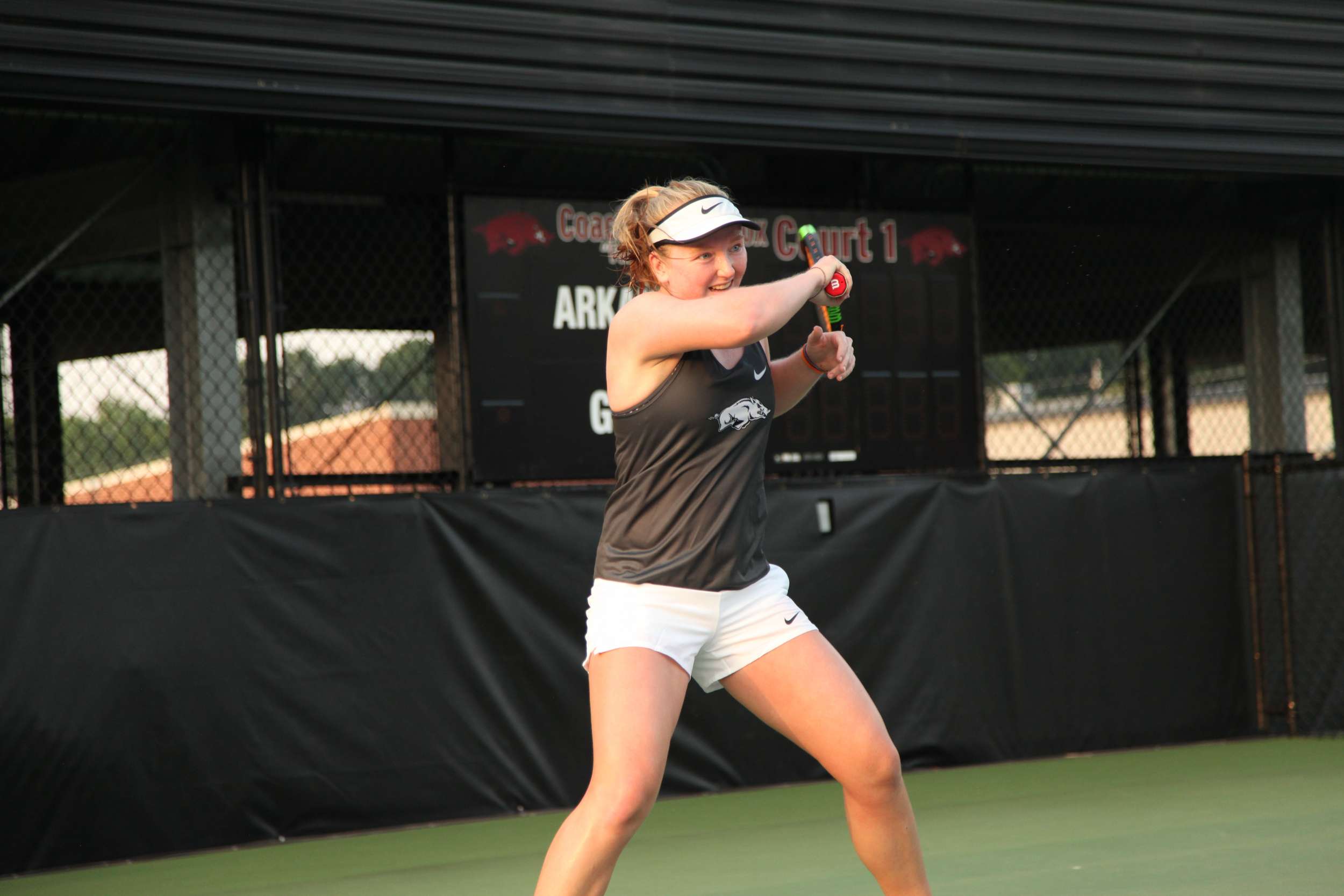 The Razorbacks closed out the HEB Invitational in Waco, Texas with doubles and singles exhibition matches.

First up for the Hogs was the duo of Laura Rijkers and Kelly Keller. Rijkers and Keller had a good run this tournament making it to the third round of the green and gold doubles draw. After being knocked out on Saturday by Lexi Ryngler and Tijana Spasojevic in a close match of 7-6(5), Keller and Rijkers had an opportunity to redeem themselves in an exhibition match on Sunday. After a hard-fought game, the duo ended up falling short 6-3 to Baranano and Kharitonova.

Claire Slaughter and Keller made a name for themselves this weekend especially with it being their first tournament as a Razorback. Slaughter faced Lindsey Song and lost in a nail biting two setter 6-4, 7-5. Keller went up against Oumaima Aziz and ended the tournament with a win for the Hogs with a score of 4-6, 6-2, 10/6.

Up next, was Netherlands Native Laura Rijkers, who played Marta Falceto. Rijkers could not come up with the win falling 6-2, 6-4. Myrna Olaya could not pull a win today for the Razorbacks and lost 6-1, 6-1.

The ITA All-American Women’s Tournament continues tomorrow with the duo of Martina Zerulo and Jackie Carr playing in the Qualifying rounds of doubles play. Singles play will also continue tomorrow and include Razorbacks Tatum Rice and Zerulo. Lauren Alter will team up with Rice and begin doubles play in the Main Draw Wednesday, Oct 9.