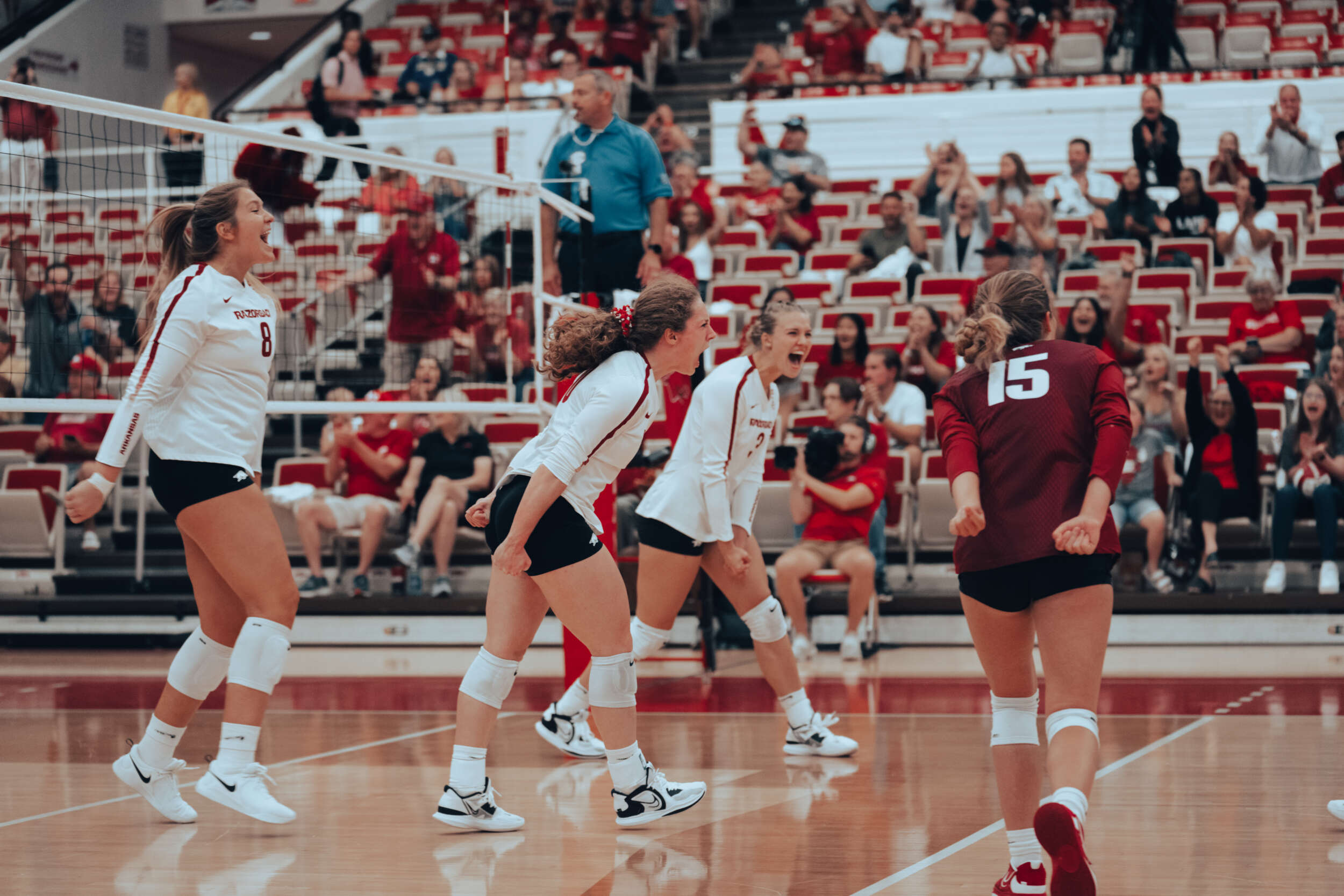 The No. 20 Arkansas volleyball team returns home this weekend for the Hogs’ first SEC match-up at Barnhill in 2022 on Saturday afternoon.

The Hogs take on the Ole Miss Rebels on Sept. 24 at 3 p.m. for both teams’ second conference match of the year. Arkansas and Ole Miss went to five sets with their respective SEC opponents on Wednesday, and each will be looking to even their league record as the Hogs fell to the LSU Tigers on the road and the Rebels were defeated by Texas A&M in Oxford.

In last year’s match-up, Arkansas defeated Ole Miss in a road sweep. The match will be streamed live on SEC Network Plus, and tickets are available online or in person through the Razorback Ticket Center. Adult tickets are only $5 and kids 17 and under get in free.

Last Time Out
The Hogs traveled to Baton Rouge earlier in the week to open SEC play where a tough battle played out between the Razorbacks and Tigers. While Arkansas remained undefeated in first sets on the season with the match, the Hogs ended up falling 3-2 in their first five-setter of the season. The match had a total of 36 tie scores and 13 lead changes in all. Senior outside hitter Jill Gillen led Arkansas with a season-high 21 kills and 15 digs for a double-double. For the second consecutive match, Arkansas had a 2022 team high of 13 blocks.