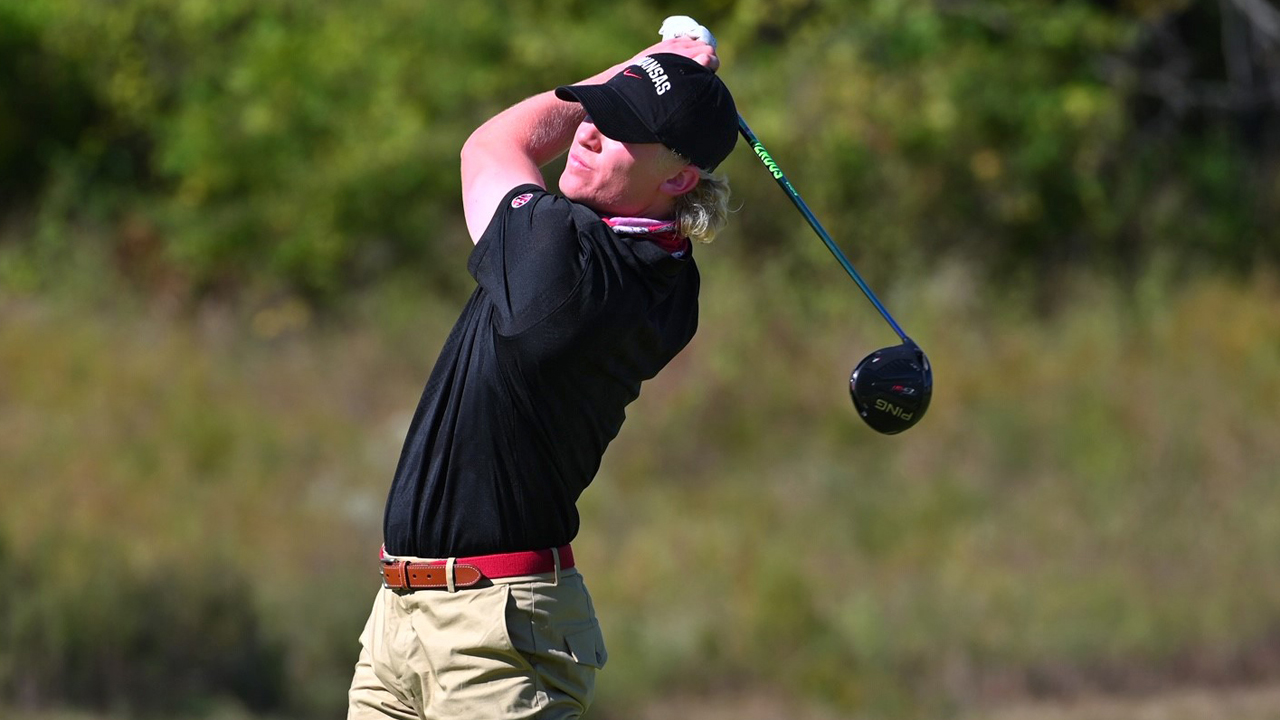 BIRMINGHAM, Ala. – After posting the fourth-best score of the day, the 21st-ranked Arkansas men’s golf team moved up one spot to fourth with a two-day total of 577 at the Collegiate Invitational, played on a par-71 Country Club of Birmingham’s West Course.

Manuel Lozada continues to lead the Razorbacks. The freshman is tied for sixth after rounds of 70-72 for an even-par score of 142 through 36 holes. Lozada had three bogeys and two birdies, including a three on the par-4 18th. He is in a group of six players at 142 and they are two shots out of second.

Graduate senior Tyson Reeder, ranked 46th in the nation, continued his strong spring campaign. The Edmond, Okla., product climbed 24 spots into a tie for 14th with a 36-hole score of 144 (+2). After an opening-round 74. Reeder trimmed four shots off that to fire a 1-under-par 70. He turned in 16 pars, a bogey and had birdies on holes 14 and 15 for his round of 70 Tuesday.

William Buhl also shot up the leaderboard Tuesday. The fifth-year senior posted an even-par round of 71 to jump 17 spots into a tie for 21st. He offset three bogeys with three birdies for his 71 and has a two-day, 3-over-par total of 145.

The third and final round of the Collegiate Invitational is set for Wednesday. 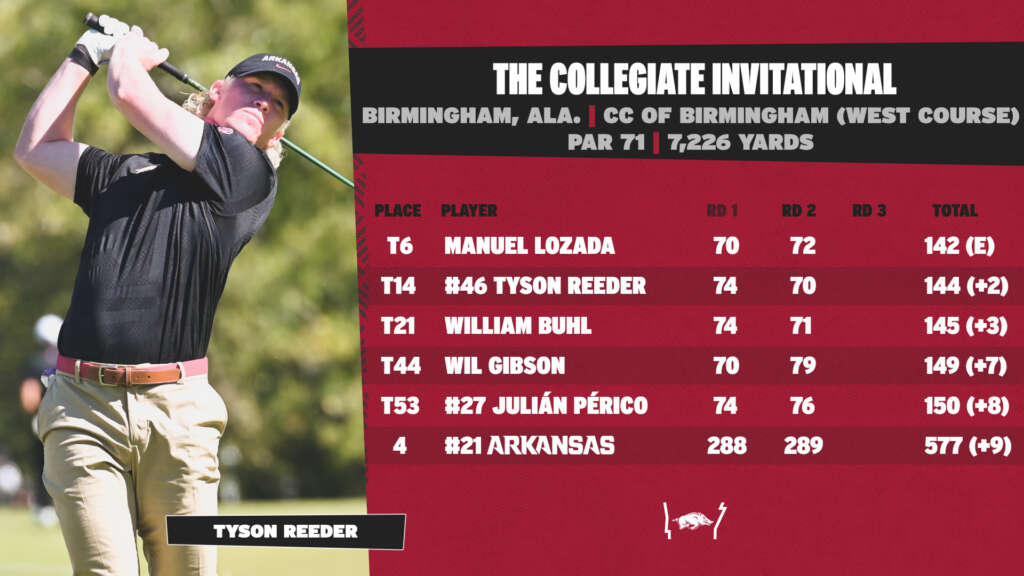