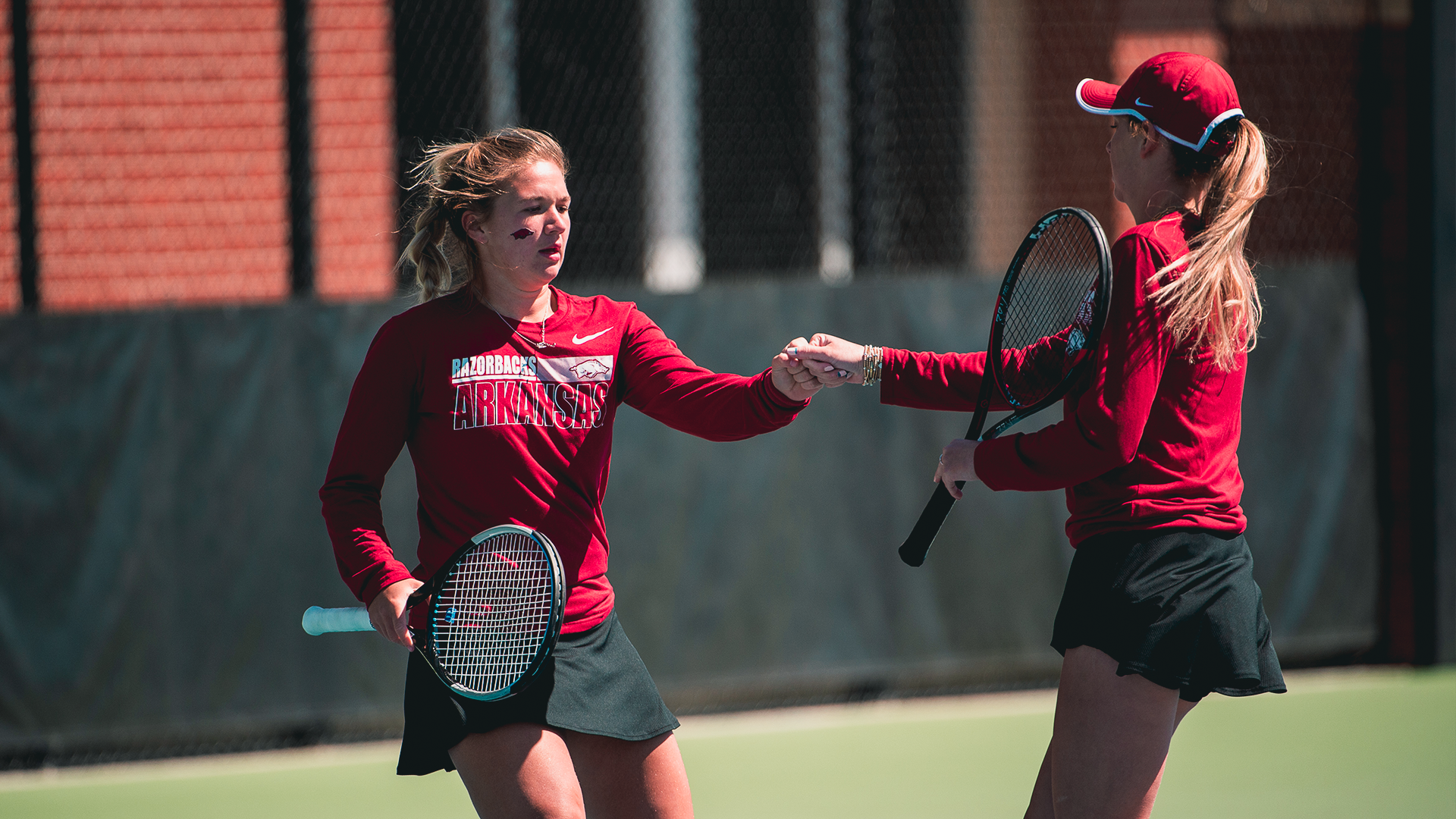 CONWAY, Ark. – The University of Arkansas women’s tennis team had a successful weekend to start the fall season at the UCA Invitational, pocketing 19 total victories.

The newest addition to the roster, transfer Lenka Stara, earned her first wins as a Hog. Stara defeated her first two opponents in two-straight sets, MSU’s Geolier (6-2, 6-2) and Oklahoma City’s Brocks (6-3, 6-0). Wrapping up her first weekend as a Razorback, Stara battled in a three-set tiebreaker to defeat Jaeun Lee from Central Arkansas (6-2, 3-6,10-4).

Senior Laura Rijkers shined in her three wins, claiming the top-finish in flight three. Rijkers picked up two wins over Allison Carpenter of Harding (6-4, 6-1) and Yada Vasupongchai of UCA (6-2, 6-4) on day one and went on to defeat Murray State’s Kreugel (7-5, 6-4) for the championship.

In doubles, both Razorback duos went undefeated on the weekend to win their flights. Morgan Cross teamed up with Tatum Rice to quickly takedown the Arkansas State pairing of Rice/Zukic, 6-1, in the first flight. Cross and Rice swiftly went on to claim the top-finish in a 6-2 win over Central Arkansas’ Xin and Nonoyama.

The Razorback duo of Lenka Stara and Laura Rijkers advanced to the quarterfinals in flight two, defeating the pair of Racers, 6-3. Stara and Rijkers fought hard in the finals against UCA’s Vasupongchai and Ishimura and came out on top, 7-5.

The Razorbacks continue fall play in two weeks, when they travel to Waco, Texas to compete in the HEB Invitational hosted by Baylor (Oct. 1-3).