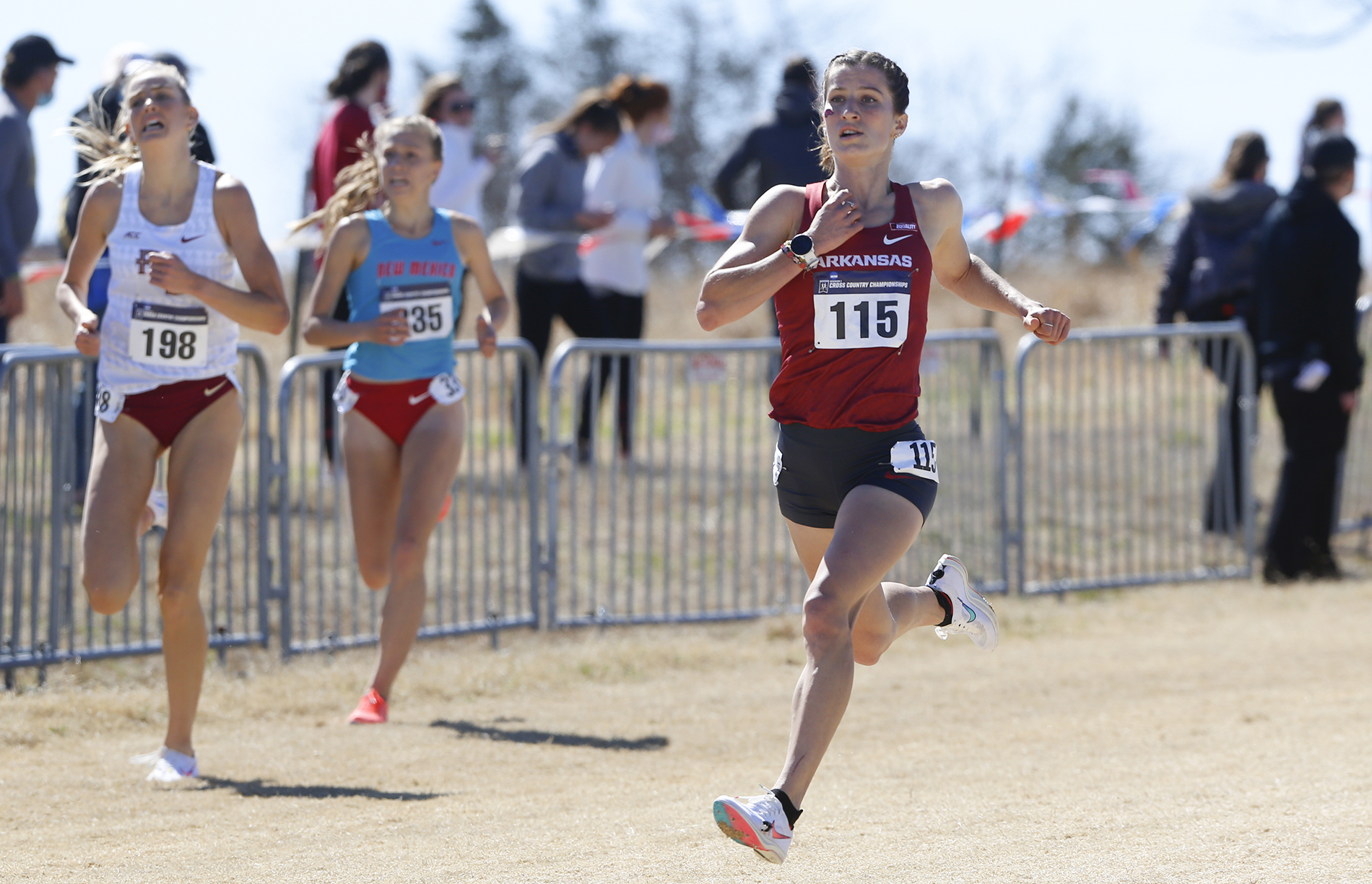 STILLWATER, Okla. – Racing without a couple of their key distance runners, Arkansas finished 10th among 31 teams in the women’s NCAA Cross Country Championships on Monday at the Oklahoma State cross country course.

“Everything that we did, physically, tactically, emotionally, on the weekend at the NCAA Indoor Championships we knew that we were going to try to come back and be a little more careful in our entries for the cross country championship,” explained Arkansas women’s head coach Lance Harter. “So, we pulled Lauren Gregory and Taylor Ewert off the line-up.

“We kind of came in with the attitude that we’re going to make the best of it and give some people some exposure to this national championship, because it’s a freebie. They’re all going to be back next year.”

Brigham Young claimed the team title with 96 points a year after finishing as runner-up by six points to Arkansas for the 2019 title. The top five places included North Carolina State (161), Stanford (207), Michigan State (212), and Minnesota (239).

“To get top 10 considering how we had to band-aid our way through this, I’m absolutely elated, because they’ll be back and the group joining them could be very formidable in the years to come,” noted Harter.

Combined with its national championship this past weekend during the NCAA Indoor Championships, Arkansas is currently in second place for the USTFCCCA women’s program of the year award behind BYU, 8-11, with the NCAA Outdoor meet serving as the final tabulation.

Logan Morris was the next Razorback to finish, placing 64th in 21:13.7 while Abby Gray ran 21:19.1 in finishing 73rd. Arkansas’ fourth and fifth runners were Gracie Hyde and Corie Smith, who were both competing in their first national championship in cross country.

“Krissy Gear to get All-American is a credit to her competitiveness and athletic ability,” stated Harter. “She’s a phenomenal athlete. Logan Morris and Abby Gray, as well as Gracie Hyde, who has never been to this meet before, all ran life-time bests at nationals for cross country.”