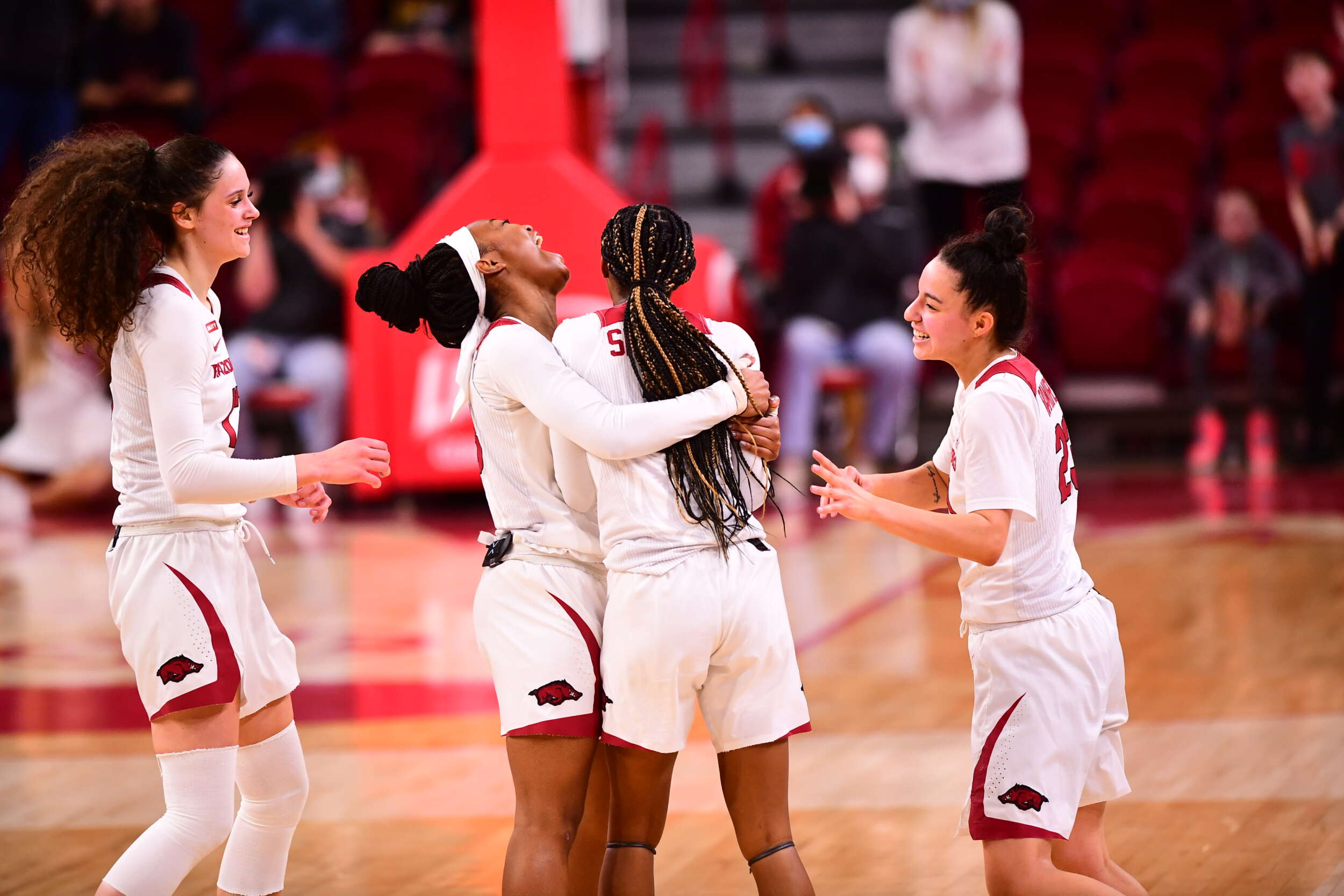 FAYETTEVILLE, Ark. – Arkansas Women’s Basketball (13-6, 3-3) won its second straight game on Sunday afternoon in Bud Walton Arena, downing Mississippi State (11-7, 2-4), 74-54. The Hogs are back at .500 in league play, and have won three of their last four games. Arkansas’ defense put together another strong showing in front of 4,177 loud Hog fans Sunday, holding Mississippi State to just 54 points on 36 percent shooting from the field.

Freshman guard Samara Spencer led the charge in this one, dropping in a career-best 19 points in the win. The Fort Lauderdale, Florida, product was sizzling from beyond the arc, hitting five of her eight attempts from long distance. Spencer has been awesome over her last two games – she scored 18 points against Alabama on Thursday, hitting four threes in that game. Redshirt senior guard Amber Ramirez helped shoulder the scoring load in this one, chipping in with 17 points.

The first half of this game was a grind, as the teams entered the break tied at 28. However, Arkansas separated itself in the third quarter, as the Hogs hit 11 of their 18 field goal attempts, including four threes in the frame. The Razorbacks dominated the period, 32-17.

Spencer keyed the big run, hitting three of her five triples in the period, all before the six-minute mark in the frame. The freshman would finish with 10 points in the period, and Ramirez would add nine. Defensively, Sasha Goforth was awesome for the Hogs in the second half, holding Bulldog star Rickea Jackson to just four points after the intermission.

The Hogs go back-to-back at Bud Walton Arena, and will host No. 11 LSU on Thursday night. That game is set to tip at 7:30 p.m. CT, and will be aired on SEC Network.