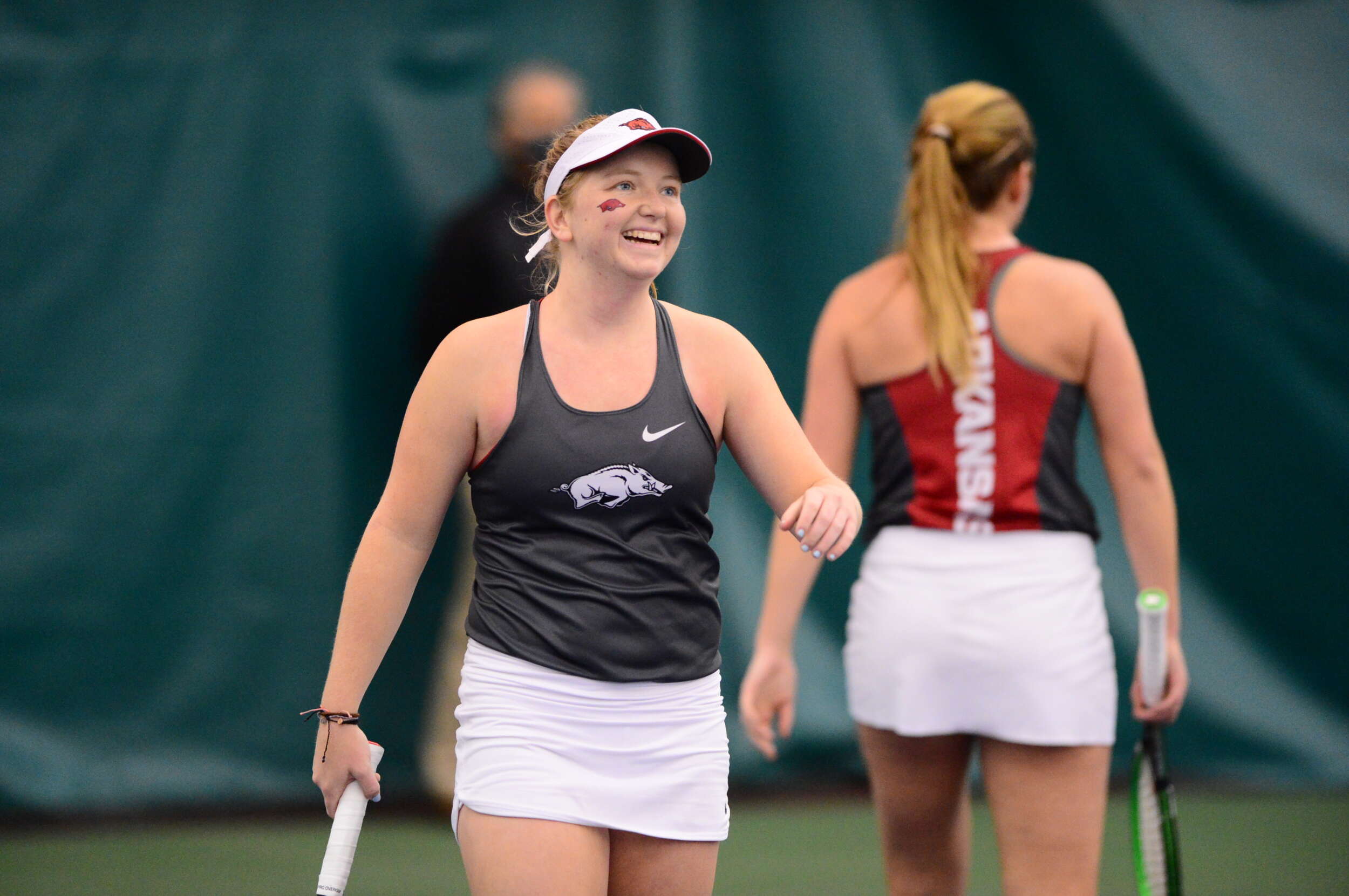 FAYETTEVILLE, Ark. – The University of Arkansas women’s tennis team earned its third win of the weekend with a defeat of Kansas State (7-0) on Sunday afternoon at the Dills Indoor Tennis Center. The Razorbacks improve to 4-0 on the season.

“Today was all about being resilient,” said head women’s tennis coach Courtney Steinbock. “It was a long, tough weekend and we were challenged in a lot of ways these last four matches. Our girls are responding and competing at a very high level. I’m so proud of the work we’ve put in and I can’t wait until we get to compete again here at home.”

Freshman duo Morgan Cross and Indianna Spink struck first for the Hogs with a 6-4 win over Kansas State’s Lilla Barzo and Anna Turco on court two. The Razorbacks clinched the doubles point after Lauren Alter and Tatum Rice pulled through in a tight battle to take down Kansas State’s Karine-Marion Job and Maria Linares on court one (6-4). Jackie Carr and Kelly Keller held a 5-4 advantage before the Hogs clinched the doubles victory.

Arkansas had a dominating start to the singles portion of the match, taking the first set on all six courts.

Keller earned the Razorbacks’ first singles win with a swift performance over KSU’s Rosanna Maffei (6-1, 6-0) on court two. Spink followed with a 6-3, 6-2 win over Wildcat Karine-Marion Job on court one. The back-to-back sweeps for Arkansas gave the Hogs a 3-0 match lead.