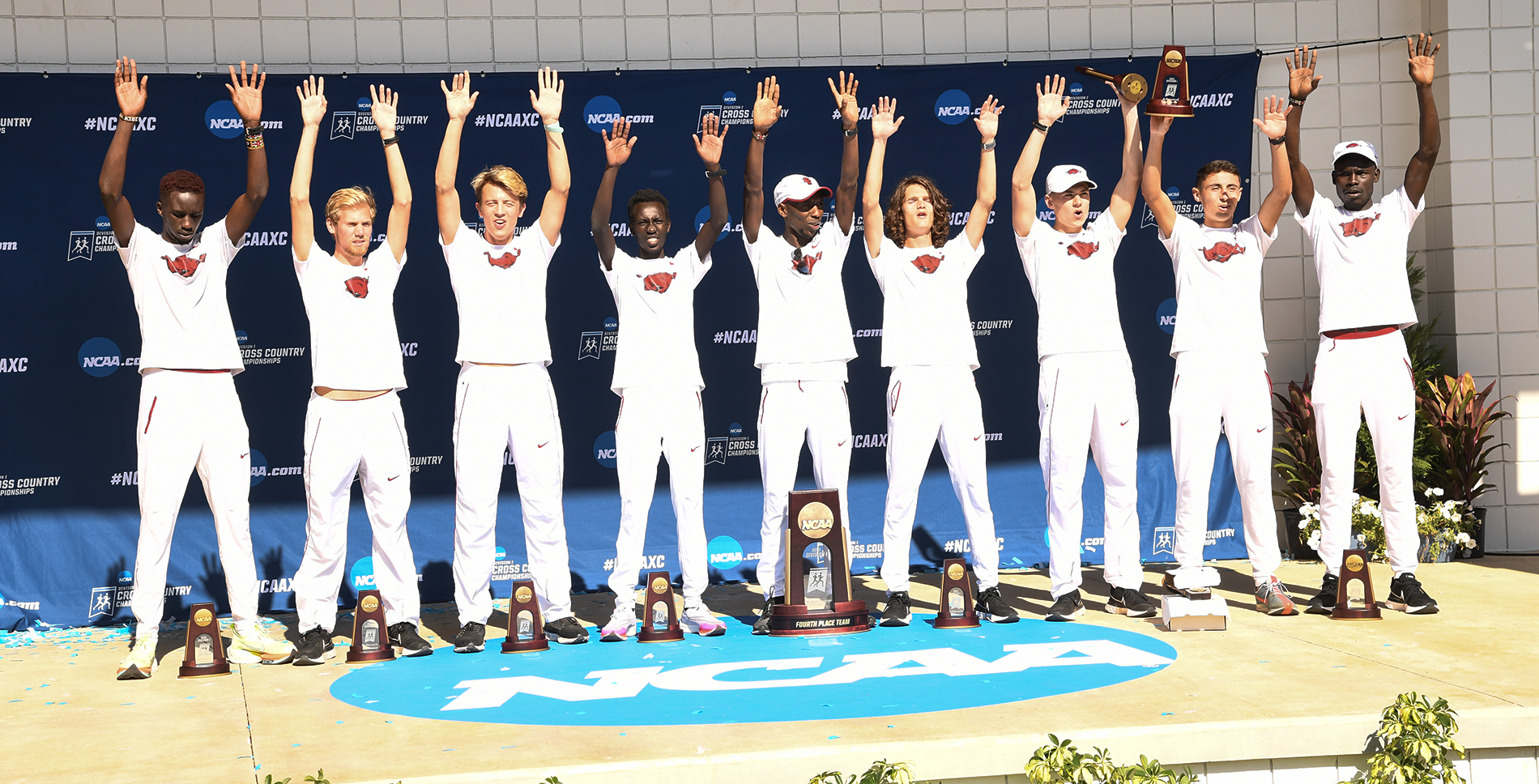 “I’m so proud of this team and they did an unbelievable job all season,” said Arkansas men’s head coach Chris Bucknam. “The guys competed really hard, and we had three All-Americans. We came in ranked ninth and finished fourth. I couldn’t be happier with the effort that our guys gave.”

The Razorbacks finished ahead of five teams ranked ahead of them, which included No. 2 BYU, No. 4 Notre Dame, No. 5 Colorado, No. 7 Stanford, and No. 8 Wisconsin.

“We came in here competing for a national title,” stated Bucknam. “All those guys had the experience, we were dialed in on it, and came up a little bit short. We beat a lot of teams today, and I’m just really proud of the overall effort from the team.

“The kids did a great job. I’m so proud of Amon, Gilbert and Emmanuel. They’ve been our leaders the whole year. Andrew and Myles also did very well, and I’m proud of them. This is a really tough race.”

“We never mentioned Luke Meade all year, we sorely missed him today,” Bucknam said of the 2020 All-American who was injured during the summer. “He was a returning All-American, but we persevered and moved forward with the guys we had.

“We made a run at it, and hopefully we can continue to do that. We have a phenomenal indoor and outdoor track team and we’re looking forward to showing it off.”