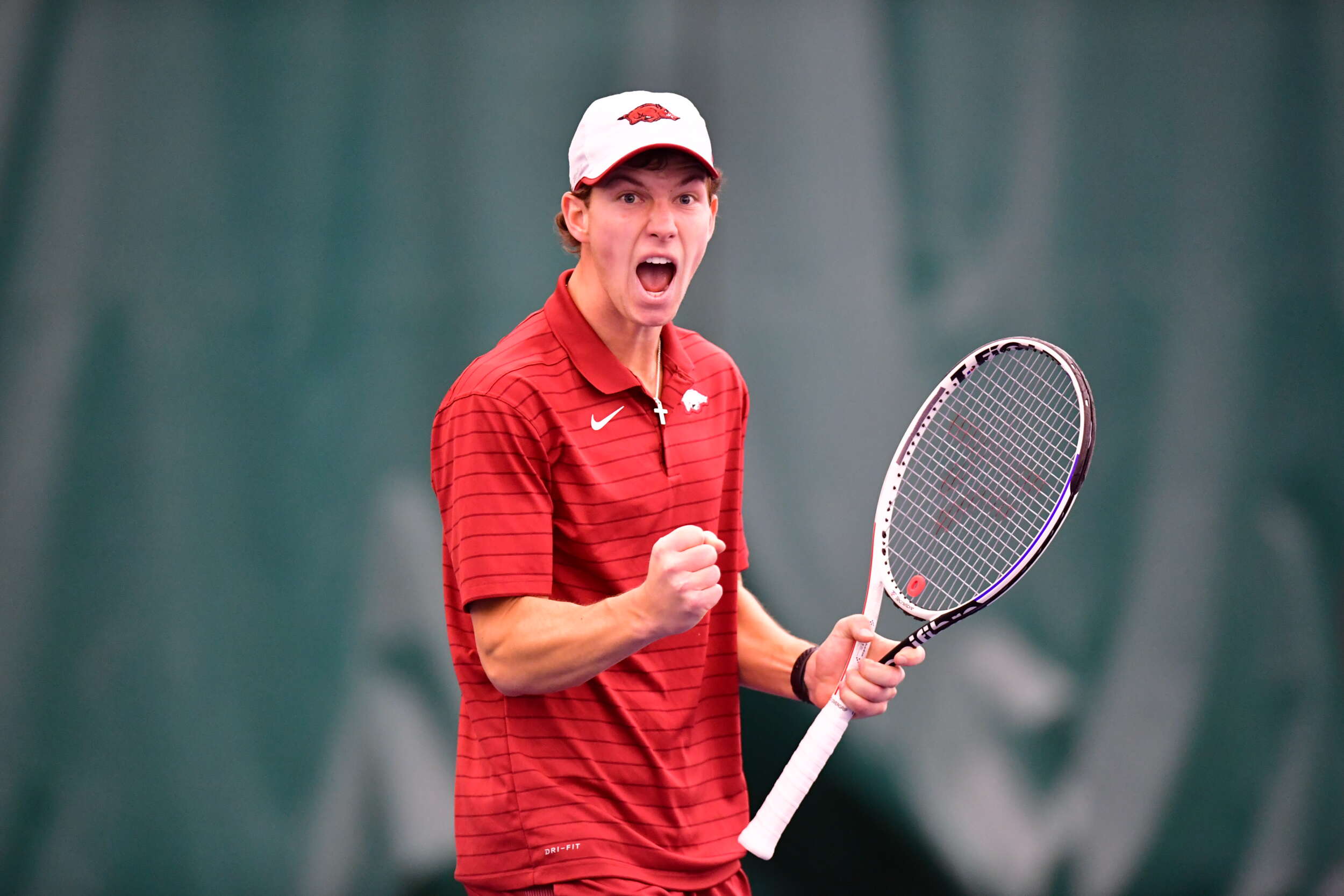 FAYETTEVILLE, Ark. – The Arkansas Men’s Tennis team (8-3) stayed perfect on its home court in 2022 after defeating the VCU Rams (4-5) on Sunday afternoon. The Razorbacks rebounded from a 4-3 loss on Wednesday at top-30 Tulsa to prevail in their second straight 4-3 match.

“We, again, really fought hard,” Head Coach Andy Jackson said. “VCU has a good team. I’m proud of our team for the investment and accepting the challenge.”

VCU came into Fayetteville looking for its first road win of the season and boasting wins over Temple and Virginia Tech, and kept the matches very tight starting with the doubles point. After the No. 48 doubles duo in the country, Arkansas’ Adrien Burdet and Melvin Manuel, coasted to a 6-3 win, Alex Reco and Nico Rousset were bested in a tiebreaker by No. 31 Charles Bertimon / Maxence Bertimon.

Singles play was much of the same with most matches going down to the wire. Melvin Manuel dominated Joaquim Almeida on court five with a 6-3, 6-2 win, and then Reco followed with a win over Charles Bertimon, 7-5, 6-2, bringing the Hogs within one win from taking down the Rams.

VCU pushed back and took a few singles matches of their own, and the match came down to Burdet and Rayane Stable on court four with the score knotted up at 3-3. The match went to a decisive third set, and Burdet sealed the win for the Hogs after controlling Stable in the third set, taking it 6-1.

Arkansas is now a perfect 7-0 at home this season. The Razorbacks will have a chance to extend that streak next Sunday when the Hogs are back at home.

“We have another big match for us next Sunday against UCF, a team that started the season in the top 10,” Jackson said. “We are excited for the big challenge and opportunity.”

Arkansas will take on the Oral Roberts Golden Eagles in addition to UCF on Sunday in the Hogs’ final doubleheader of the season. UCF and Arkansas are set to face off starting at 1 p.m. CT with match time against ORU yet to be determined.