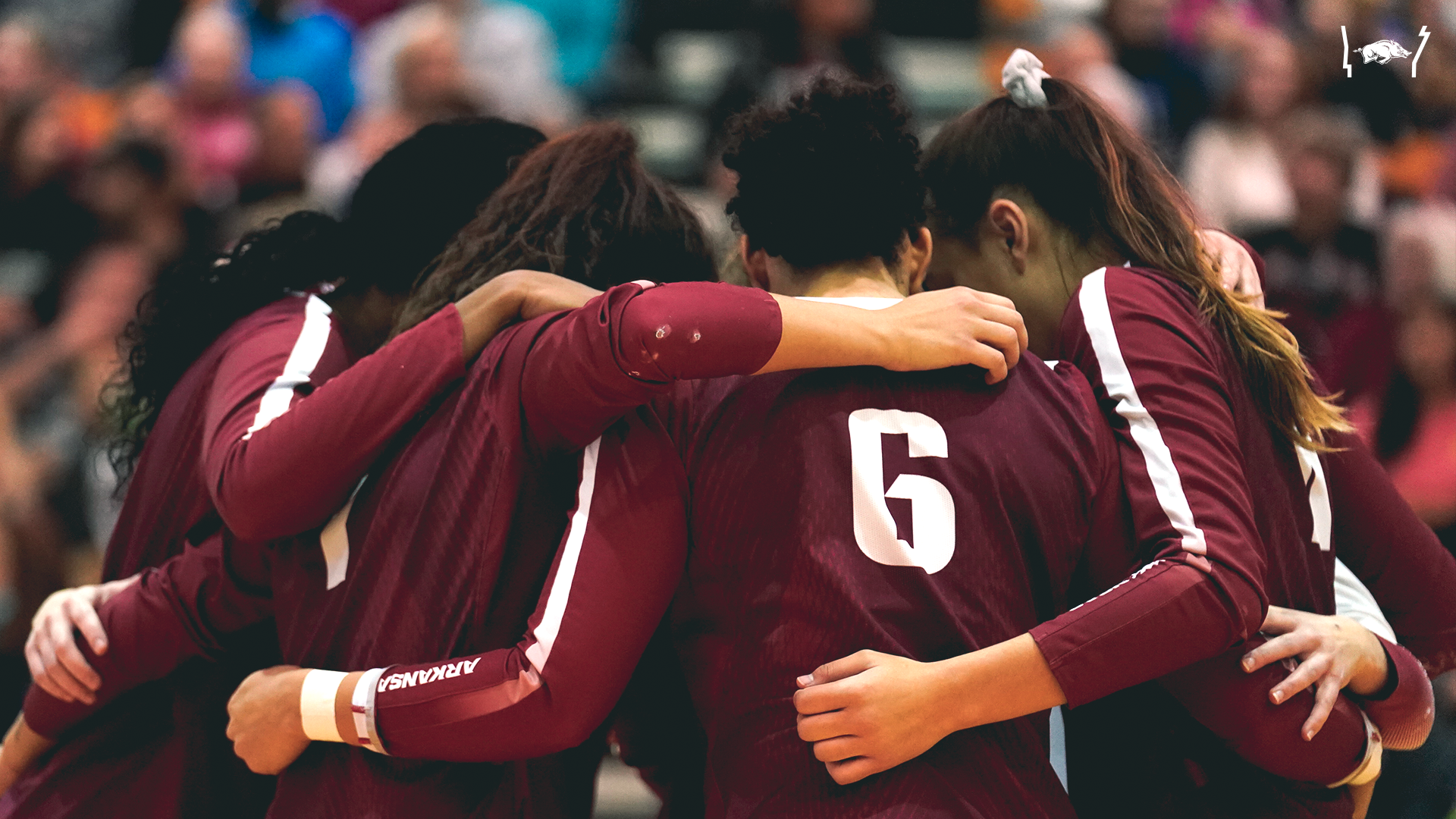 Sophomore Jill Gillen led the Hogs with 15 kills on the night. She also added nine digs and four service aces, which ties a season high. Sophomore Taylor Head contributed a double-double with 13 kills and 18 digs.

Two Razorbacks put themselves into the record books with their performances on Friday. Senior setter Gracie Ryan moved into fifth in all-time program history for career assists and now has 2,846. Junior outside hitter Maggie Cartwright added her 41st ace of the season, which was also match point for Arkansas, to place her in 10th in Arkansas program history for single season aces.

The Hogs got the first two points of the match with kills from Gillen and Head for an early lead that would grow as the first set wore on. The Gamecocks used a three-point run to make up some ground and remedied an attack error with two more points to tie it 12-12. Arkansas scored three of the next four for a 15-13 lead at the media timeout. The teams then traded three-point runs, which allowed South Carolina to narrow Arkansas’ lead to 21-20. The Hogs pushed it to set point, but the two teams tied the score seven times after that. Arkansas finally put the set away 32-30 off a South Carolina error and took a 1-0 match lead.

The second set was close to start, but a 6-0 run from the Hogs featuring four aces from Gillen put Arkansas up 9-2 and sent South Carolina to an early timeout. The Hogs didn’t let up and scored six of the next eight for a 15-5 lead and another Gamecock timeout. South Carolina tacked on a couple of runs from there, but didn’t gain enough momentum for a comeback. A kill from Gillen closed the second set 25-18 in favor of the Razorbacks and they went up 2-0 in the match.

The two teams traded points early in the third, but a pair of errors from South Carolina and a Gillen kill put Arkansas up 9-5. The Hogs went on a 3-0 run shortly after, which featured two kills from senior Ellease Crumpton, for a 12-6 edge. The Gamecocks then scored four more to narrow the gap to 12-10 and came within one three times from there. South Carolina tied it all up at 18-, 19-, 20- and 21-all before the Gamecocks took a 22-21 lead and sent Arkansas to a huddle. The score was knotted again at 24, but a South Carolina error put the Hogs within one. An ace from Cartwright finished it 26-24 for Arkansas and for the match sweep.