Razorbacks T14th After Day 1 at NCAA

“I thought we did a great job,” head coach Brad McMakin said. “It was really tough this afternoon. The greens were really firm. We got off to a slow start but they hung in there. The rounds of 71 by Mateo and Segundo were fantastic. It was a great team effort. Now we have to go and take advantage by playing the morning wave tomorrow.”

Vanderbilt leads after 18 holes with a 2-over-par 282, followed by Oregon and Auburn at +5, and Kansas and Arizona at +6.

Oliva Pinto reeled off nine pars to start the day then opened his back nine with two bogeys. However, he posted back-to-back birdies on his 13th and 14th holes. He did drop a shot on his 16th hole, the par-4 seventh that played as the second-hardest hole of day one.

Arkansas will once again pair up with Georgia and Wake Forest for round two Saturday. The team will stat at 10 am (CT) off hole #1. 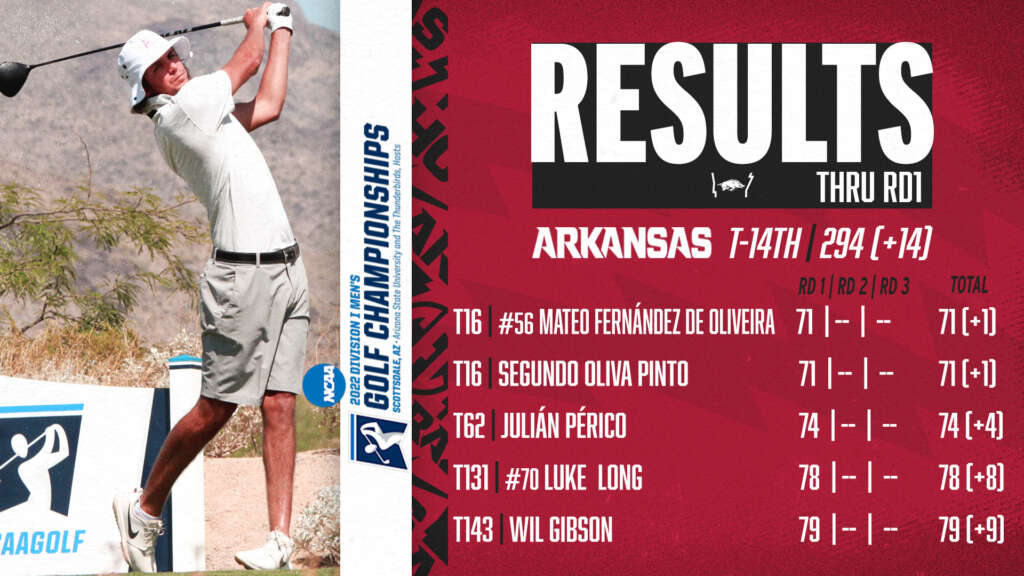