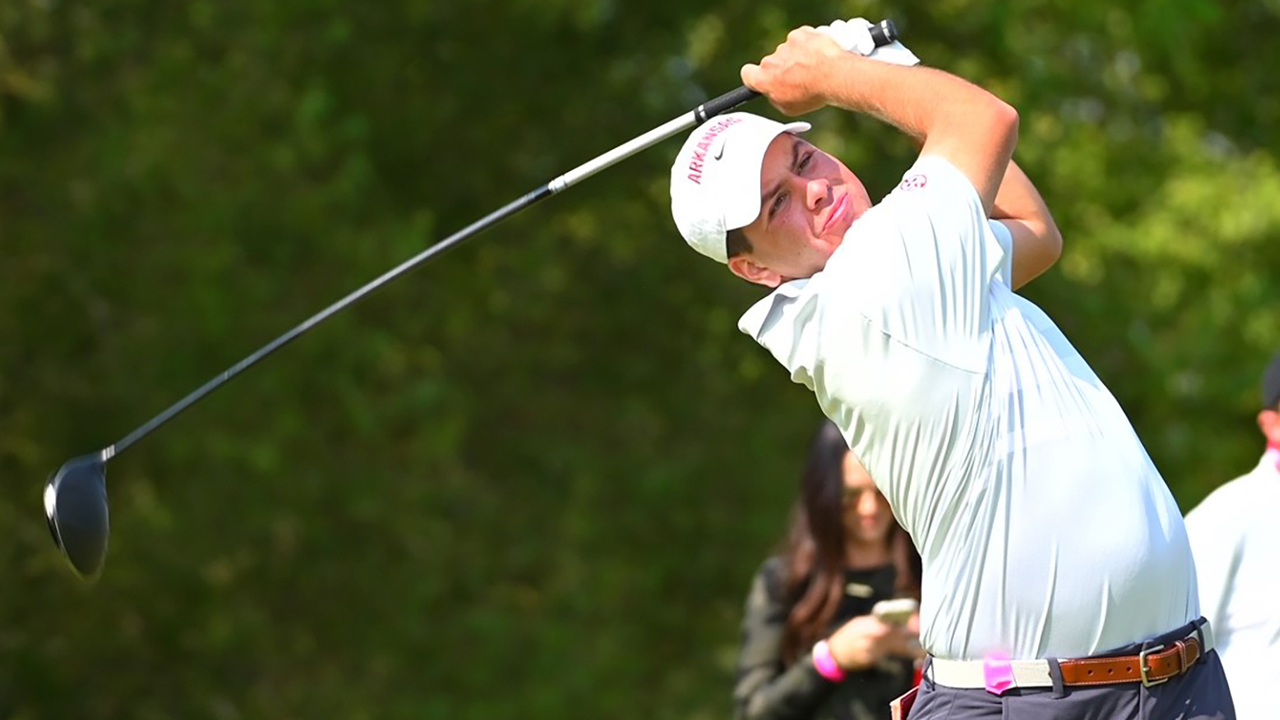 SAN ANTONIO, Texas. – Julian Perico climbed 12 spots into a tie for ninth and Arkansas improved one position into a tie for seventh after 36 holes (302-296=598) at the CABO COLLEGIATE Tuesday, played at TPC San Antonio’s Oaks Course (par 72, 7.034 yards).

Once again, only four players are at par or better after two rounds. Vincent Norman (Florida State) posted the team round of the day – a 4-under 68 – and leads a trio of golfers in second by three strokes. Garrett Reband (Oklahoma), Sam Bennett (Texas A&M) and Pierceson Coody (Texas) are all tied for second at even par (144). The winner of this year’s event will earn an exemption to play on the PGA TOUR’s Valero Texas Open on the same course at the end of the month.

For Arkansas, Julian Perico, ranked 20th in the nation, shot 12 spots up the leaderboard after a second-round, 2-under-par 70. The junior has a 36-hole score of 2-over-par 146 (76-70) and is tied for nine – five strokes off the lead. On Tuesday, Perico, who started on hole #10, was even at the turn with a bogey on his third hole and a birdie on his eighth. He had two bogeys and two birdies on his back nine but holed out from 80 yards on the 315-yard, par-4 5th hole for his fifth eagle for his 2-under 70. It was his fifth eagle of the year and the 14th of his career, including a double eagle in last year’s CABO COLLEGIATE.

The third and final round of the CABO COLLEGIATE is set for Wednesday. 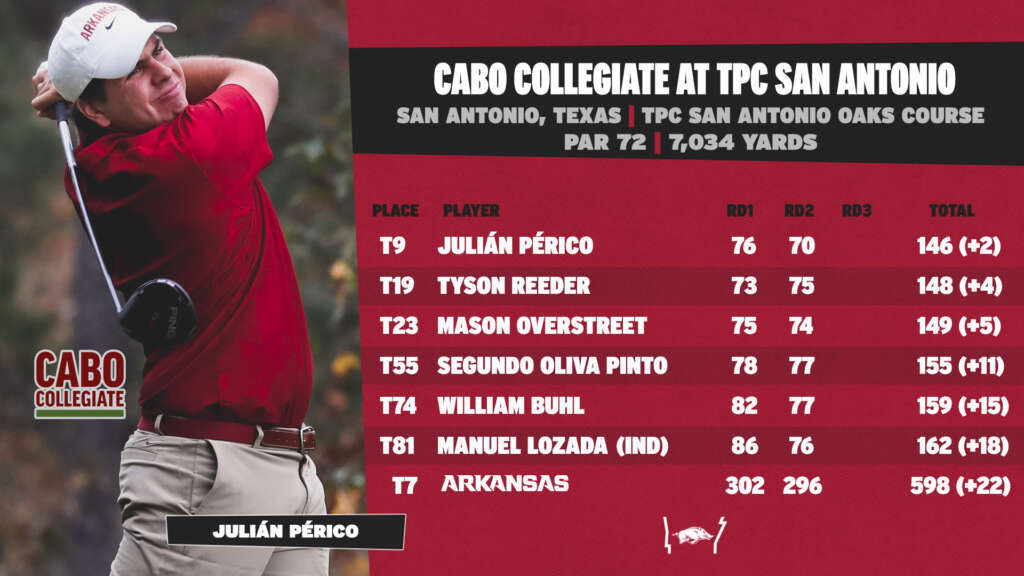