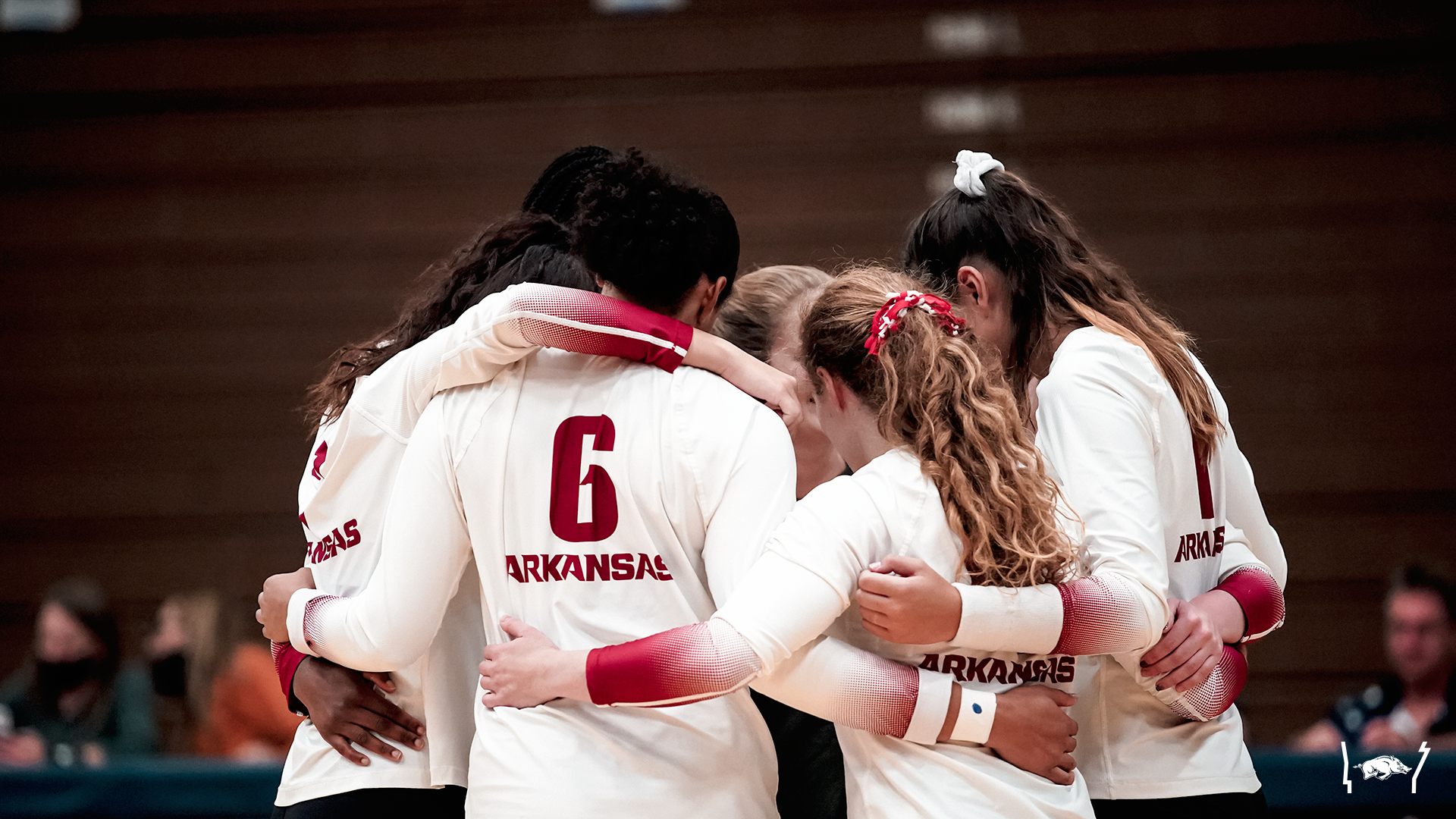 Razorbacks Take Down Aggies in Five

Arkansas volleyball continued action in the Bobcat Classic on Friday afternoon, and for the second match in a row, the Razorbacks came back from behind and won in extra set, 3-2 fashion, this time over Utah State.

Junior Jillian Gillen bounced back in a big way during the match after she posted a negative hitting percentage and eight kills in Thursday’s contest. Gillen tallied 33 kills against Utah State, a new career high. She needed just one more kill on Friday to surpass 800 total in her Arkansas tenure, and now has 832 to her name.

Senior setter Gracie Ryan also reached new heights in the match. She was just one shy of matching her career high in assists with 58 but cemented herself as one of the best Razorback setters in history with the mark. Ryan has now moved into eighth on the list of individual career highs for assists with 1,855.

The Razorbacks quickly took a 4-1 lead in the first set, but the Aggies began to creep up with three straight points and tied the score 6-6. From there, the teams steadily exchanged points until Utah State began to pull away with a 6-1 run that sent Arkansas to a timeout down 16-11. The Aggies maintained the lead but following another Razorback timeout, Gillen tallied four straight kills to send Utah State to the huddle this time with a 23-20 lead. Arkansas added one more point, but a service error ended the first 25-21 in Utah State’s favor.

A four-point streak with a Gillen kill and three Utah State errors early in the second set gave Arkansas a 6-3 lead. The Aggies gained some ground, but a kill by graduate transfer Abigail Archibong, an ace from Jackson and a kill and an ace from Cartwright stifled the Aggie momentum for an 11-7 Arkansas advantage. Kills from Gillen and Head added to the lead and the Aggies huddled down 15-8.The Razorbacks strung together three straight points and made it 20-12, and while the Aggies added three more, they could not overcome the deficit. A kill from Head ended the second set 25-16 for the Razorbacks. Arkansas held Utah State’s hitting percentage to just .030 in the set, while the Razorbacks hit .333.

The third set was all Razorbacks to start, and Arkansas had led the entire way when the Aggies headed to a timeout down 17-13. Utah State then added four straight points to tie the set, which then sent Arkansas to a break of its own. The third was incredibly tight from there, and neither team gave the other any room to breathe. A service ace sent Utah State to set point up 24-23, and a Razorback attack error ended it 25-23 for the Aggies.

The fourth set played out similarly to the third. Arkansas had a five-point lead midway through, but another four-point run for Utah State brought the score to 15-14. After a Razorback timeout, the set stayed close and the Aggies didn’t let up. There were 12 tie scores from then on out, and an attack error from Utah State put the set in Arkansas’ hands. A kill from Gillen closed it out 28-26 and Arkansas forced a fifth set for the third match in a row and the second in Montana.

The Razorbacks grabbed the first two points in the fifth and final set, and while the Aggies did catch up early, kills from Gillen and Crumpton and a Utah State error built a cushion for Arkansas. The team expanded its lead to 9-6, and Utah State called a timeout. The Aggies then added two points, but the Razorbacks staved them off, and kills from Head and Gillen made the score 13-10. Utah State huddled and was able to mount a comeback that put the Aggies within one at 14-13 and Arkansas headed to a timeout. A service error from Utah State spoiled its chances to overcome, and the Razorbacks came away with the 15-13 set victory and 3-2 match advantage.

Arkansas closes out the Bobcat Classic with a match against Portland on Saturday at 11 a.m. The Pilots are 0-1 thus far in the tournament and fell three sets to none against Utah State Friday morning. The match will be live streamed via Montana State’s website and live stats will be available.