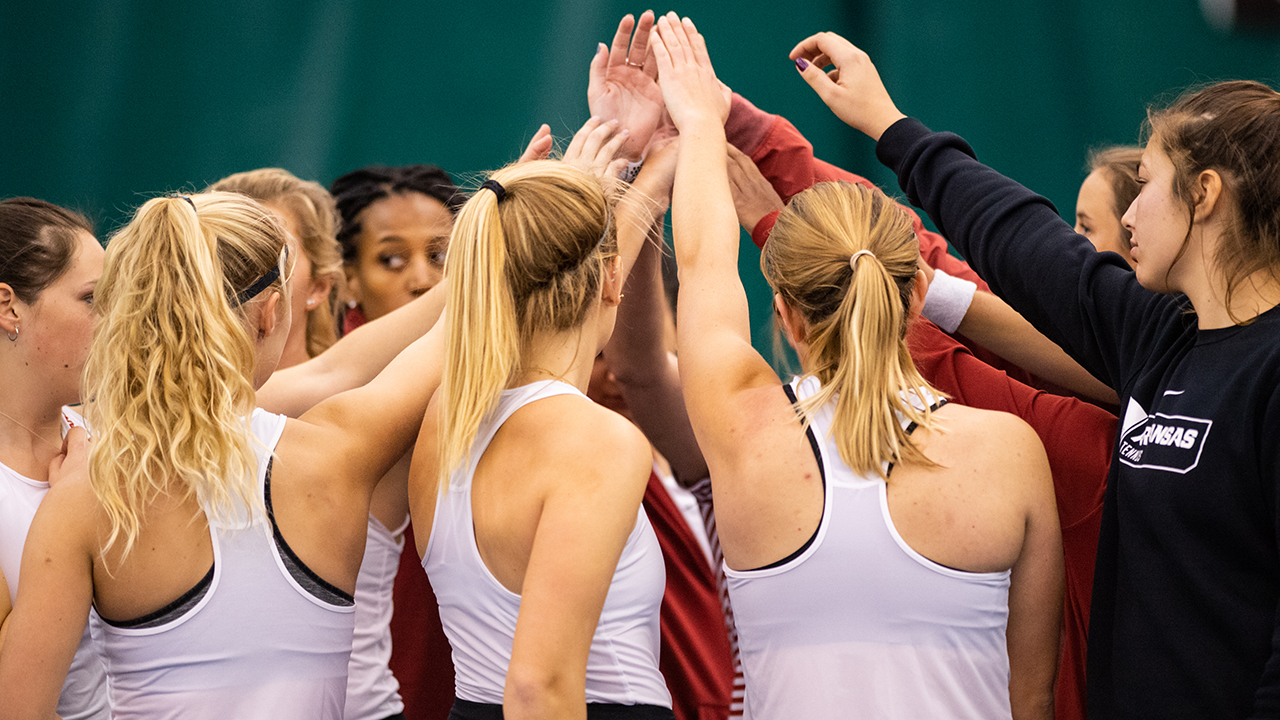 Razorbacks to Close Out Regular Season

FAYETTEVILLE, Ark.- The No. 44 Arkansas women’s tennis team will close out its regular season this weekend, facing No. 35 Alabama and Auburn on the road.

The Hogs are coming off a 1-2 weekend, closing out home play against No. 1 Georgia, No. 17 Tennessee and Oral Roberts. Arkansas played a close match against the Lady Vols, despite the loss, and picked up a 5-0 sweep against Oral Roberts to split a senior day doubleheader.

No. 88 Martina Zerulo picked up an impressive win over then-No. 65 Sadie Hammond of Tennessee to jump up 16 spots in the latest ITA Rankings. Zerulo is second on the team in singles wins with 11, just one behind No. 86 Tatum Rice’s 12.

The Razorbacks had two quality wins in doubles play over the weekend, with one coming against the Bulldogs and the other coming against the Lady Vols. Lauren Alter and Tatum Rice earned a 6-1 defeat of Katarina Jokic and Lourdes Carle of Georgia while Zerulo and Thea Rice recorded a 6-2 win over Maia Haumuller and Tenika McGiffin of Tennessee.

Alabama is 16-10 (4-7 SEC) this season and will host Arkansas on a one-match losing streak. This will be the 35th meeting between the teams, with the Tide holding a slight 18-16 series advantage.

Auburn is 13-13 (0-11 SEC) this season, hosting Missouri Friday afternoon before hosting the Razorbacks. This will be the 41st meeting between the teams, with Arkansas holding a 21-19 advantage.

First serve Friday night is set for 5 p.m. in Tuscaloosa, Ala., while first serve at the Yarborough Tennis Center is set for 12 p.m. Sunday afternoon.