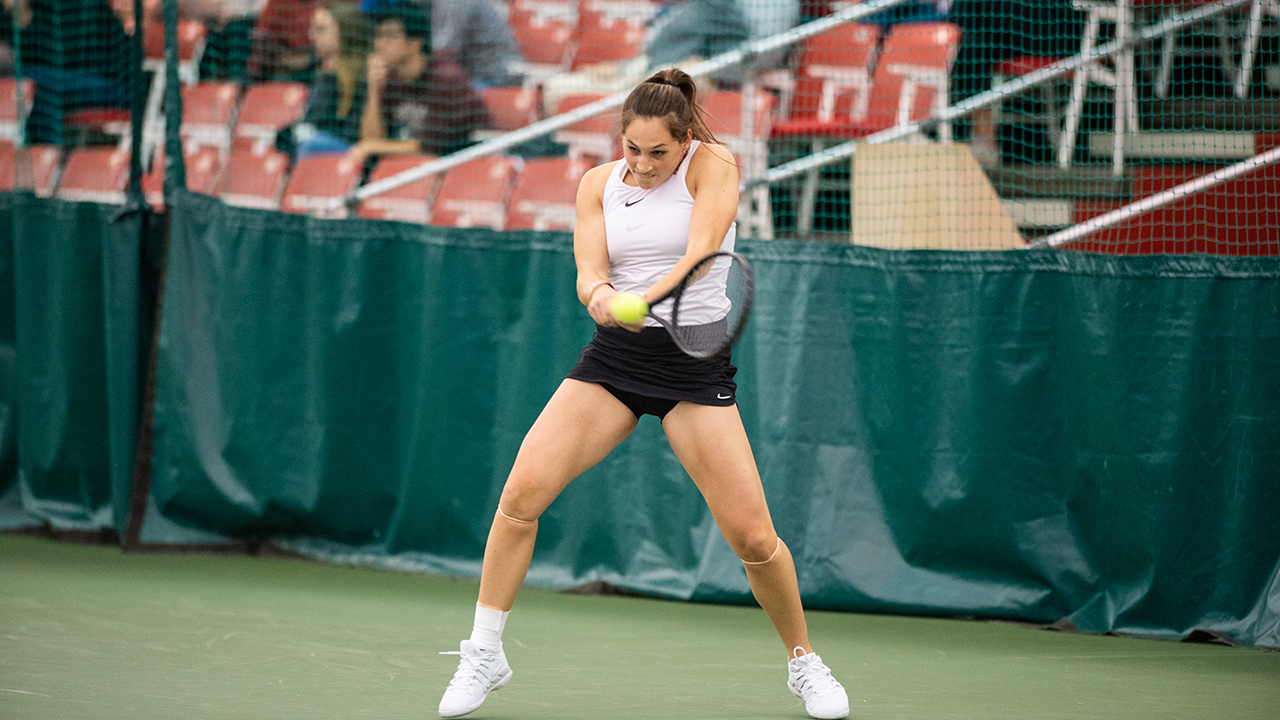 FAYETTEVILLE, Ark.- The No. 41 Arkansas women’s tennis team will continue its five-match road stretch at No. 8 Kansas Saturday afternoon in the final match before opening SEC play.

The Hogs are 7-3 on the season, dropping their last three matches. This is the second time this season the team has faced a top-10 opponent, defeating then-No. 9 Oklahoma State at home in a close 4-3 decision.

Sophomore Tatum Rice remains in the ITA rankings in singles play, coming in at No. 81. The Hot Springs, Ark. native leads the team with a 7-1 singles record, playing primarily at the No. 2 position.

Arkansas has picked up steam in doubles play, winning the doubles point over Loyola Marymount for the first time in three matches. Rice and partner Martina Zerulo are 4-2 in doubles play at the No. 1 position to lead the team.

The Jayhawks are 6-1 this season, entering the weekend with a four-match winning streak. This will be the 23rd meeting between the teams, with the Razorbacks holding a 13-9 series advantage.

First serve at the Jayhawk Tennis Center is set for 12 p.m.