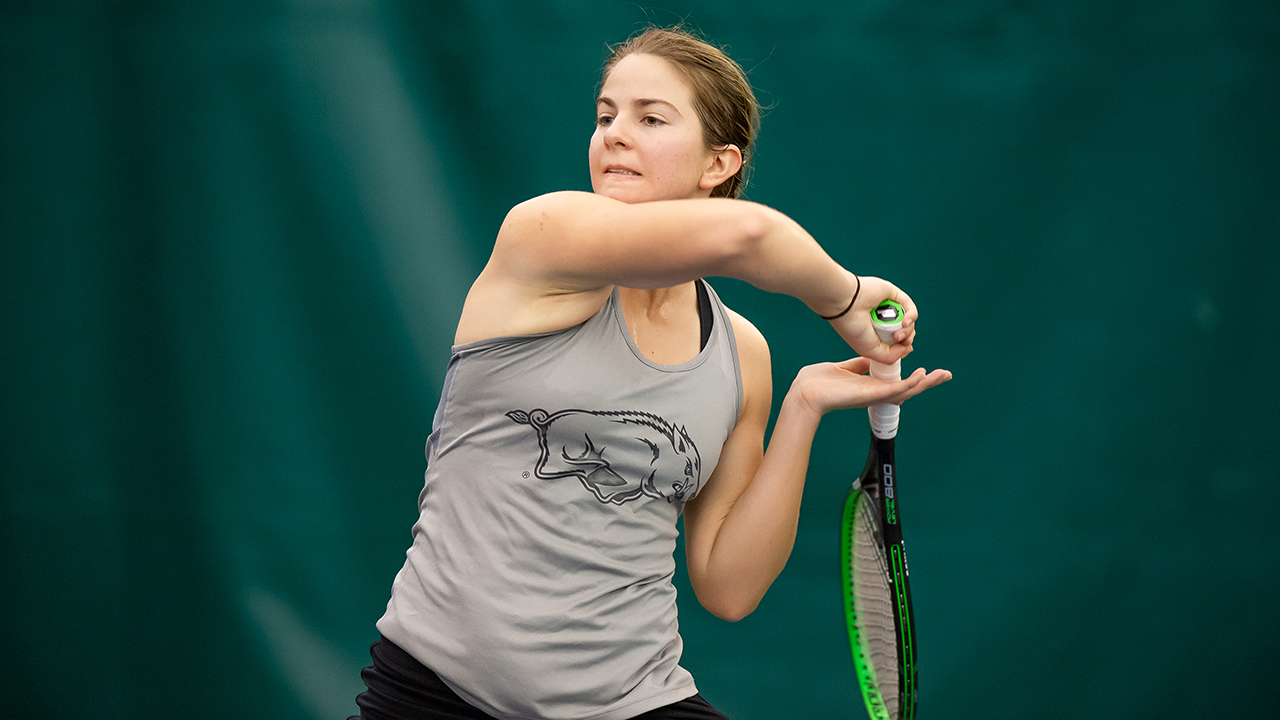 FAYETTEVILLE, Ark.- The No. 44 Arkansas women’s tennis team will return home this weekend for the first time in a month to open its home conference schedule against No. 45 Florida and No. 9 South Carolina.

The Hogs opened SEC play last weekend, falling at No. 25 Kentucky and No. 6 Vanderbilt. The team will look to snap its six-match losing streak as well as pick up its first conference win under first-year head coach Courtney Steinbock.

In doubles play, two pairs of Razorbacks entered this week’s rankings as Martina Zerulo and Rice earned a No. 63 ranking while Jackie Carr and Laura Rijkers came in at No. 79. Carr and Rijkers topped then-No. 39 Maria Toran Ribas and Malkia Ngounoue when the Hogs faced Kansas, and hold a 2-1 record as a pair.

The Gators are 4-5 (1-1 SEC) on the season and will come to the Hill on a one-match losing streak. This will be the 32nd time the two teams will face each other, with Florida holding a 30-1 series advantage.

South Carolina is 7-2 (2-0 SEC) this season and will face No. 41 Missouri before coming to Arkansas. Sunday’s match will be the 32nd meeting between the teams, with the Gamecocks holding a 23-8 series advantage.