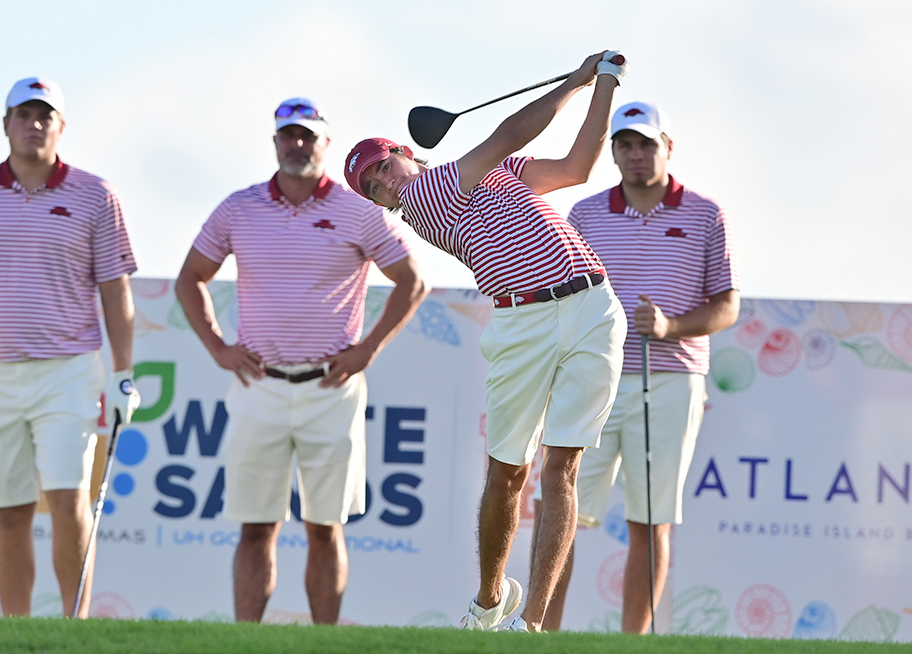 PARADISE ISLAND, The Bahamas – The 22nd-ranked Arkansas men’s golf team wrapped up the fall portion of its 2019-20 schedule by firing the best round of the day – as well as one of the best in school history – and placing third of 14 teams at the White Sands Invitational, played at the Ocean Club Golf Course (par 72, 7,159 yards).

Not only did the Razorbacks place third – their fourth top-3 finish in five fall events this season – the team finished ahead of the nation’s top-ranked team – Wake Forest – and the second-ranked SMU Mustangs.

“I am really proud of the effort all five guys gave this week,” said head coach Brad McMakin. “We finished the fall on a positive note, beating the two top-ranked teams in the nation. We look forward to the next few months as we prepare for the spring.” 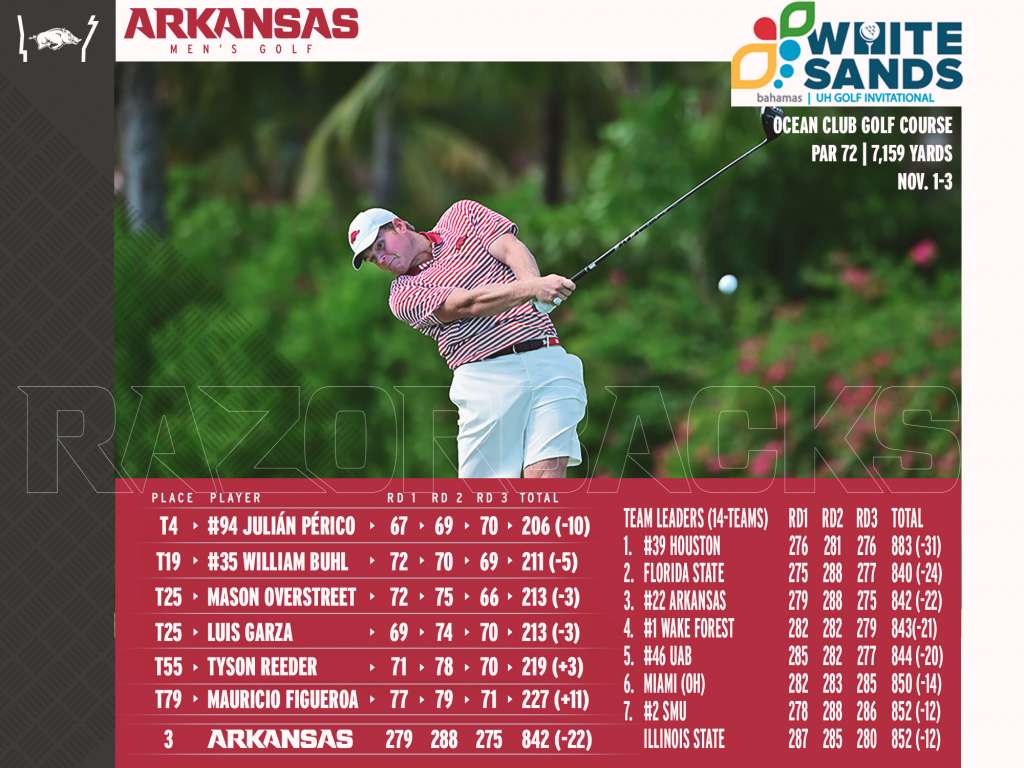