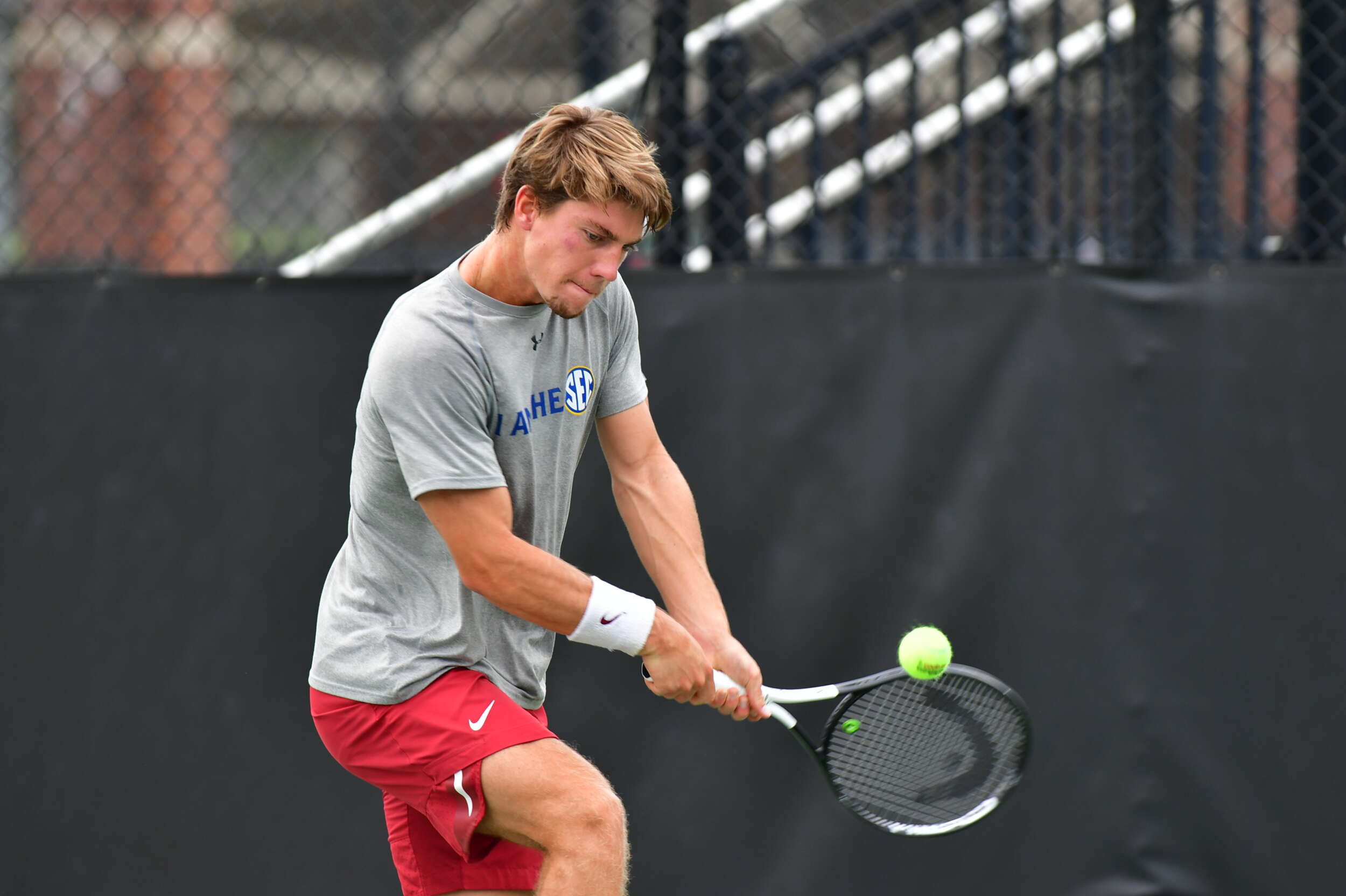 The two sides each took a set, 6-2, leading to a third and deciding set. Reco and Rousset battled and came out on top in an extended final set, 10-6. The two Razorbacks advance to the quarterfinals of the doubles main draw and will face Trent Bryde and Tyler Zink on Thursday afternoon. First serve is scheduled for no sooner than 2:30 p.m. CT.

Rousset and Reco traditionally played together in the spring at the No. 2 position and racked up five wins as a doubles pairing during the dual season.

Fans can stay updated with action from the NWA Legacy Bank Summer Series at the Tournament Central or ITF site.