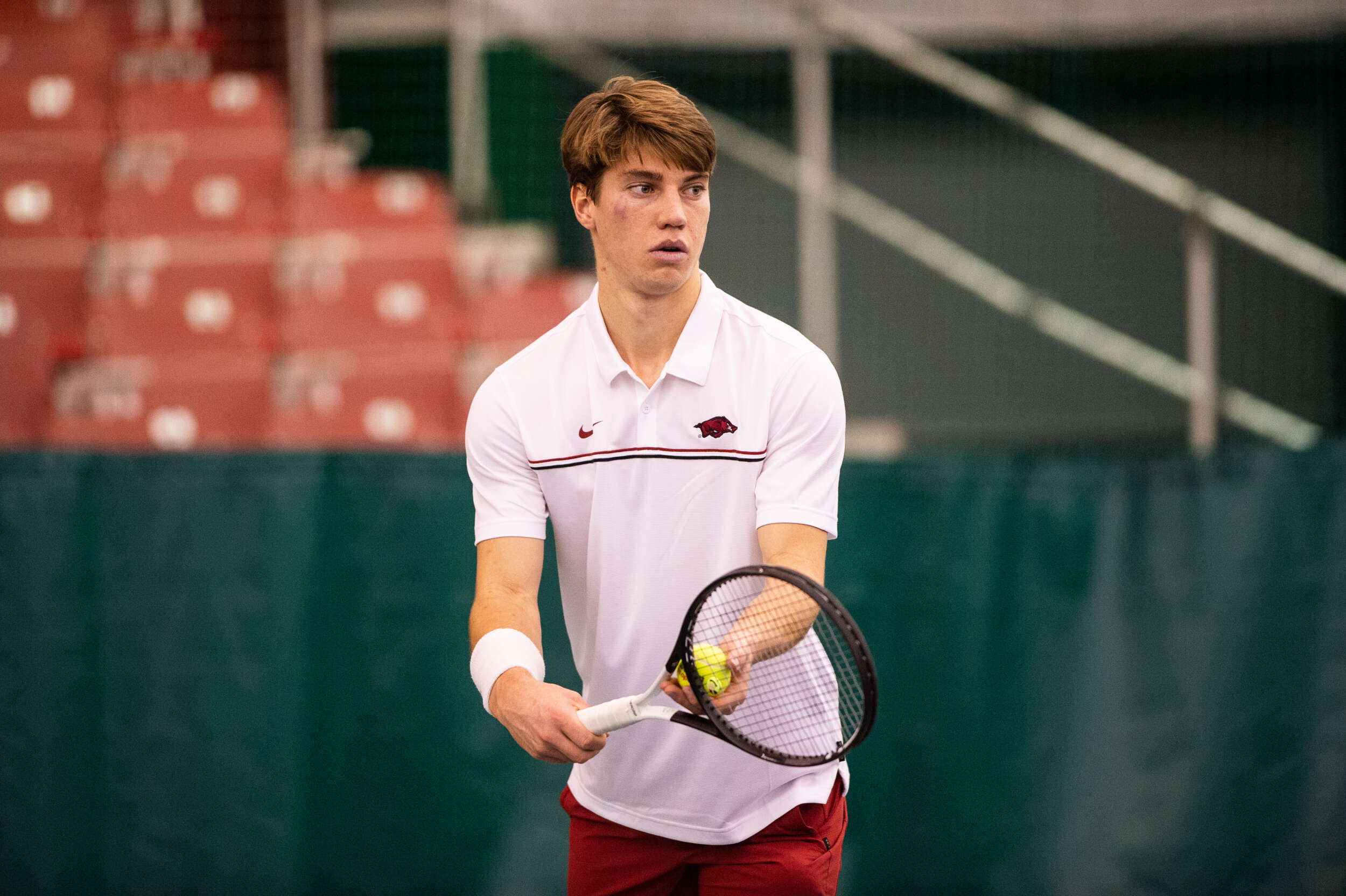 Reco tabbed at No. 72 in Oracle/ITA Top 125 Preseason Rankings

FAYETTEVILLE, Ark. – Arkansas men’s tennis player Alex Reco was ranked No. 72 in the Oracle/ITA Top 125 Preseason rankings. Reco went 2-0 over the weekend at the No. 1 spot, taking both matches against Matt Hulme of Omaha in straight sets.

Reco was listed in the final three rankings of the 2020 season, jumping from No. 111 to No. 81 in the last rankings released on March 3. The junior led the Razorbacks in the spring with a 9-1 record and 2-0 in the SEC, highlighted by three wins over ranked opponents including No. 59 Matias Soto in Arkansas’ upset win over No. 5 Baylor.

Reco and the Razorbacks will be back in action in Stillwater, Okla. for a matchup with No. 14 Oklahoma State on Thursday, Jan. 28. First serve in Stillwater is set for 4 p.m. CT.