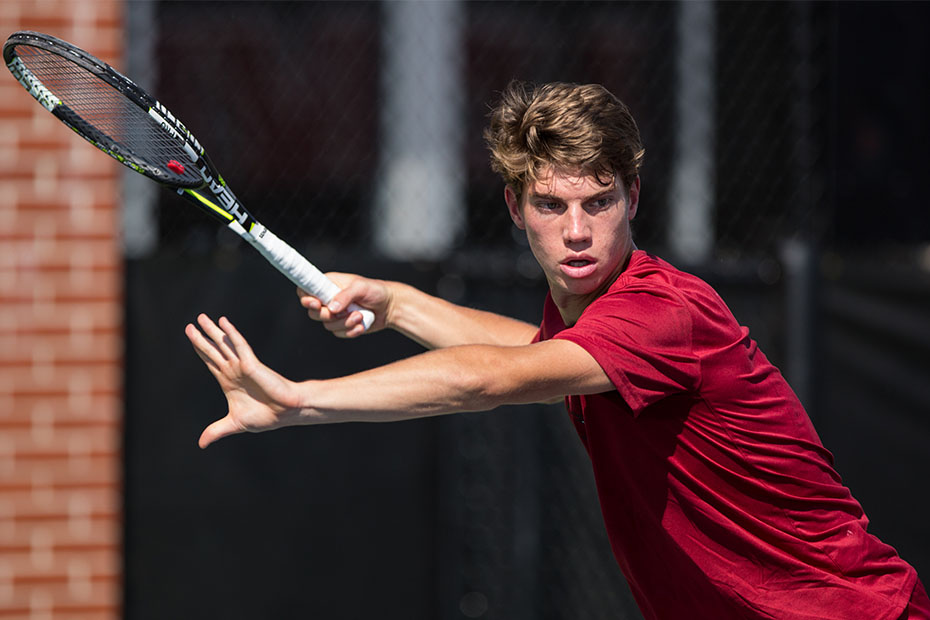 The ITA All-American Championships in Tulsa, Oklahoma, are underway this week. Arkansas senior Alex Reco will begin his singles play tomorrow in the main draw as part of the tournament that will feature the top 64 players in the country.

Reco is off to a hot start to begin the fall season, making the singles final in Plaisir, France, at the beginning of September. He followed that with a doubles title with teammate Nico Rousset in the ITF World Tour 15K in Fayetteville last week.

The Hogs have already picked up several wins in Tulsa, as Reco and Rousset won their first-round doubles match Sunday and five Razorbacks have picked up singles wins over the weekend.

The ITA All-American Championships features the best of Division I college tennis and is taking place at the Michael D. Case Center at the University of Tulsa.