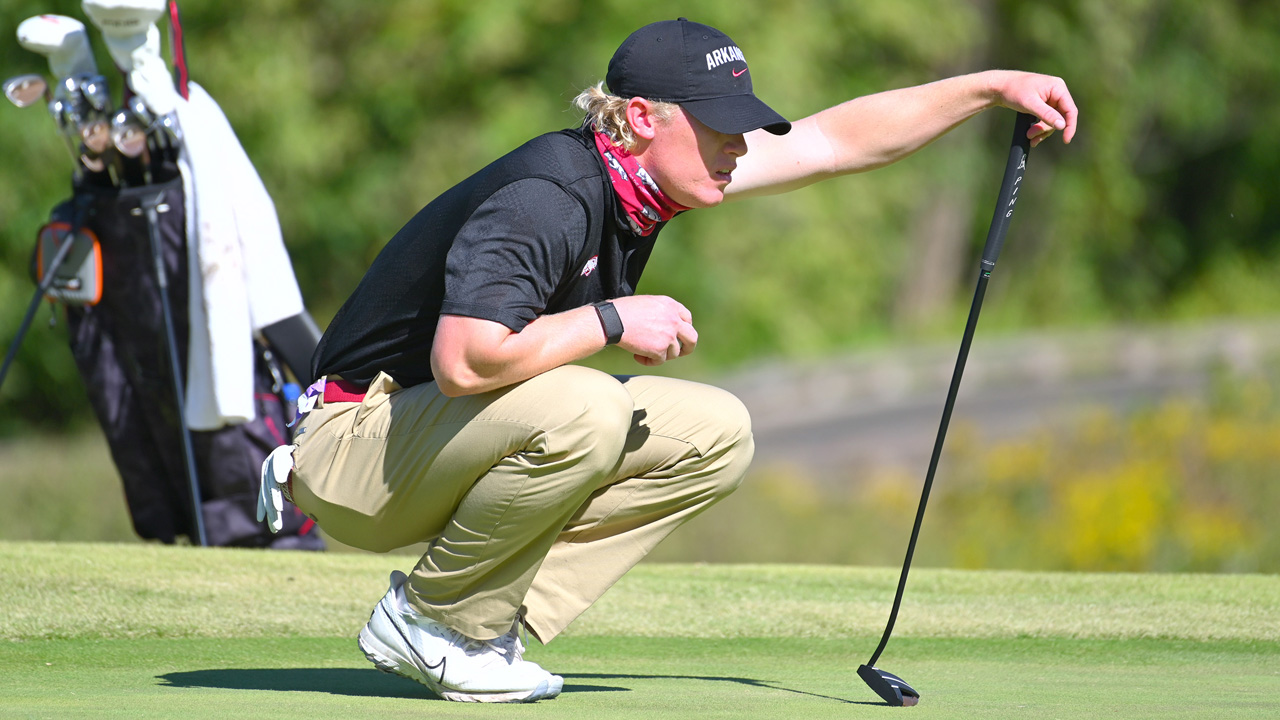 WEST POINT, Miss. – Tyson Reeder recorded his second straight top-three finish and Julian Perico tied for 10th as the 22nd-ranked Arkansas Razorbacks finished in a tie for sixth with a 2-under par score of 862 (293-269-300) at the Old Waverly Collegiate Championship.

Inclement weather forced two delays to start the final round.

Reeder carded a final-round 70 to finish third, three strokes off the lead. Reeder, who won his last time out, has posted nine of his last 12 rounds at par or better. The graduate senior opened with a birdie then reeled off eight pars to make the turn at 1-under. He then went birdie, bogey birdie to get to 2-under for the day then offset a bogey on the 15th hole with a birdie on his last to finish with his 2-under-par 70.

Up next, Arkansas will play in the Shoal Creek Invitational in Birmingham, Ala., from April 5-7. It will be the final event prior to defending its SEC Championship – April 21-25. 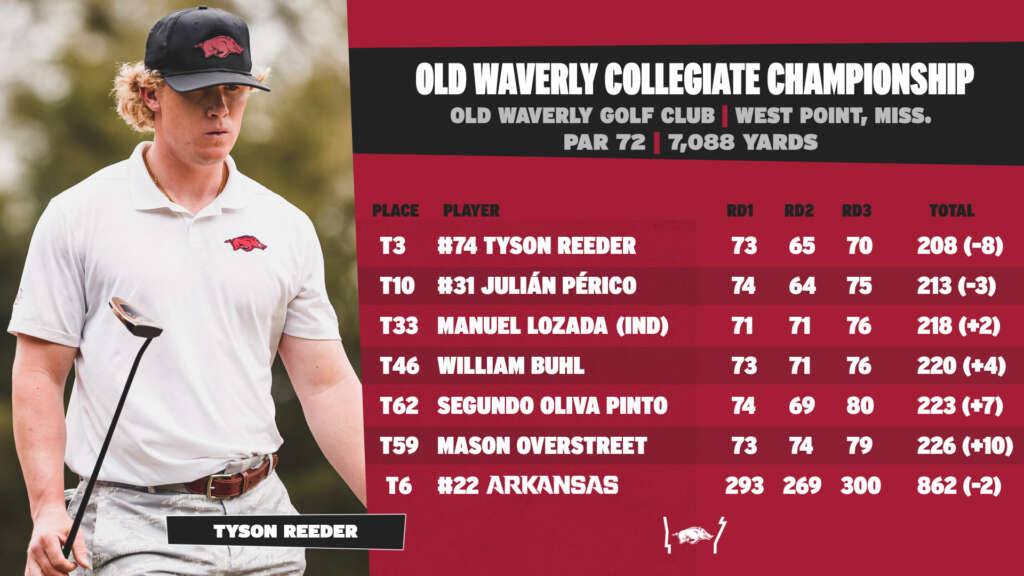