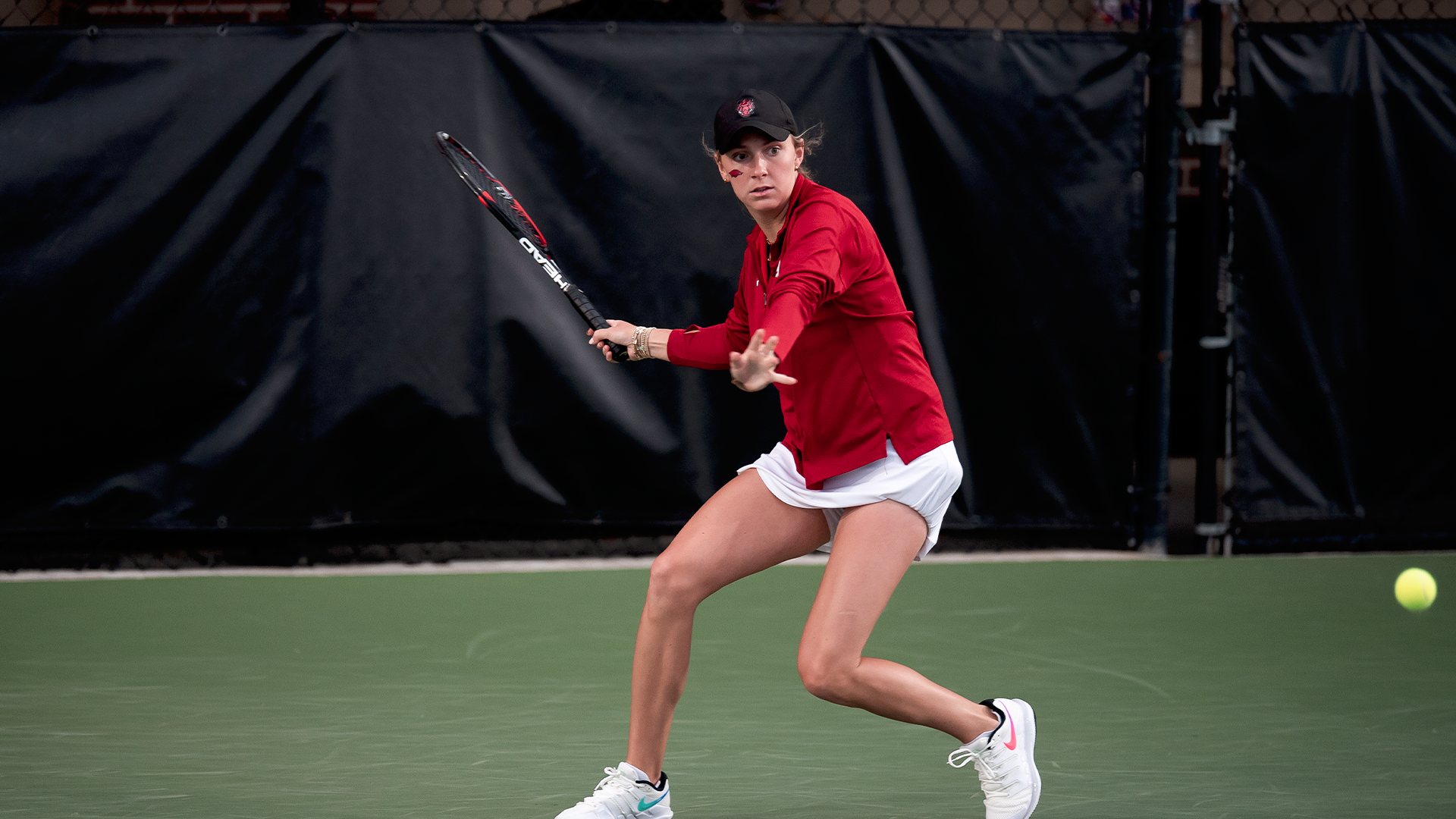 CHAMPAIGN, Ill. – Arkansas women’s tennis graduate student No. 61 Tatum Rice represented the Razorbacks in her first appearance at the NCAA Singles Championships, falling in a hard-fought match to Oklahoma’s No. 53 Carmen Corley 6-4, 6-2 in the Round of 64.

Rice took an early lead, claiming back-to-back games in the first set, but Corley battled back to take the next three and the lead. The two traded games back and forth, with Corley ultimately coming out on top for a close 6-4 first-set win.

Corley didn’t stop there, taking the first four games in the second set with Rice having to fight from behind. Tatum took two straight sets to close to gap to 5-2, but dropped the next game to give Corley the match win.

The Hot Springs native has had an impressive career and season for the Razorbacks. She was selected First Team All-SEC and was named SEC Player of the Week earlier this season. Rice ends this year with a 16-16 overall record this season and has gone 8-9 against nationally ranked opponents, taking down four straight in SEC matches.