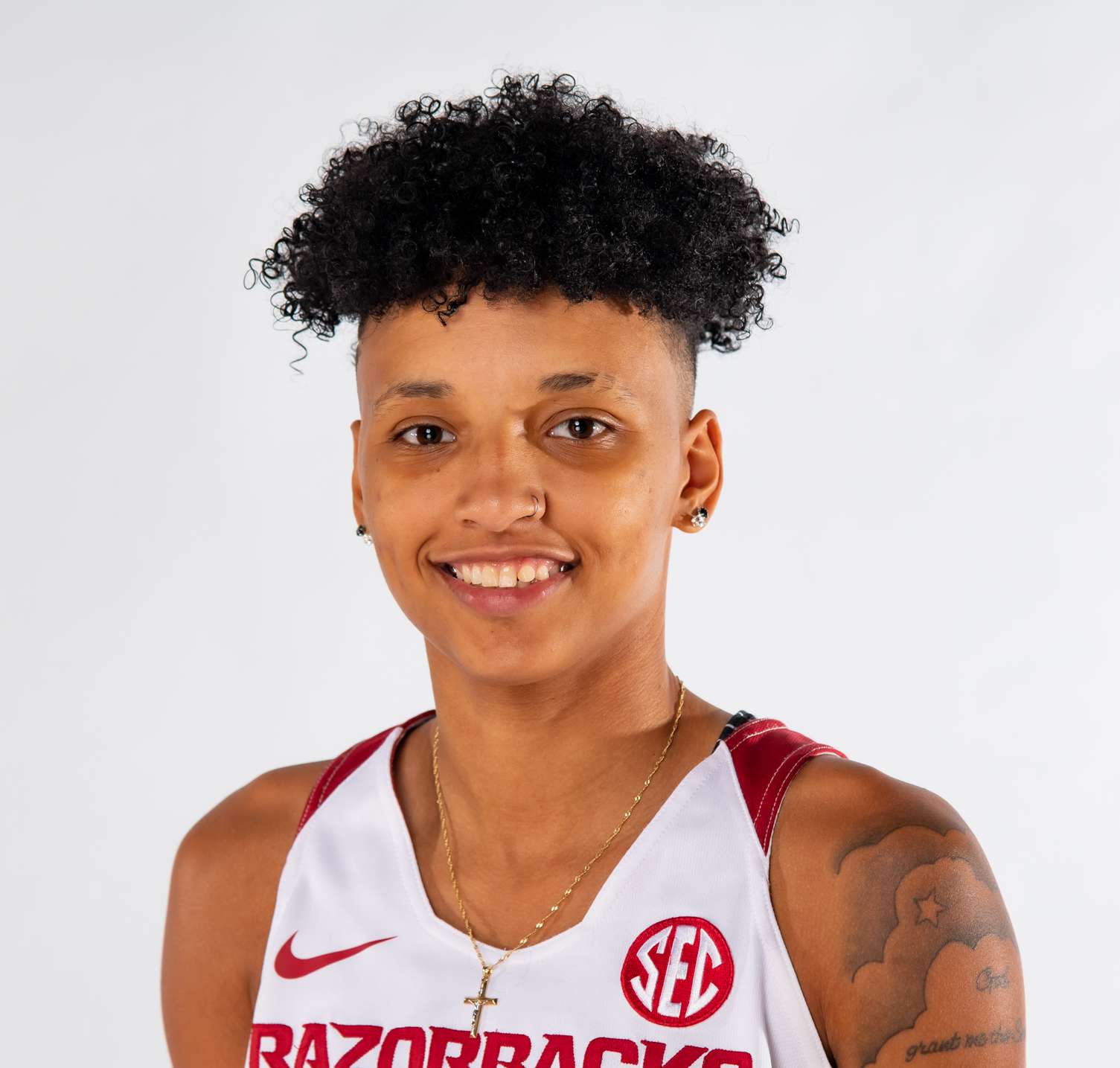 AS A SENIOR (2019-20)
Exploded onto the scene during her final collegiate season, becoming Arkansas’ first First Team ALL-SEC player since Jessica Jackson back in 2016 … Averaged 16.3 points, 4.3 rebounds, 2.0 assists, 1.6 steals, 29.9 minutes per game … 42.3 FG %, 40.4 3FG %, 83.3 FT % … 25 games in double figures, 12 games with 20+, six of which have came during SEC play … Went for 30+ four times during her senior season … Dropped a career-high 35 points against Missouri on the road, including 23 in the second half to spark the massive comeback … Went for 30 against then-No. 15 Kentucky, including 25 in the second half … Dropped 30 against Auburn in the first round of the SEC Tournament … Averaged a team-high 18.6 points, 4.9 rebounds, 1.9 assists, 1.8 steals per game over the 16-game conference schedule … Finished third in the SEC in scoring over the conference schedule … Finished second in the league in conference play in three-pointers made (49) and third in three-point percentage (.389) … Her 49 threes made in conference play tied Wendi Willits’ program record …  Eighth in the conference in SEC only games in steals per game (1.8) … Finished 11th in the NCAA in total 3PM this season (91).

AS A JUNIOR (2018-19)
Scored an Arkansas career-best 22 points against No. 22 Arizona State … Scored in double figures in 20 games as a junior … Had season-best five assist against Pittsburg … Led Arkansas in scoring in seven games … Led the Razorbacks in rebounding in two games grabbing a season-best six boards twice (Pittsburgh & Nebraska) … Two games with 20+ points scoring 22 against No. 22 Arizona State and had 21 points in a come-from-behind win at Abilene Christian … Hit three or more 3point field goals in 17 games … Career-best five 3-pointers against Pittsburg … Scored in double figures in five consecutive games to open the season … Finished the year with double figures in nine of the last 12 games … Third on the team averaging 10.2 points per game.

PRIOR TO ARKANSAS
Two seasons at Jones College in Ellisville, Mississippi … NJCAA All-American, and All-Region 23 and All-Region 23 All-Tournament team selection … As a sophomore, Tolefree averaged 21.3 points per game and 3.2 rebounds per game …. Shot 43.1 percent from the floor … Ranked second in the MACJC and seventh nationally in scoring and was third in the nation in 3-point field goals per game …. Led her team to the Region 23 title scoring 50 points in the win over Copiah-Lincoln in the final game.