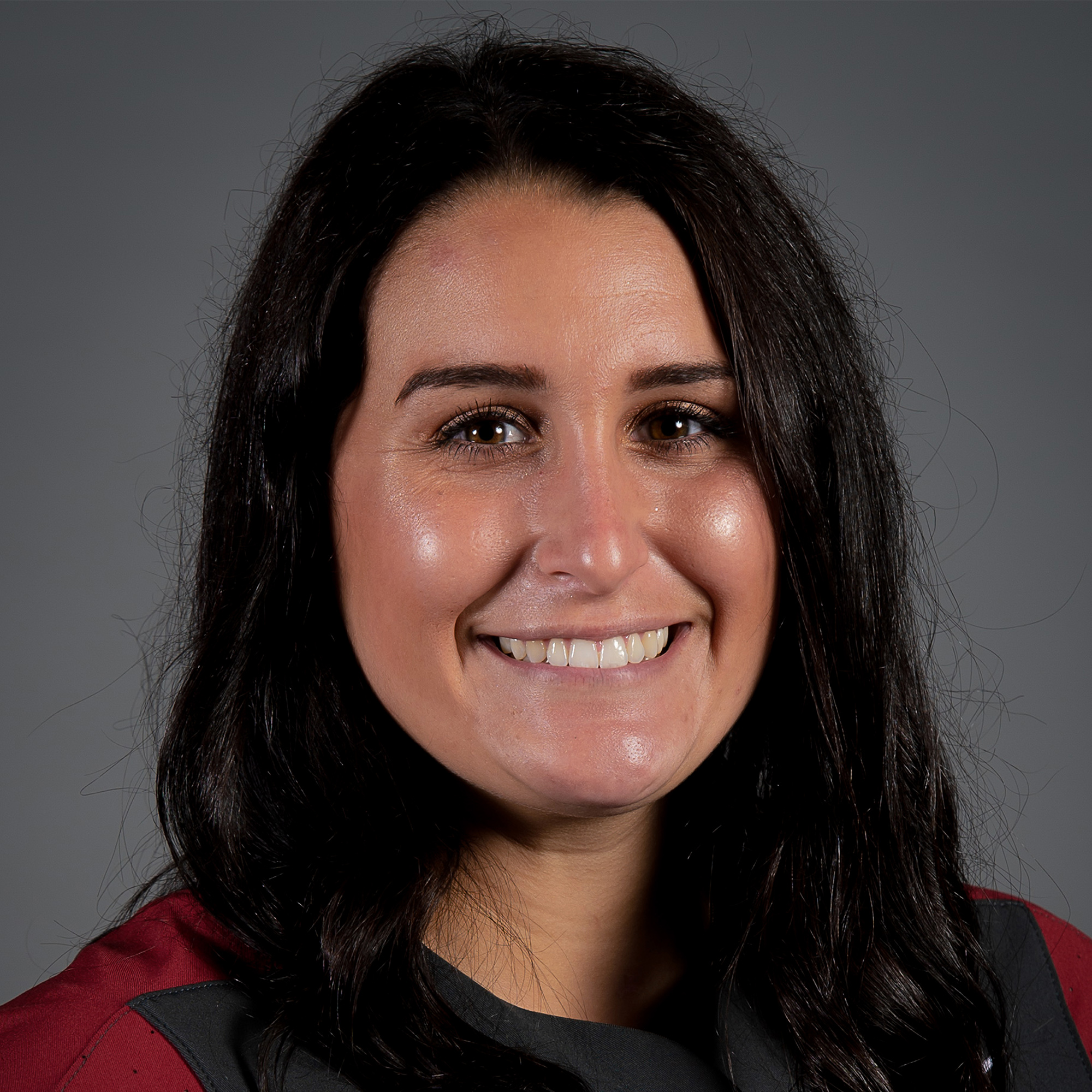 2019 | Junior
Made 34 appearances and made 11 starts (10 at shortstop, one at second)… Finished with a .264 batting average, recording 14 hits in 53 at bats… Posted three multiple-hit performances against Nevada (March 1), Boston U (March 2) and South Carolina (March 17)… Batted .467 during the Wooo Pig Classic (Feb. 28-March 2), going 7-for-15 and hit two doubles and scored three runs… Had three walks and three sacrifice hits over the course of the season… One of five Razorbacks to hit a triple and did so against SIUE (Feb. 23)… Hit a solo home run against South Carolina to top of Arkansas’ 7-4 comeback win to secure the series (March 16).

2018 | Sophomore
Played in 28 games and made 16 starts… Recorded four multi-hit performances… Had a season high three RBIs against Saint Francis (Pa.) (March 16) … Recorded one triple against Saint Francis (Pa.) (March 17)… Started red-hot in her first three appearances going 6-for-9 with three runs scored… Ended the year hitting .273 in 55 at bats including a .365 on base percentage… Hit her first career home run against UT Arlington (March 20).

2017 | Freshman
Appeared in two games including her debut as a pinch runner against CSUN (Feb. 17)… Scored the game-tying run in the top of the seventh of an 8-7 win over the Matadors… Had first career at bat in game one of doubleheader against UMKC (March 7).

Before Arkansas
Named to the Capital Valley Conference (CVC) All-Conference First Team her junior year and helped lead Roseville High School to a fourth-place league finish…. Posted a career-high .449 batting average and led the team in hits and doubles during the 2015 campaign in which she was the runner-up for CVC MVP honors… Two-time selection to the All-Sierra Foothill League (SFL) First Team as a freshman and sophomore… Member of  Tigers’ SFL championship team in 2014… Through the first three years of her prep career, has a .420 batting average with 109 hits, 23 of which have gone for extra bases… Played travel ball for Firecrackers North.