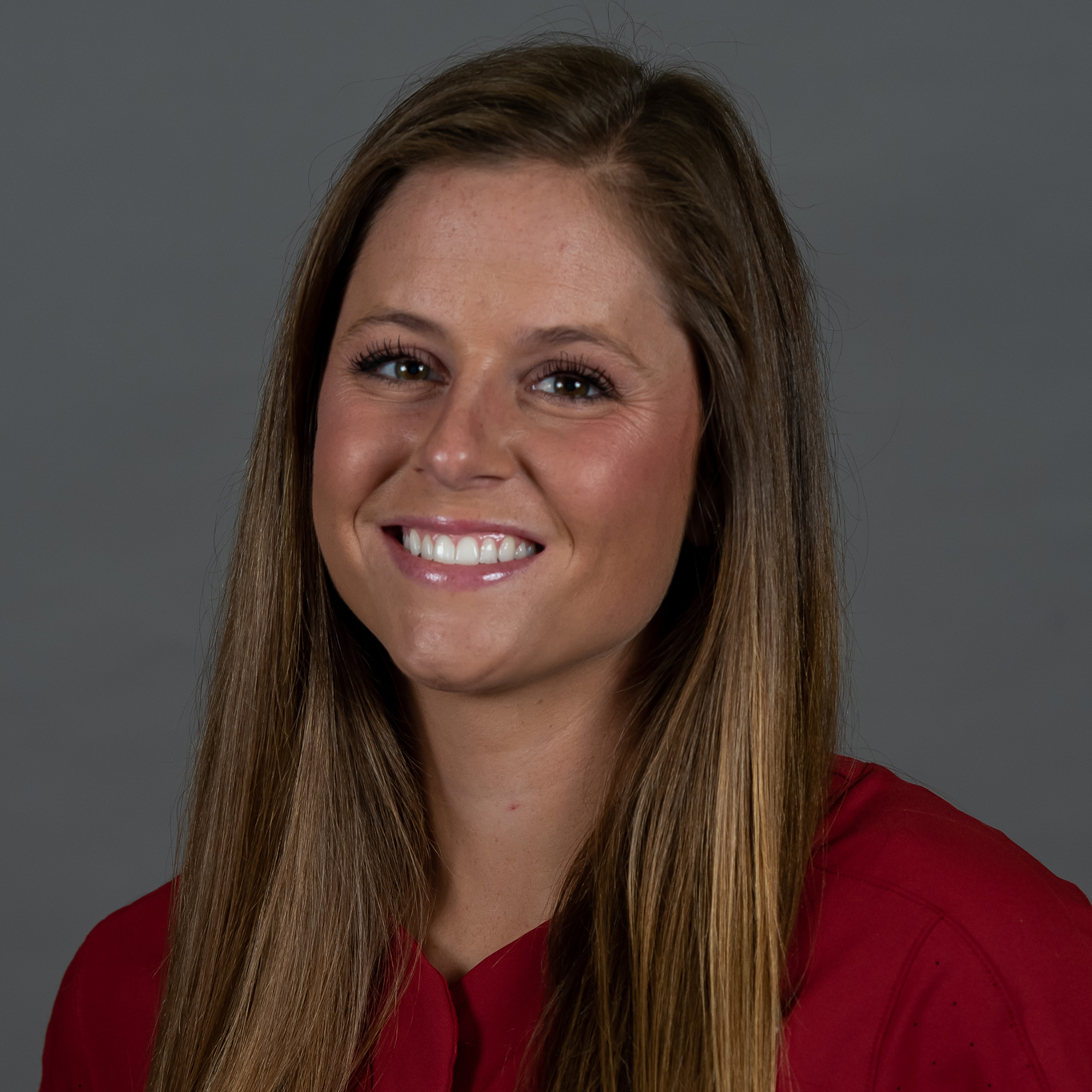 2021 | Redshirt Sophomore
Appeared in 23 games and made 19 starts, all at second base … Hit .136 (6-for-44) posting a .367 on base percentage and .341 slugging percentage … Totaled six hits, three home runs, nine RBIs, 12 walks, four hit by pitches and 12 runs scored … Started 17 of the campaign’s first 19 games … Slashed .231/.429/.577 during the month of February, registering all six of her hits on the season … Walked a career-high three times, reaching base four times overall with a hit by pitch, in the season opener against Oklahoma State (Feb. 11) … Recorded two RBIs against the Cowgirls on a pair of bases loaded free passes … Hit a home run in back-to-back games for the first time in her career, hitting a pair of solo bombs in a doubleheader at UTA (Feb. 22) … Logged only multi-hit game of the season, singling twice against North Dakota State (Feb. 25, Game 2) … Went 1-for-3 with a three-run home run, setting a season-high in RBIs, against Southeast Missouri (Feb. 26) … Started the SEC Tournament game against Tennessee (May 13), going 0-for-2.

Prior to Arkansas
Earned four letters at Carl Albert High School… Named all-district and Big All-City all four seasons and earned all-state honors as a senior… Led her team to four district championships and regional titles, culminating in the 5A state title in her senior season… Spent time at shortstop and in the circle… Hit .528 during her career (.500 or better each year) with a .596 on-base percentage, 218 runs scored, 217 RBI, 52 doubles, 32 triples, 33 home runs, 78 walks to 50 strikeouts and 51 stolen bases… Threw 204.1 career innings with a 28-10 record, two saves, a 1.98 earned run average and 144 strikeouts… Played travel ball for Oklahoma Athletics Premier… won multiple Top Gun championships.

Personal
Daughter of Joe and Renee LaValley… has two siblings, Gavin and Christina… Brother Gavin is an infielder in the Cincinnati Reds organization and was a fourth round draft selection out of high school (2014)… Cousin, Zadie LaValley, is a freshman infielder on Baylor’s softball team and also wears No. 99… Cousin, Carter LaValley, is a redshirt freshman infielder at Oklahoma… Majoring in Recreation and Sports Management.